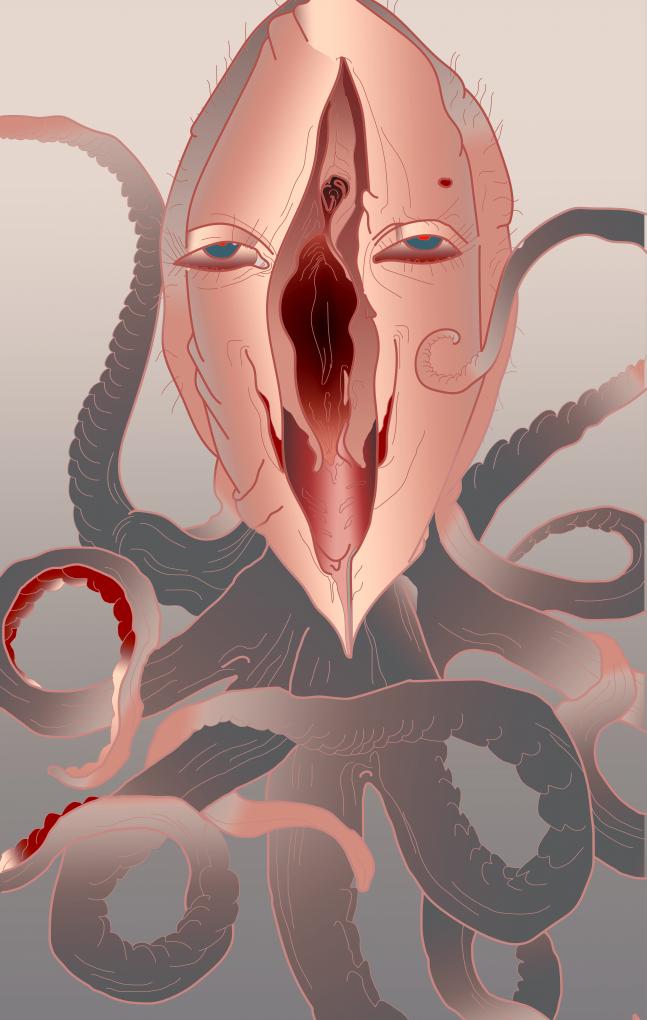 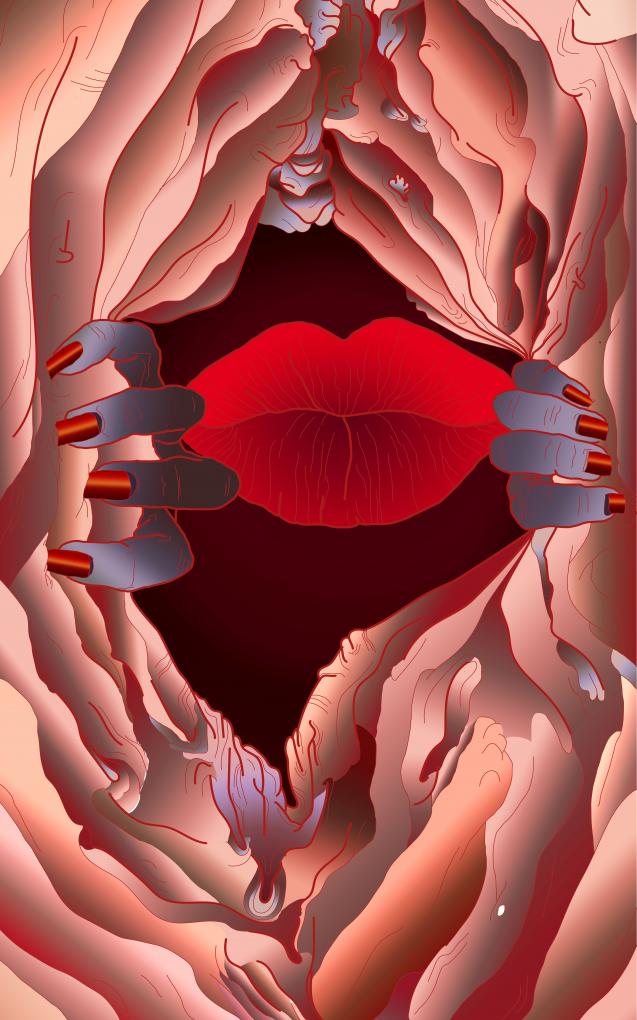 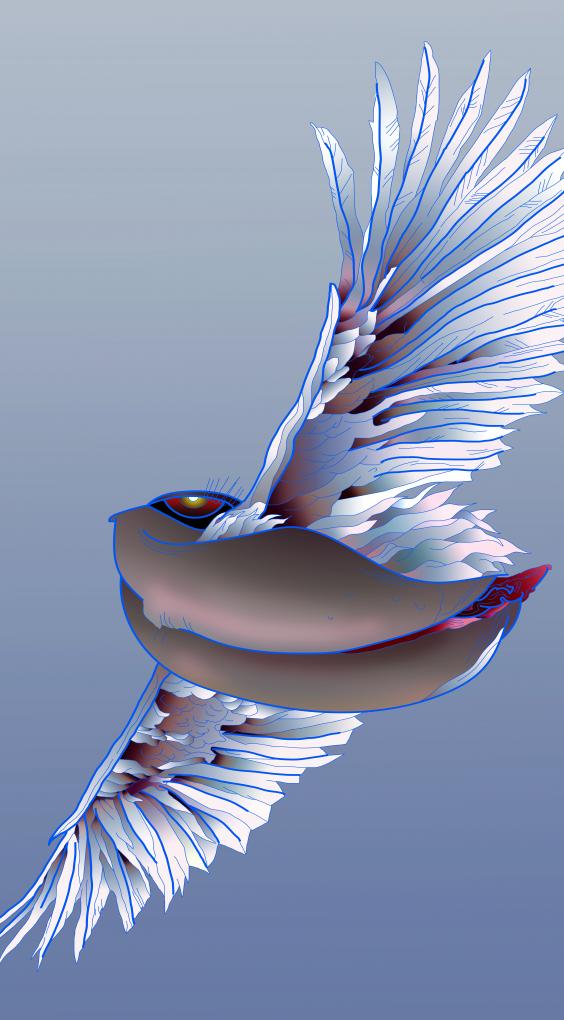 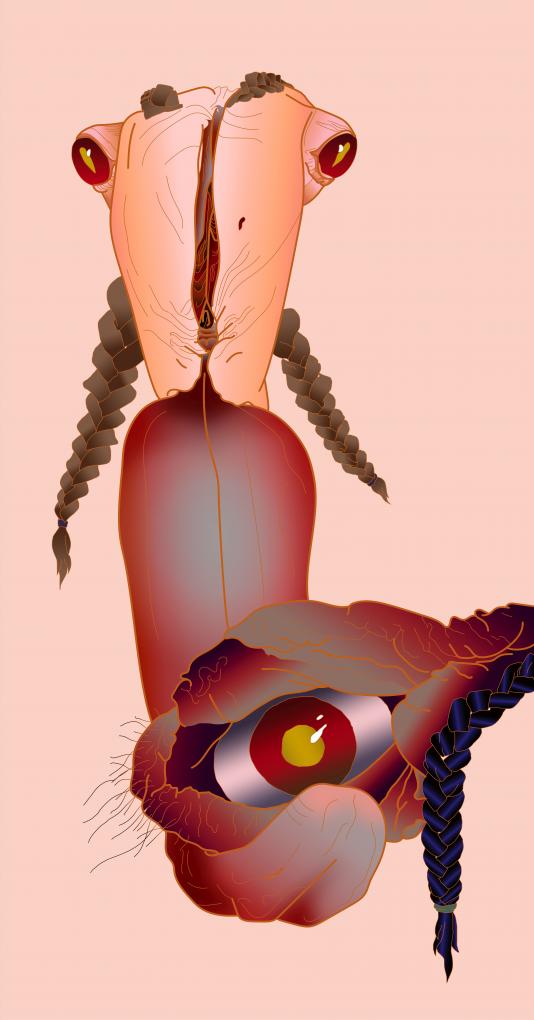 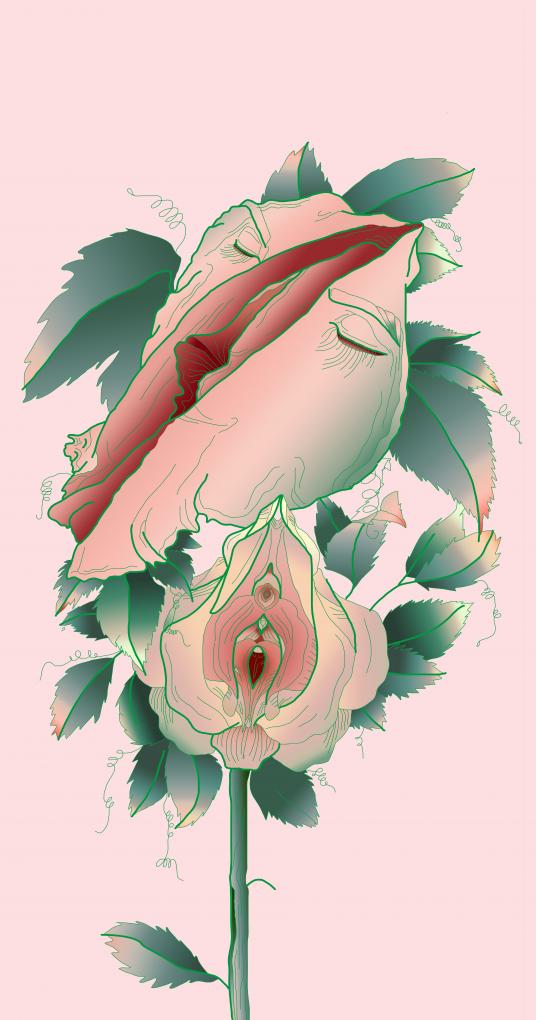 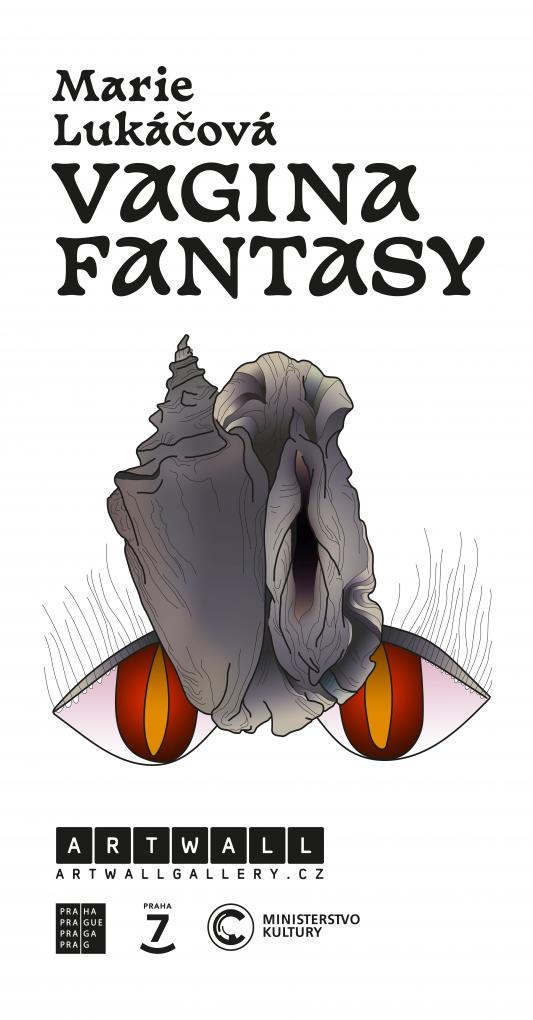 If the vaginas had dreams, they could take the form that Marie Lukáčová comes up with in a series called Vagina Fantasy. The vaginas in the images acquired wings, tentacles, braids and mouths. Images of vaginas in the form of flowers, conches or birds remind us of the oeuvre of Czech surrealist painter Toyen, and with poetic ease and wit they disrupt the concept of female sexual organs as impure body parts associated with feelings of insecurity and shame, better not to be talked talk about at all. The artist opposes stigmatization of female genitals typical of modern Western society that has relegated depiction of the vagina to the field of pornography. These images of vaginas also have a political dimension. They are a symbol of feminist resistance to the forces within society that deny women (including trans women) control over their bodies.

“Vagina monsters”, as Lukáčová refers to them, are beings born of a feeling of freedom and unbridled imagination. Their monstrosity has a positive value for the artist. It is an expression of their strength, independence from social conventions and notions of beauty. Vaginas in the form of autonomous creatures resist objectification and refuse to be a mere source of male pleasure or an organ associated with reproduction. At the same time, the paintings evoke celebration of the vulva as a source of female erotic energy and spirituality. For Lukáčová they represent a way to female sexuality and sexuality in general freed from the regime of phallocentric logic, according to which everything is viewed from male perspective, and where the male anatomy and experience of the world are considered the norm.

Female bodies are subject to patriarchal power, whether it is by means of sexual violence, which all too often goes unpunished, forced sterilization or the introduction of restrictive anti-abortion laws. Transphobic and homophobic campaigns, supported in many countries by a discriminatory legislation, fall into the same category. So the series is not just a gesture celebrating female sexuality, but also an expression of support for Polish demonstrators or activists fighting for the rights of sexual minorities. The exhibition also recalls the current case of Yulia Tsvetkova, who is currently facing up to six years in prison for her role as administrator of a site on social media, where she posted artistic depictions of vaginas.

This is also the reason why the exhibition belongs to the public space. It is an expression of female self-determination and a manifestation of an approach in which the vagina will no longer be a source of outrage and shame, but of pride and pleasure.

Marie Lukáčová is a painter, director, animator, rapper and co-founder of the feminist group Fourth Wave. She studied painting at FaVU Brno and in the supermedia studio at the Academy of Arts, Architecture and Design in Prague. In 2019, she was a finalist of the Jindřich Chalupecký Award. She teaches at the Center for Audiovisual Studies at FAMU.

photo of the exhibtion at Artwall: Martin Micka 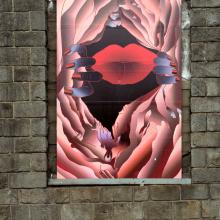 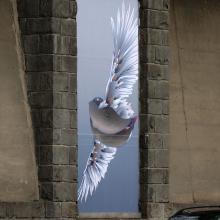 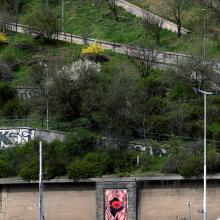 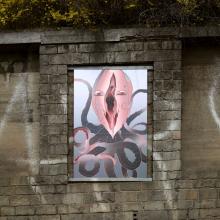 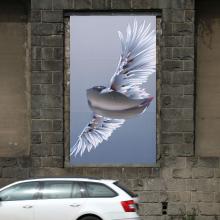 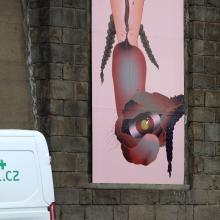 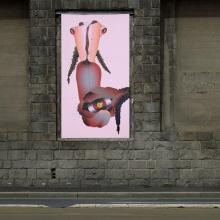 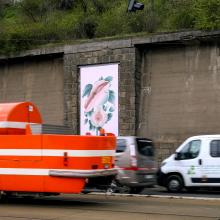 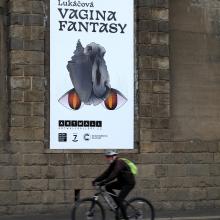 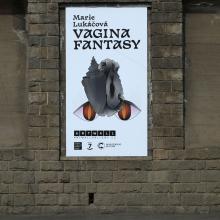