Adam Tománek: Darkness under the Sun 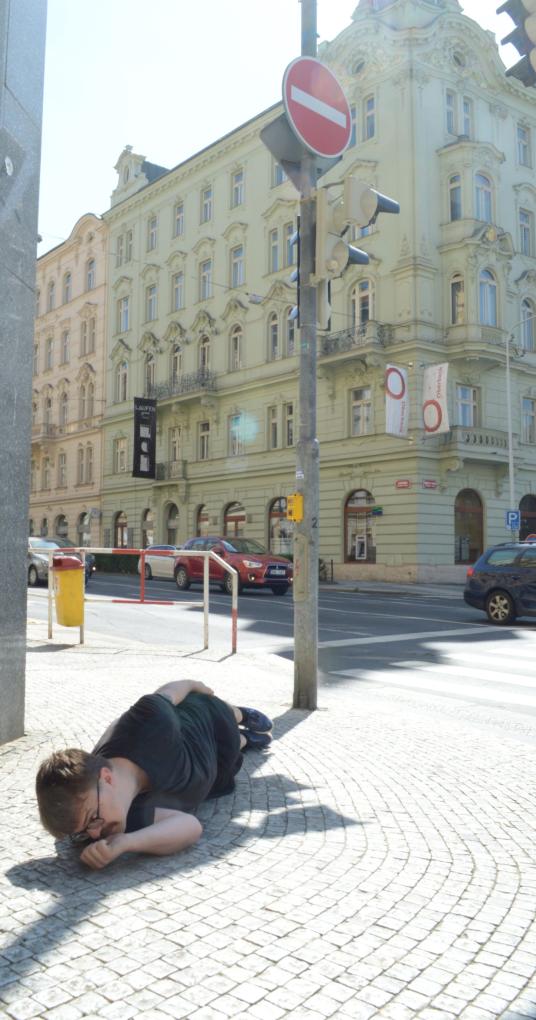 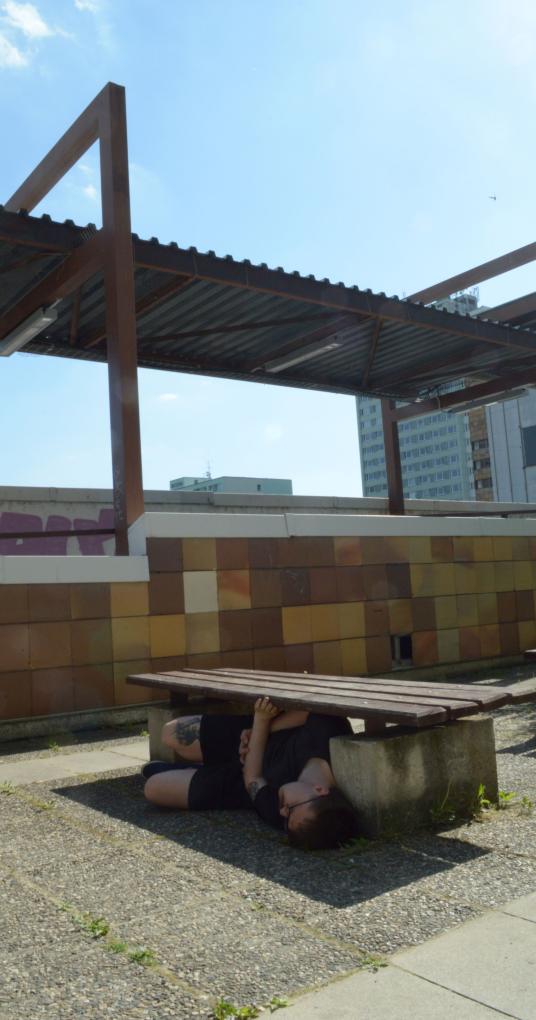 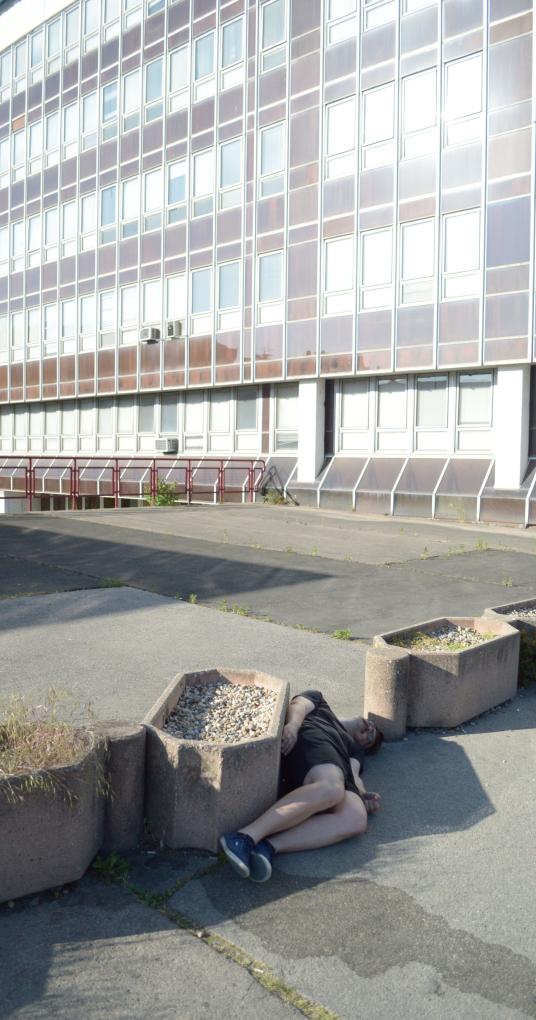 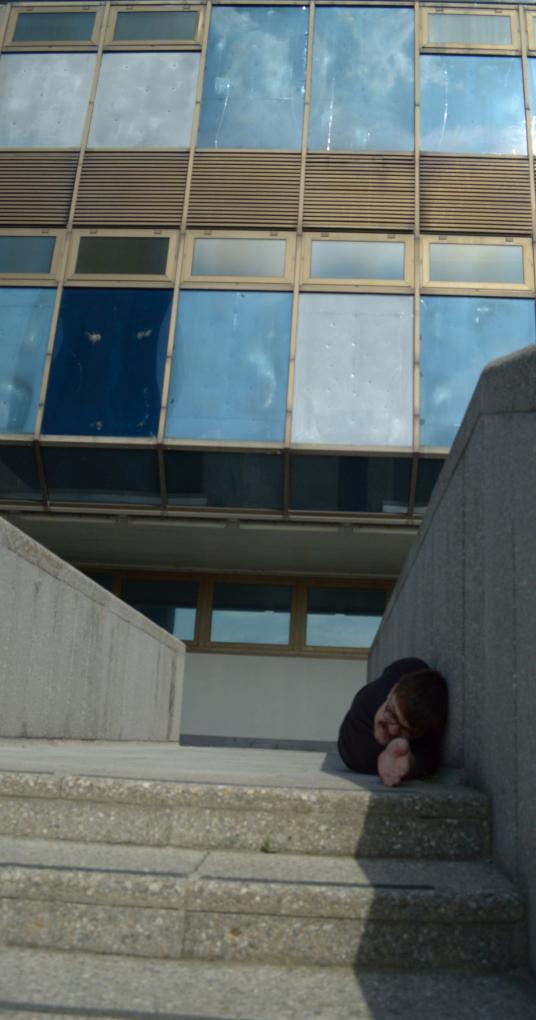 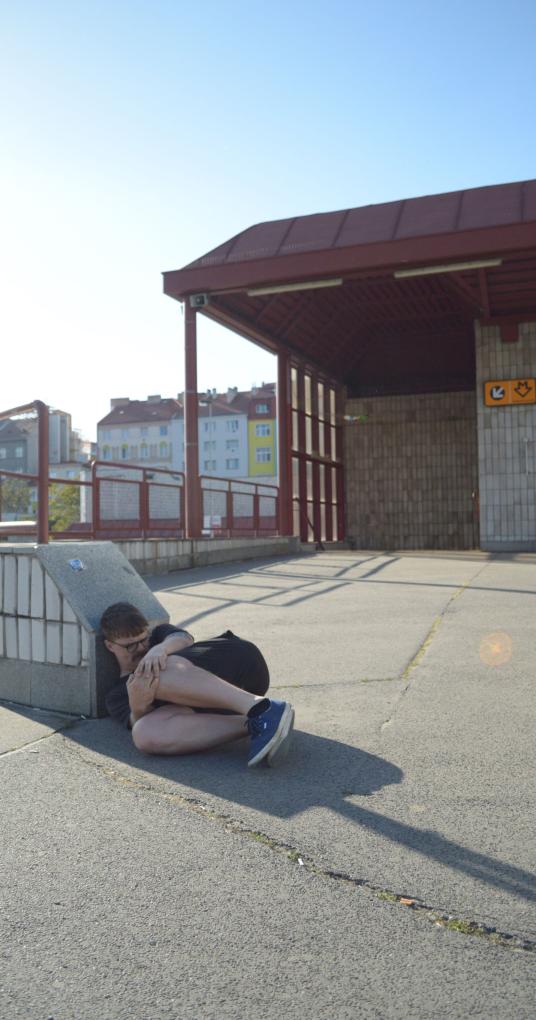 Adam Tománek - Darkness under the Sun

In the middle of a hot summer, he squeezes his body into a miniature shade on a concrete patch in the suburbs. He walks through the center and the periphery, searching for the possibilities of hiding from the sun. He interacts with passers-by and the space and his search for a shadow takes on different forms and meanings.

With his simple presentation, Tománek enters into a dialogue with the tradition of Czech conceptual performance, but at the same time moves away from a phenomenological research of the body in space towards a critical analysis of the impact of climate change in the context of the city. The dystopian vision that Tománek embodies through minimal means draws attention to the pressing problem of global warming.

This May, the temperature in the Indian capital Delhi rose to 44.2 degrees Celsius that is 5 degrees higher than usual. Other cities had scored 47 degrees. A situation that is unimaginable to us is already a reality elsewhere. At the same time the climate change is having the greatest impact on the socially vulnerable, the elderly, women and children.

The body of the artist squeezed into a tiny shadow in the cityscape generates meanings referring to life on a warming planet and to the poorest social groups within our society. It responds to the problems we will increasingly face as inhabitants of cities designed in a way that is far from sustainable.

Downloads
tomanek_invitation_EN.pdf
Photos of the exhibition 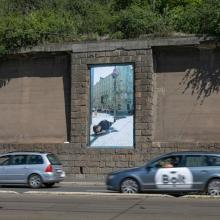 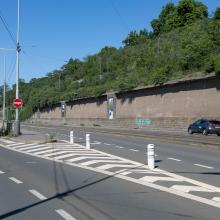 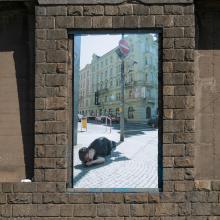 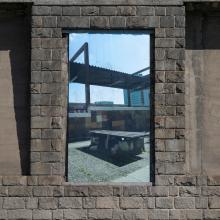 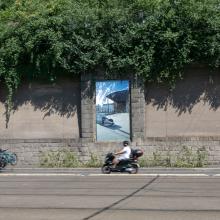 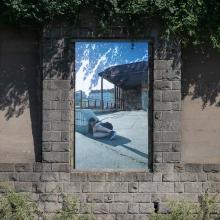 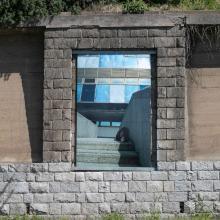 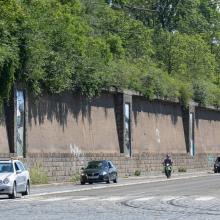 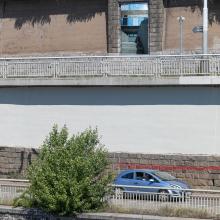 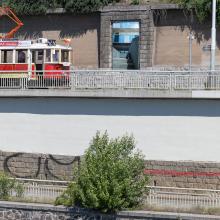 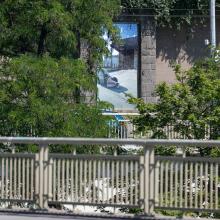 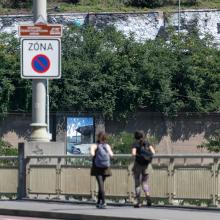