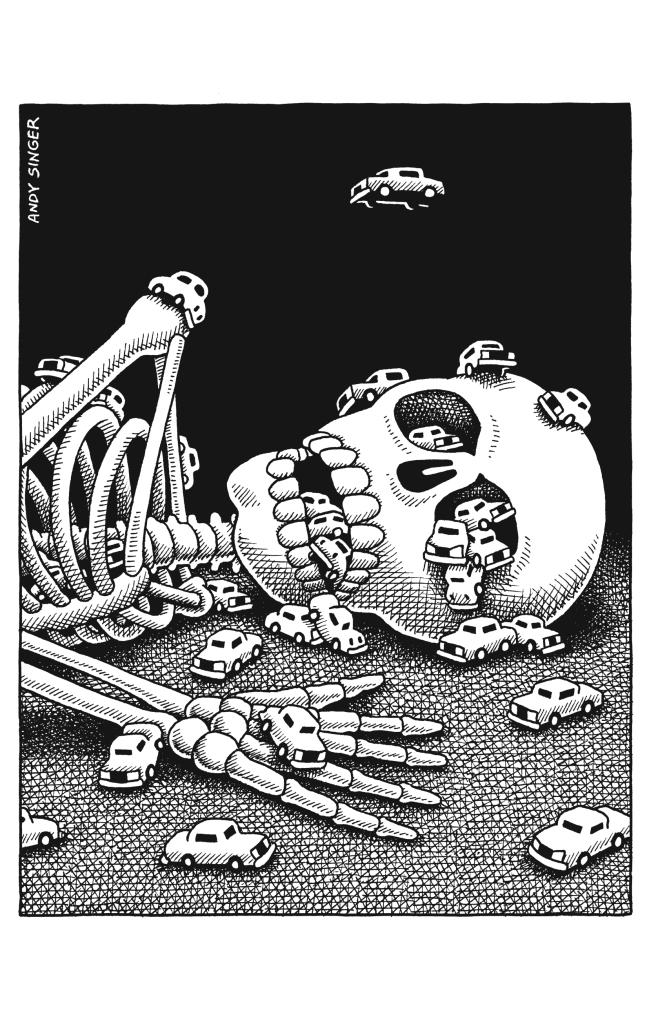 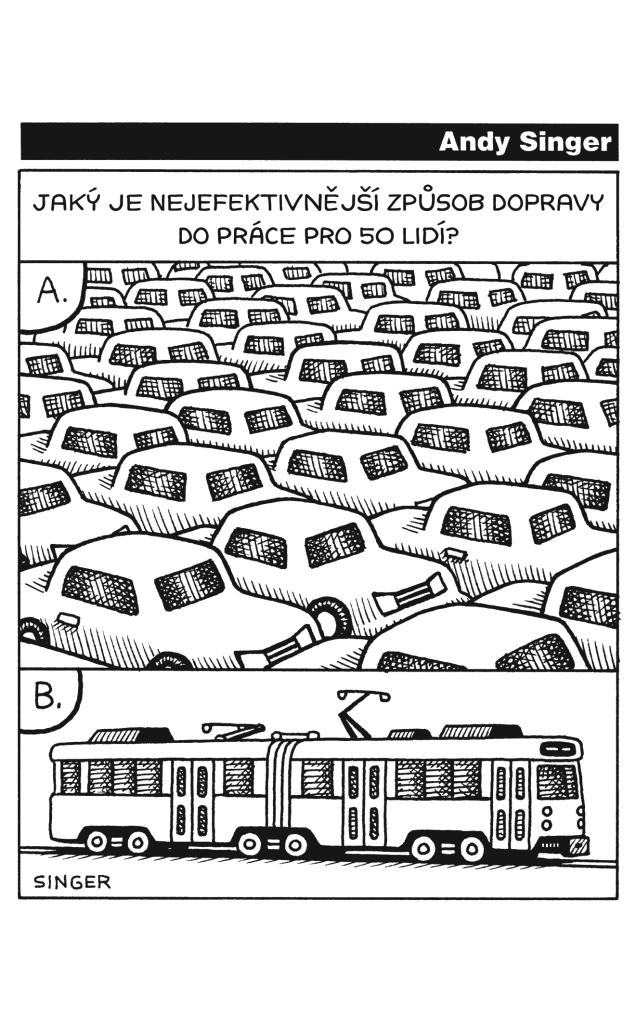 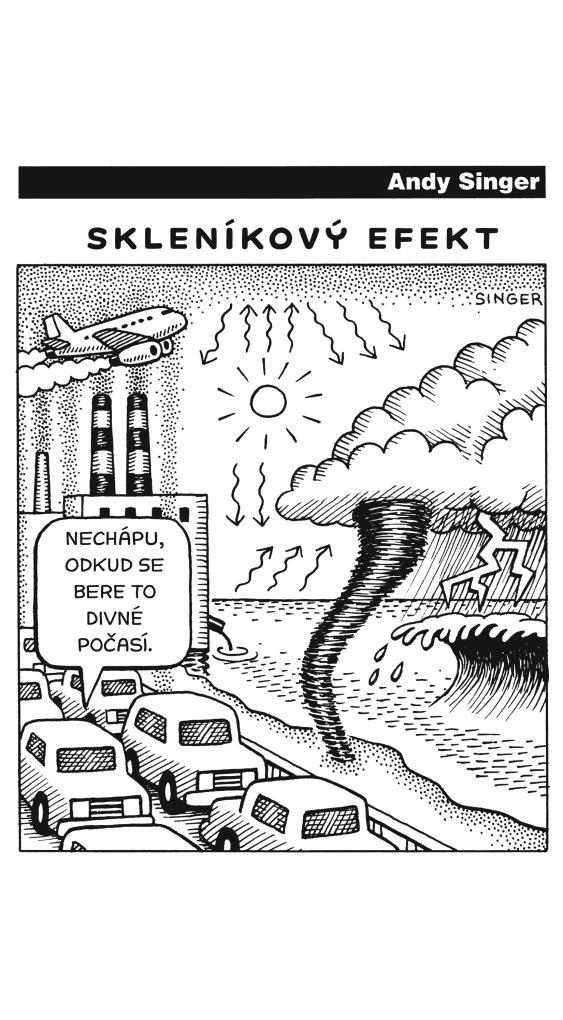 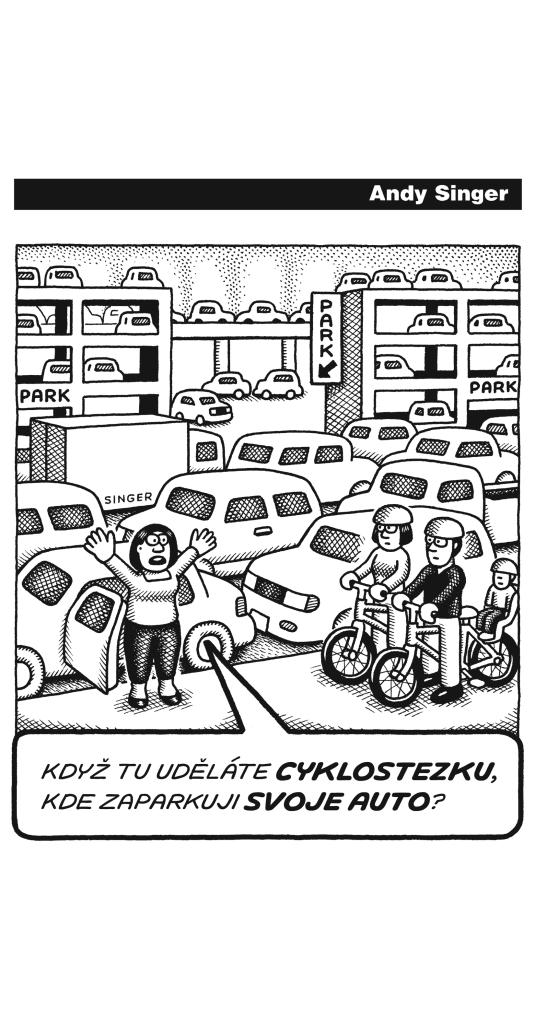 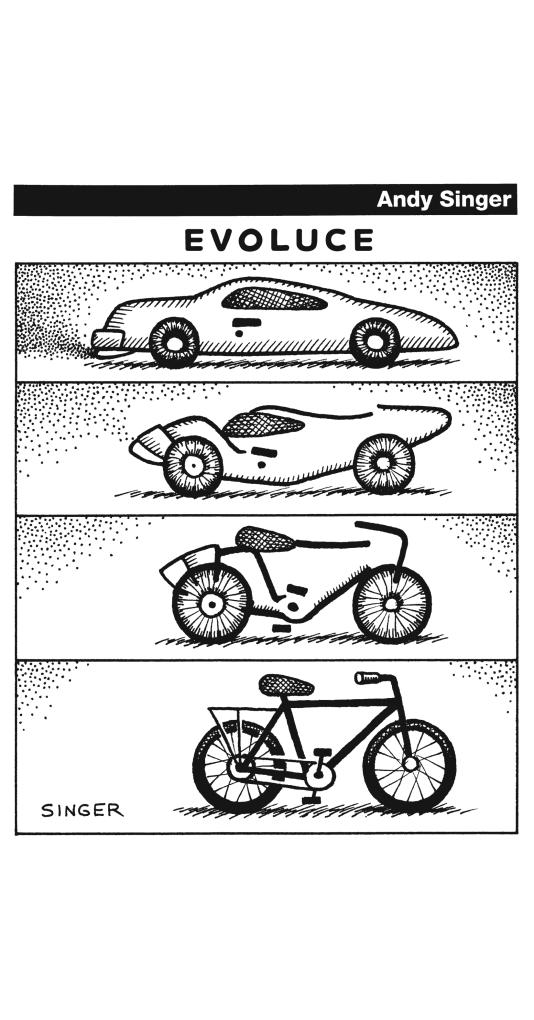 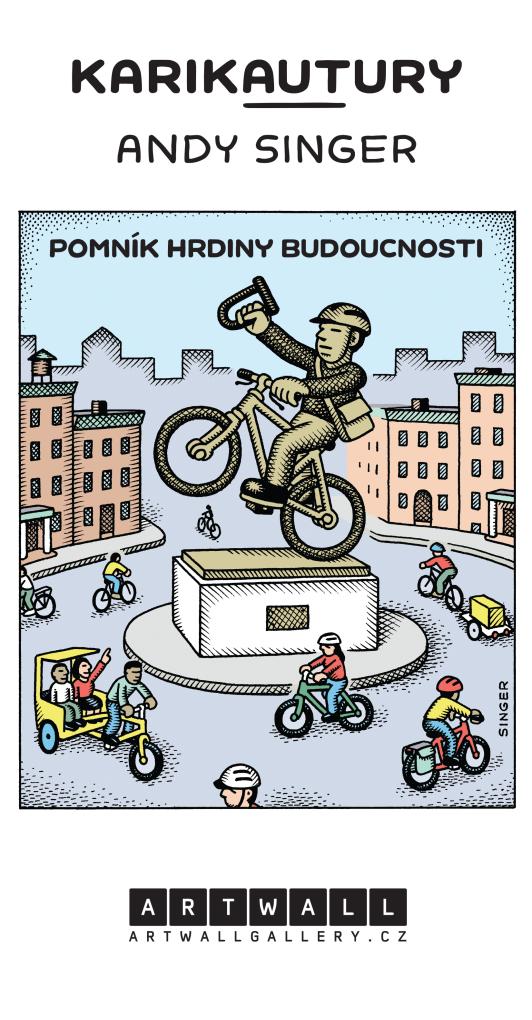 On the panels of Prague's Artwall gallery, located by a busy road on the Vltava embankment, there are drawings of a city overwhelmed by cars. The exhibition by American cartoonist and comic artist Andy Singer draws attention to the unsustainability of the current mode of mobility. In the context of the current debate on the climate crisis and the reduction of CO2 emissions, it is clear that the mobility based on individual car transport that today's cities are adapted to must inevitably change.

Andy Singer has been drawing strips targeting excessive motoring and promoting cycling for over thirty years. His political cartoons highlight the problems of American society, where the negative consequences of car traffic are even more visible than in Europe. He depicts the paradoxes of motoring in urban environments, but also suggests solutions that lie in the promotion of cycling and public transport.

The drawing of an overgrown human skeleton covered by cars is a warning of the bleak future of humanity. The artist himself adds: "If humans don't quickly and drastically reduce their "vehicle miles traveled", they will incinerate themselves and the planet."

Since the 1970s, the car has been the predominant means of personal transport. Nowadays, car ownership is taken for granted, even a necessity for some. The car is also often seen as a status symbol. This situation has brought with it noise and air pollution. Road infrastructure has fundamentally changed the face of cities and landscapes. Scientific research clearly shows that in order to tackle the climate crisis, it is necessary to radically reduce CO2 emissions, of which transport is a major contributor. Currently, almost 30% of all carbon dioxide emissions in the EU are caused by the transport of people and goods, with passenger cars accounting for up to 60% of total transport emissions.

Curators Lenka Kukurová and Zuzana Štefková say of the exhibition, "Comic drawings, which are funny and urgent at the same time, are a very effective tool for communicating with the public. Andy Singer is able to convey a complex topic in a simple form and thus awaken people from their inactivity."

"The situation in Prague is improving in many ways. However, there is still an unfounded idea that cars cannot be significantly reduced and that we will not get rid of the city's congestion except by building more urban motorways, which is an absolutely devastating contradiction for Prague. Singer's pictures definitely have something to tell us even more than two decades after their creation," adds Vratislav Filler, an expert on cycling from the AutoMat association.

The opening of the exhibition will take place on 16 November 2021 at 6 pm at Bike Jesus, Štvanice Island, Prague 7. The opening will be realised in cooperation with the AutoMat association. The exhibition is under the auspices of Prague City Councillor Hana Třeštíková.

About the artist:
Andy Singer is an alien from another planet. On his planet, everyone gets around by bicycle or on foot. He came to earth in the 1960s to warn humans that they need to stop driving. So far, no one seems to be heeding his
warnings. Andy communicates using e-mail and small drawings. You can see more of his work at http://www.andysinger.com/. His book CARtoons (KarikAUTury) has been translated into Czech.

The project is supported by the Ministry of Culture of the Czech Republic, the City of Prague and the Prague 7 Municipal District.
Media partners of the project are Artmap, Radio 1, GoOut.

What is the most efficient way for fifty people to get to work?

Greenhouse effect. Gosh, I wonder why we are getting this weird weather.

If you take this parking for a bike lane, where will I park my car?! 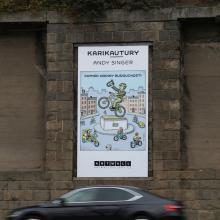 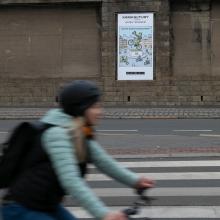 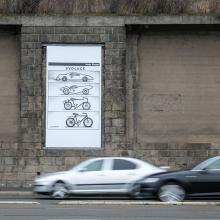 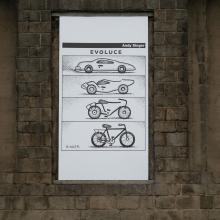 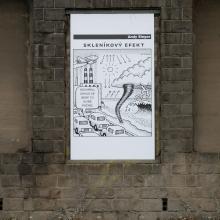 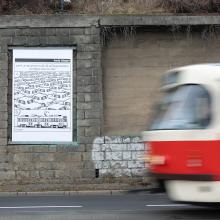 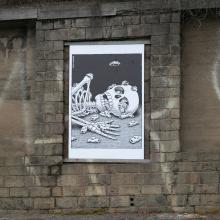 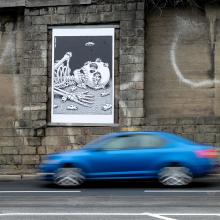 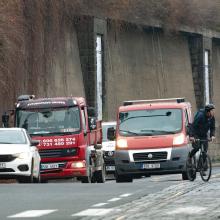 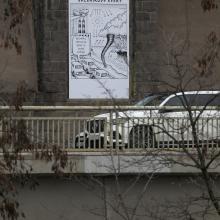 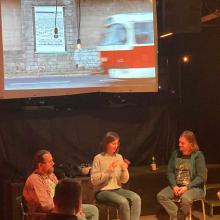 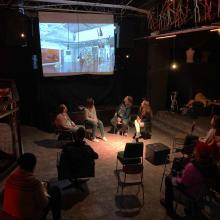