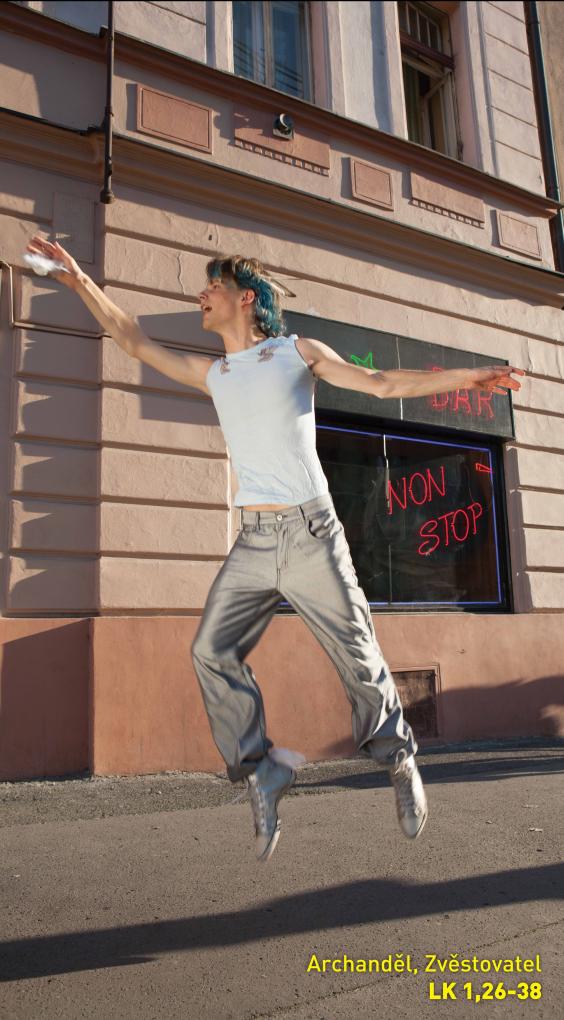 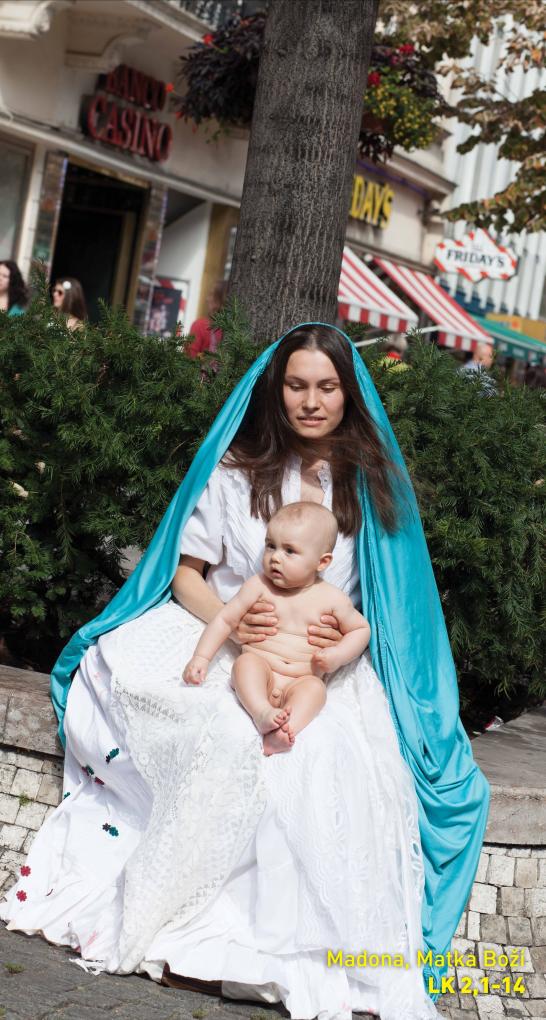 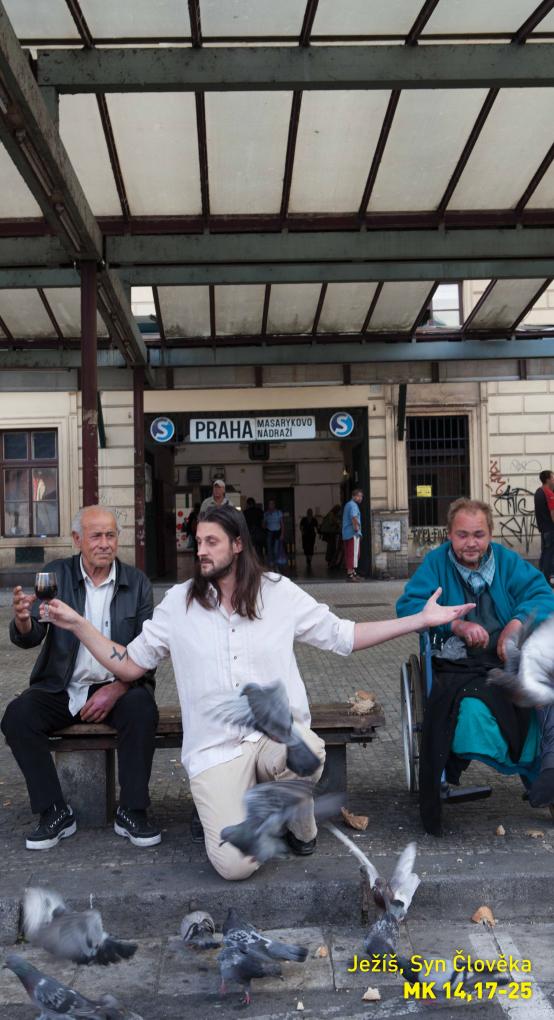 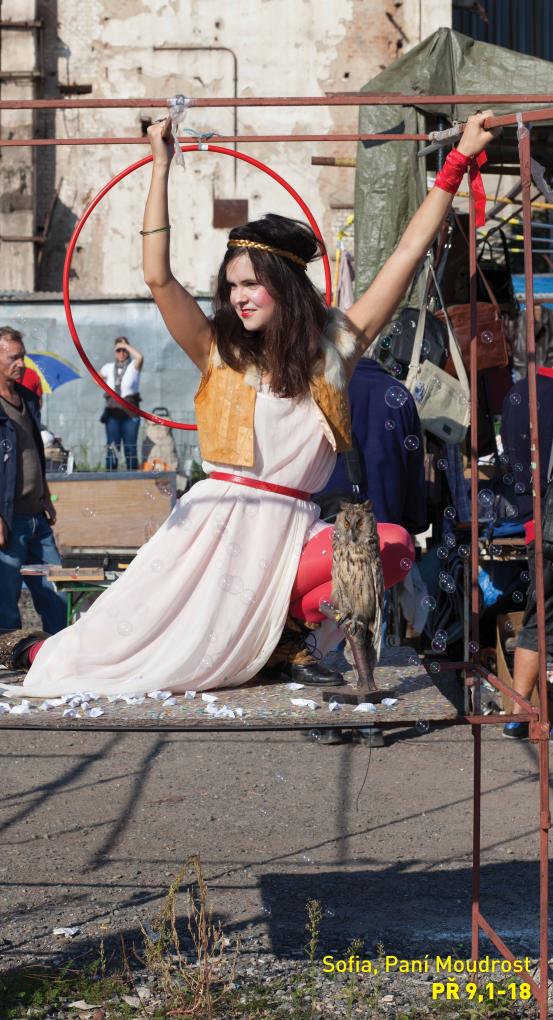 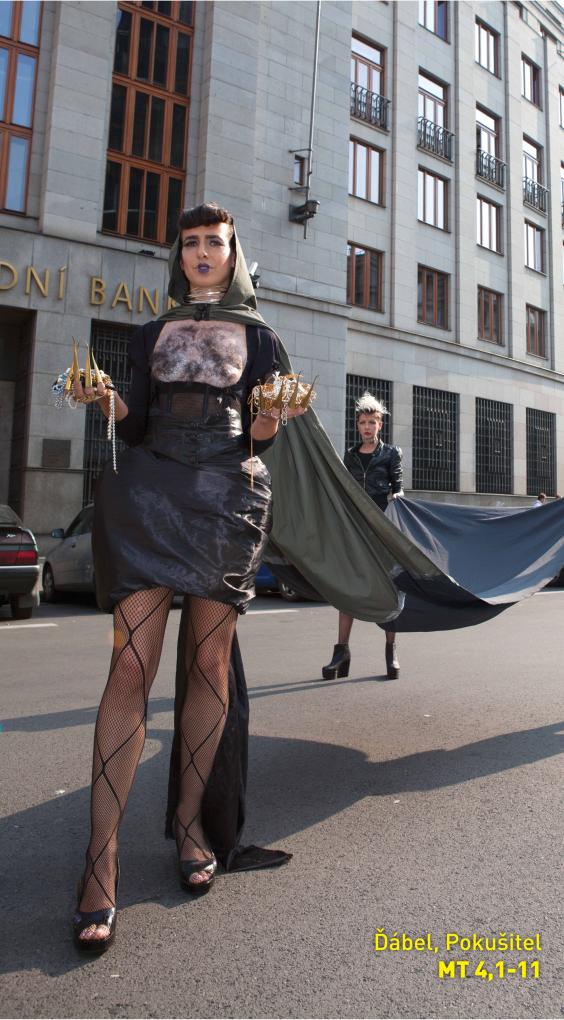 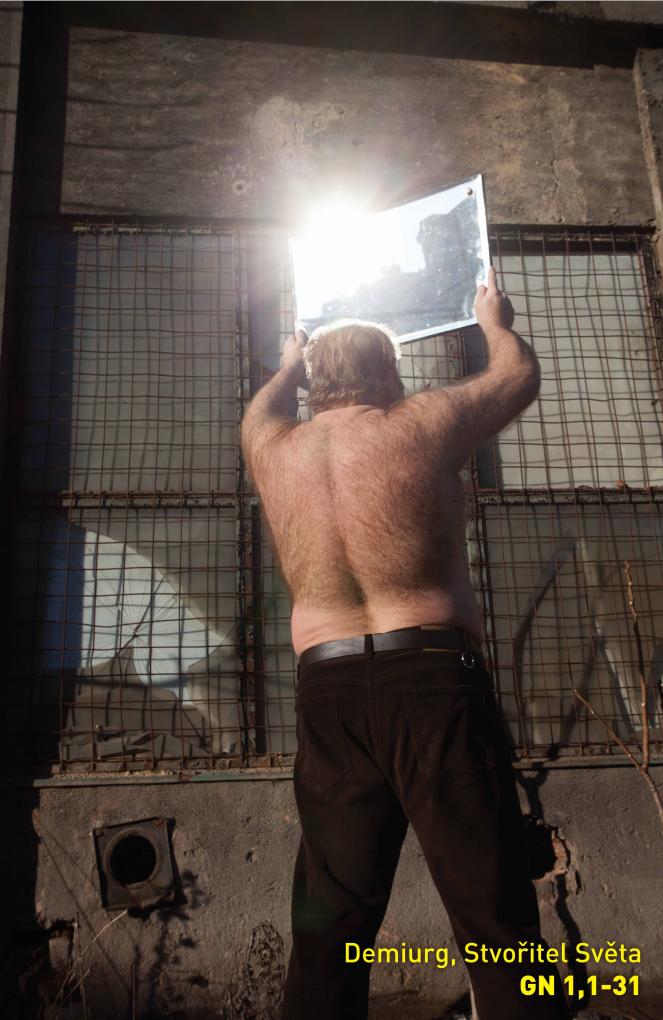 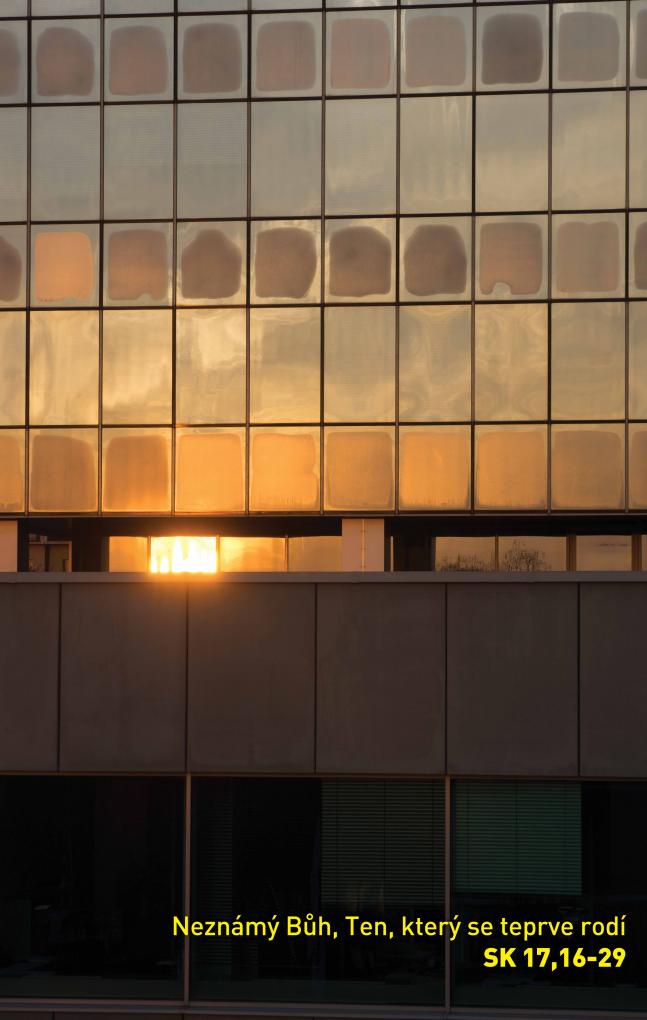 Darina Alster, in her project Imago Dei, works with expressions of religious archetypal figures and oﬀers viewers their own personal appropriation of early Christian gnosis, which she places in the context of a city in the 21st century. In her interpretation, sacred beings walk through Prague, sit on benches, sun themselves at flea markets and feed pigeons at bus stops. The artist thus opens a series of questions for many forms of faith in a contemporary, in our case perhaps atheistic, society: What role does faith play in the life of today’s cosmopolitan citizen? What values influence the curve on their personal graph of happiness? Can they at all find themselves a space for contemplating these questions in an anonymous and hectic urban environment?

The figures from Christian theology, made up of six figurative embodiments and one Unknown divine power, do not oﬀer a clear answer to these questions. Rather, they encourage passers-by to consider – perhaps the meaningfulness of their current journey, perhaps the significance of the journey in and of itself. Hundreds of people go past the Artwall Gallery every day, pushing themselves into trams or sitting behind a steering wheel. They transport themselves from place to place. They have no time for dreaming. Darina Alster is in the midst of their daily hustle and bustle, confronting it with symbolic religious expressions that she removes from their – for many people depersonalized – traditional context in order to move them closer to the natural surroundings of the viewer.

The Imago Dei project is certainly not a brush-up of Christian traditions. It is rather a search for lost faith in
higher values exceeding humanity in all of their – more or less presentable – forms. With her photographic series she turns the attention to the spiritual side of human life, and without clearly positive or negative evaluation she communicates about faith in a transcendental power that can be understood as a guarantee on the maintenance of healthy human humility. She is, therefore, neither an apologist nor a critic of religious faith – she is merely a reminder that the approach of end of the world is not necessary for one to realize that we are not empty robotic machines mechanically fulfilling a pre-programmed phase in our life cycle. 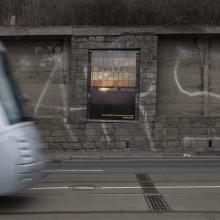 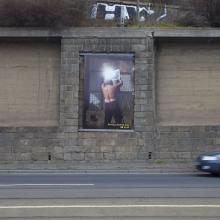 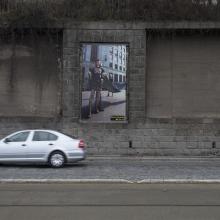 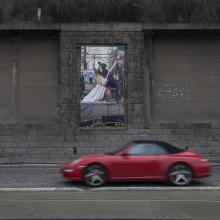 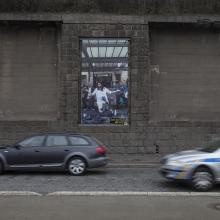 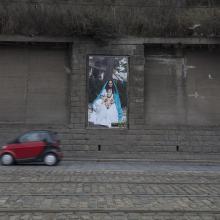 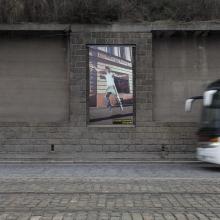 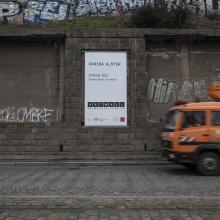