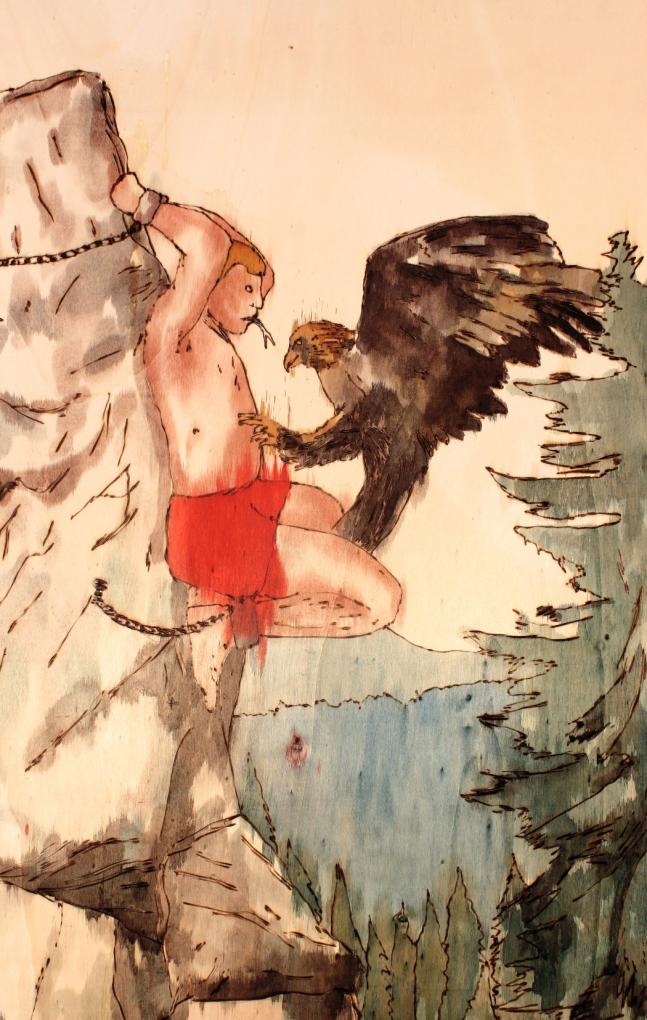 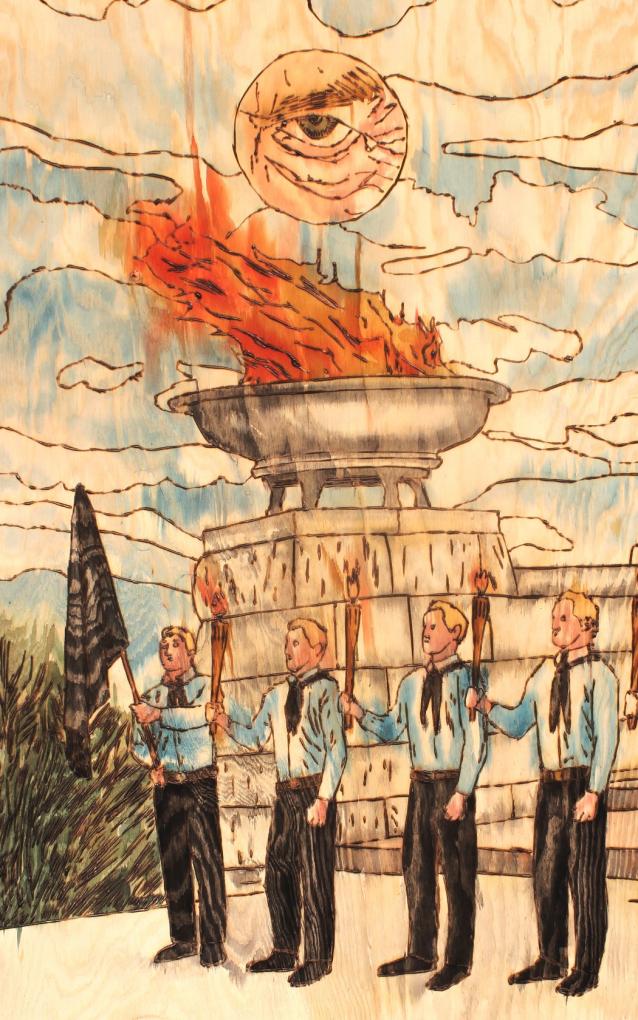 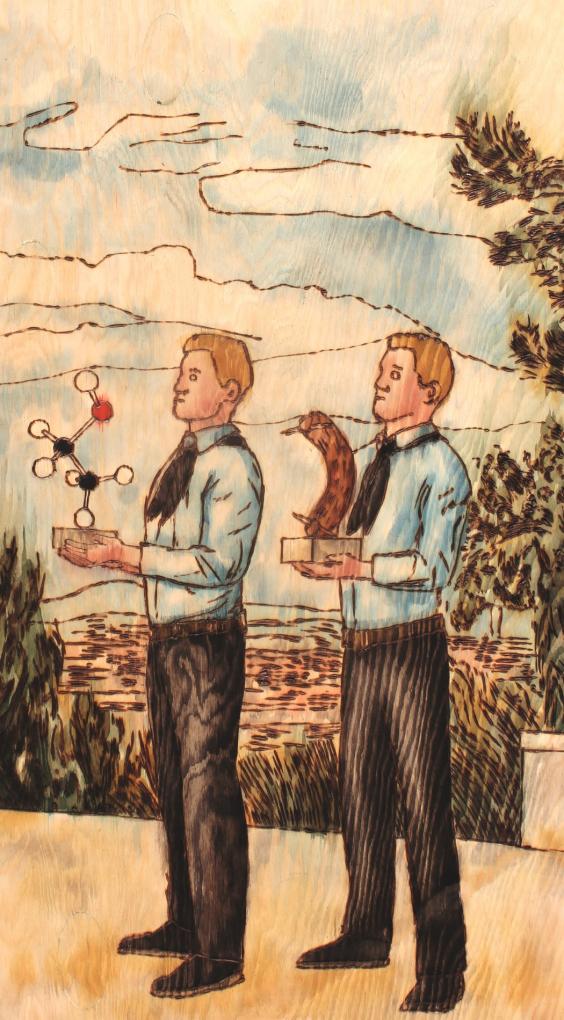 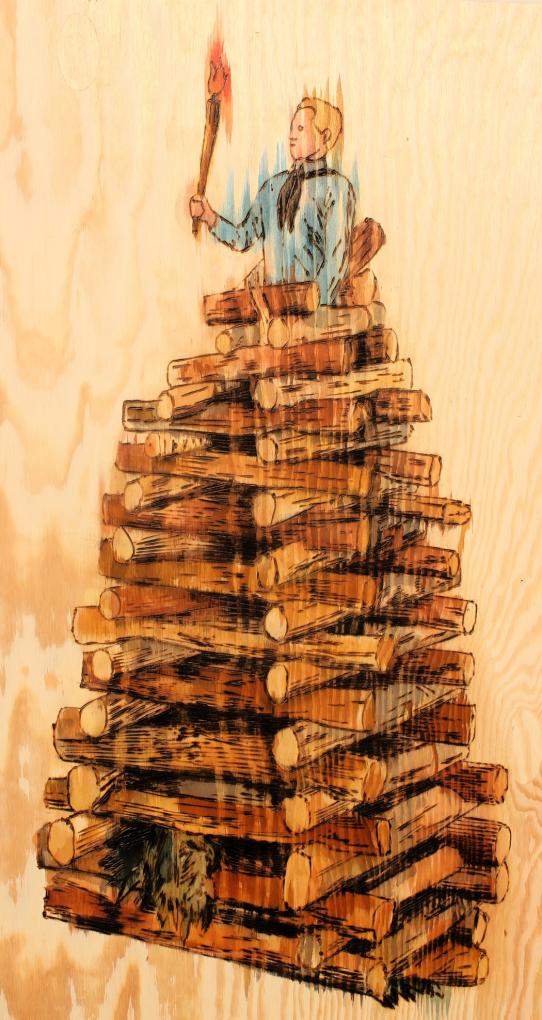 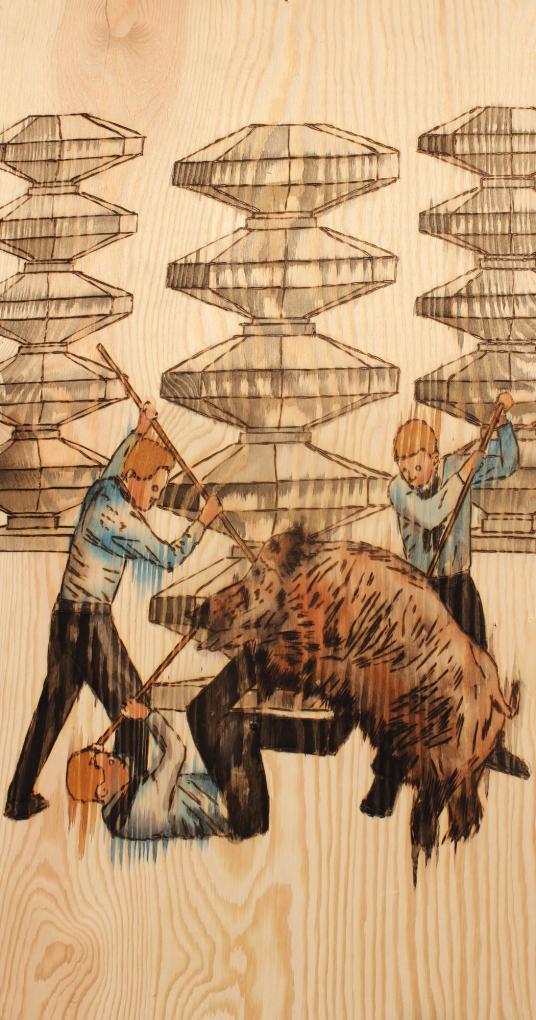 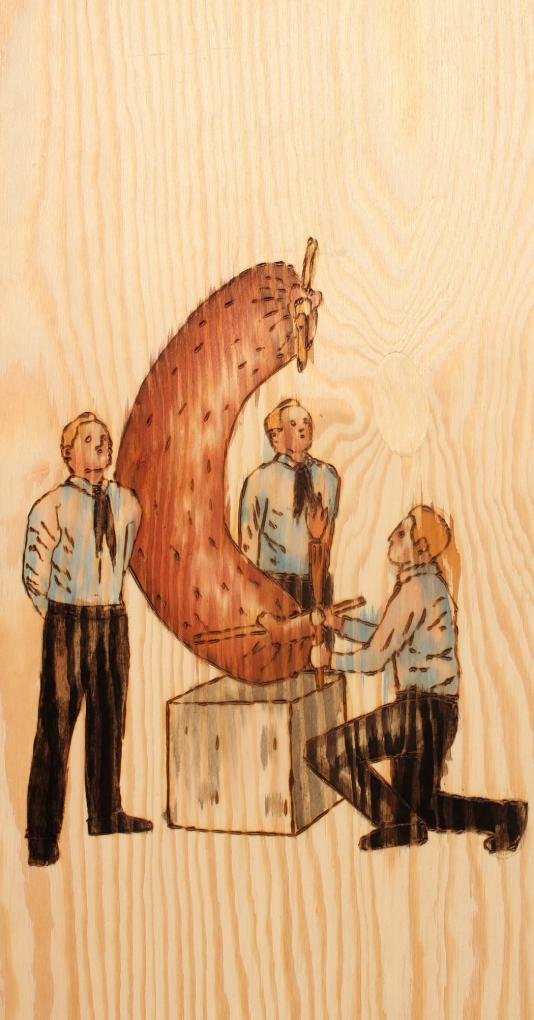 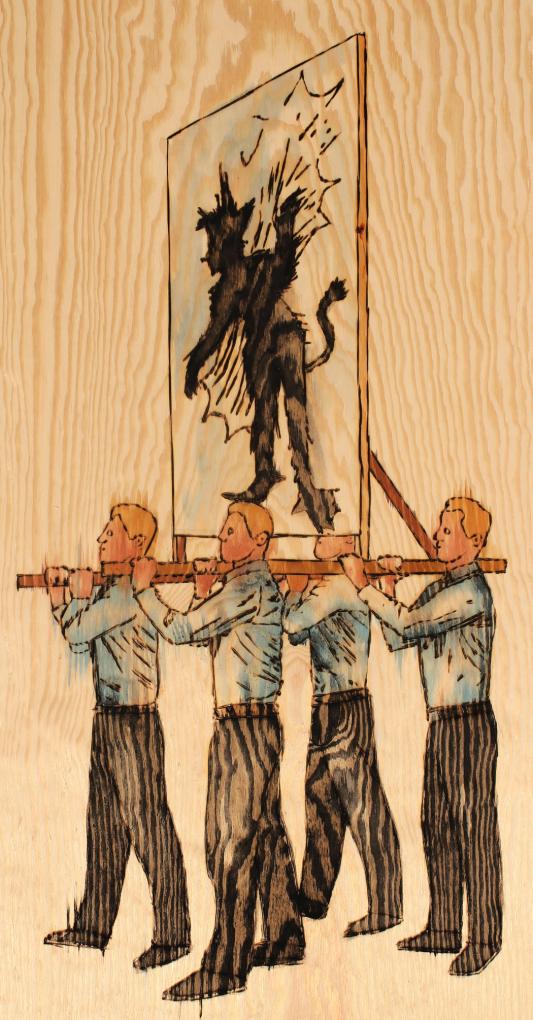 The exhibition the Slovak duo was created for the space of a wall under Letná park and responds to the theme of normalisation in history, present, and in the dystopian vision of the future. It shows a fictional world dominated by uniformity and ritualistic, irrational behavior. Scenes full of strange symbols are mythical, and disturbing, evoking curiosity and repulsive at the same time. In the images, we see youngsters in uniforms reminiscent of clones engaged in various activities such as hunting a wild boar, worshipping bizarre idols, standing on guard with torches, or marching with allegorical cultic models.

“We portray a vision of a world inspired by real or fictional events taking place accross centuries in landscapes partially inspired by Prague exteriors. In the paintings there are young men in various situations associated with attributes of strength and youth, as well as subordination to something or someone higher,” comment the artist.

The space where the gallery is located consists of stone niches in the retaining wall, built in the 1950s while building a monument to Stalin. Niches were originally intended for the presentation of regime's propaganda and this is what the New World exhibition recalls. The exhibition's title refers to the book by Aldous Huxley Brave New World that seeks to warn people against the dangers of the subordination of man and nature to a system. "The exhibition evokes the issue of freedom and control of the society," says Lenka Kukurová, one of the curators of the project.

The artists describe their work as follows: "The motifs, with which we work, are not as fictional as they may seem. They are perhaps exaggerated, but we apply the same methods that were used in illustrations in the past. Some things are exaggerated, however, these are issues that everyone meets with and in some way they are stored in the subconscious."

To create the images, Demjanovič and Mitríková used the technique of pyrography or burning of an image into a wooden board. This technique is widely used in folk art and for decorative purposes. The artists work with tinted pyrography for a long time and this technique has become the hallmark of their works. These original pyrographies will be exhibited during the opening in Berlin Model Gallery.

Jarmila Mitríková (1986) and Dávid Demjanovič (1985) work as a duo since 2009. Jarmila Mitríková began her studies at the Academy of Fine Arts in Bratislava in the studio of ceramics of Ivica Vidrová and continued in the painting studio of Ivan Csudai. Dávid Demjanovič graduated from the intermedia studio of Anton Čierny at the Academy of Fine Arts, where he received his PhD. The pair delves into the issue of personal mythologies, inspired by history, design, and architecture.

The present exhibition program is implemented by c2c circle of curators and critics under the patronage of the Prague City Councilor, Jan Wolf.

The project is realized with financial support of the Czech Ministry of Culture and the City of Prague.

The works were realised with financial support from the Slovak Arts Council.

The media partners are Radio 1, Artmap and Goout.

Downloads
novysvet_pozvanka_EN.pdf
Photos of the exhibition 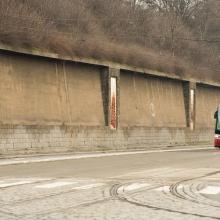 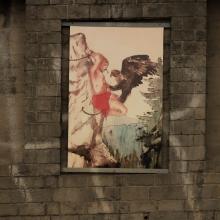 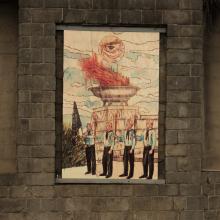 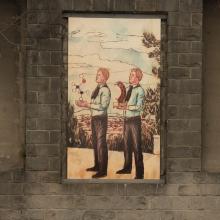 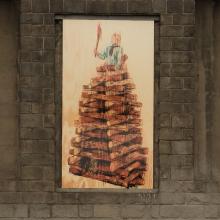 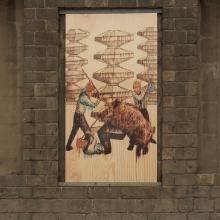 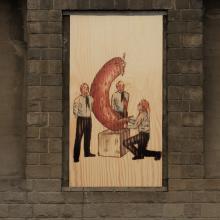 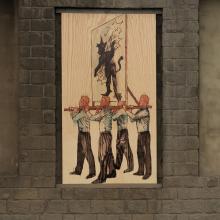 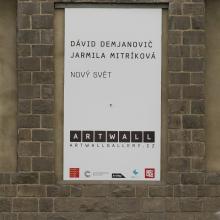