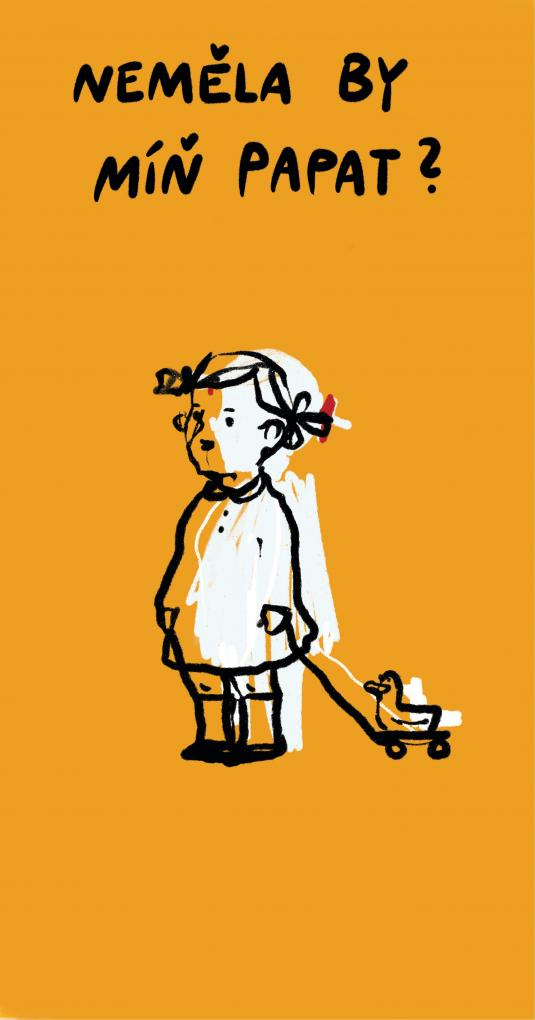 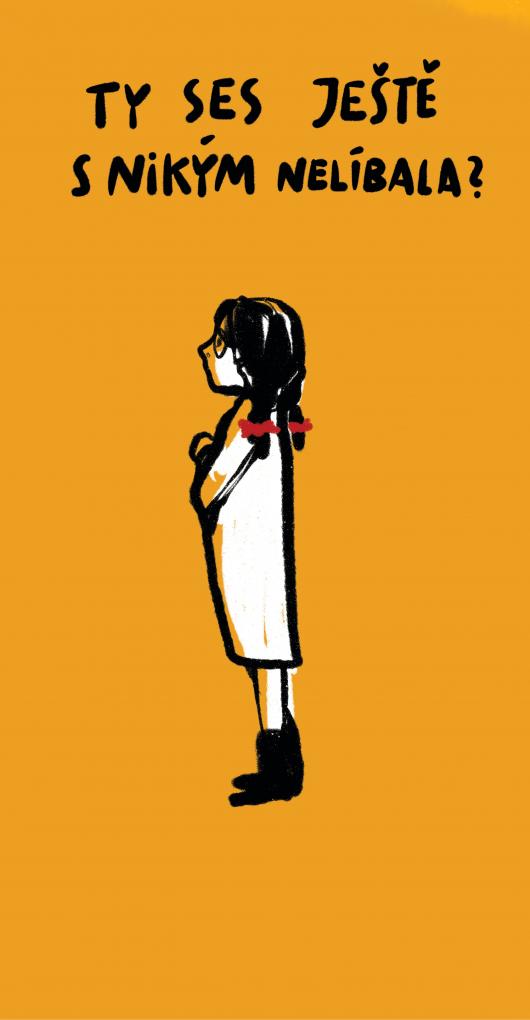 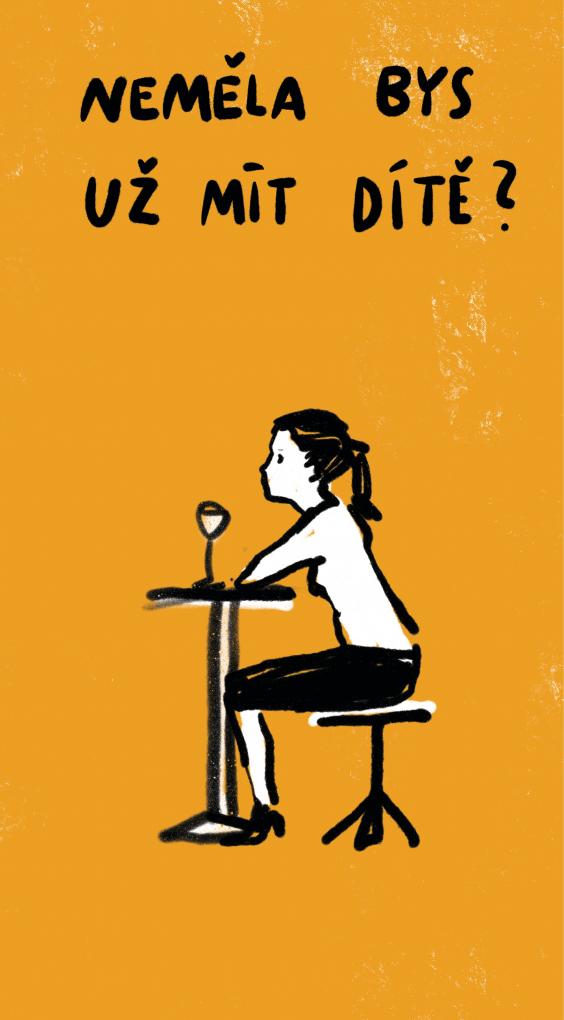 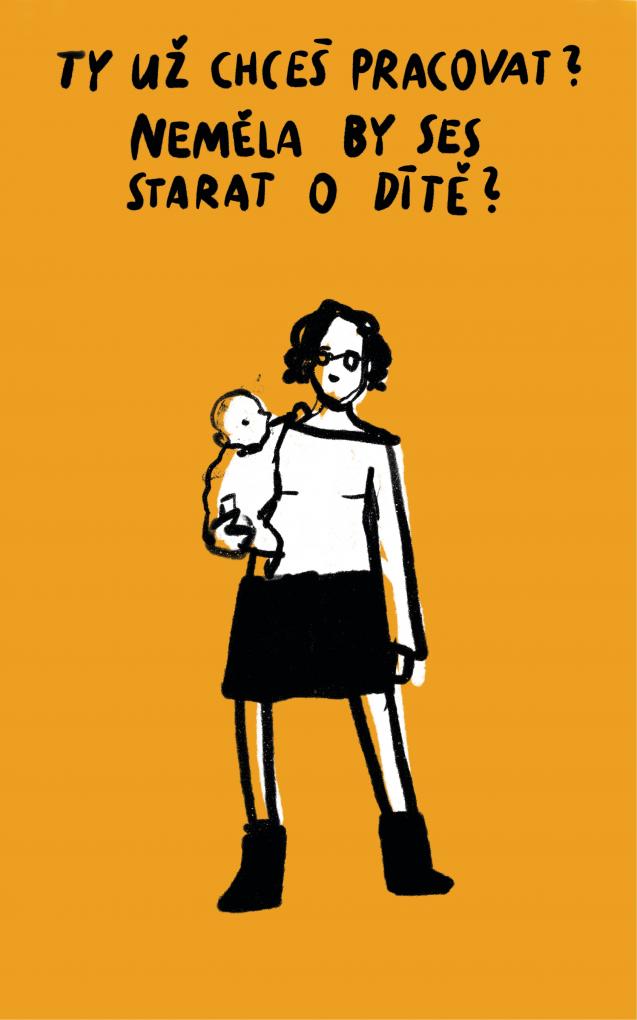 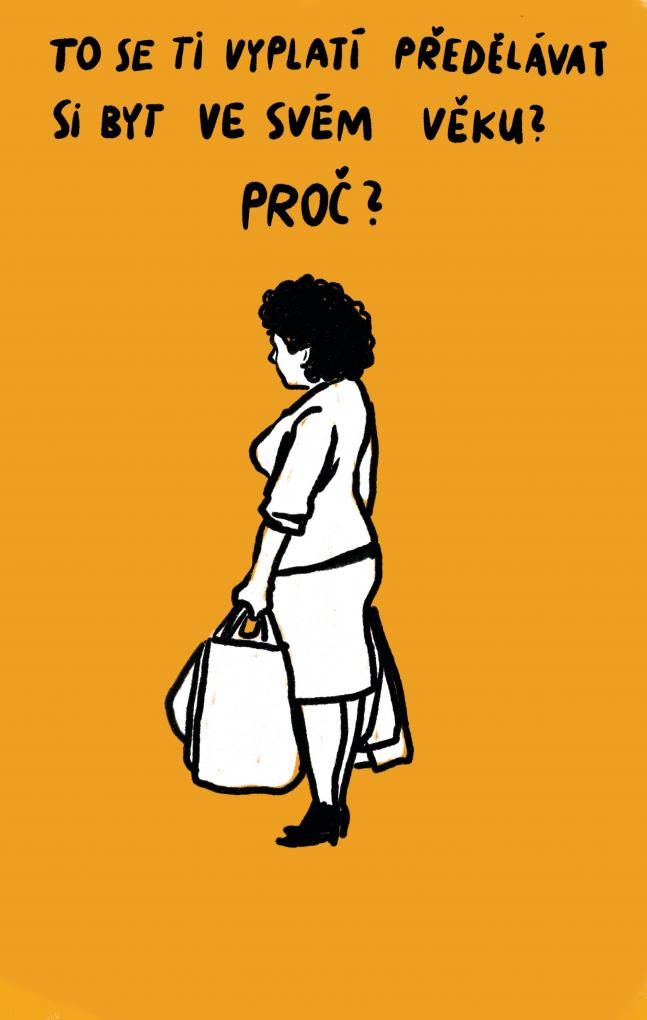 The exhibition Everyday Sexism by Slovak artist Ivana Šáteková at the Artwall Gallery shows situations that women in our society face on daily basis. Comments regarding their appearance, maternity, behavior or means of expression accompany women from childhood to the old age. These comments often take the form of seemingly innocent and well-meaning questions. The exhibition focuses on stereotypes about women and reveals hidden sexism and ageism – i.e. prejudices and discrimination based on one’s sex and age.

Drawings of girls and women are displayed on large panels on the wall under the Letná Park. Each of the drawings is supplemented with questions: Shouldn't she be eating less? Shouldn't you have a baby already? You want to work? Shouldn't you take care of the child? etc. Ivana Šáteková points out very aptly and with humor that these questions are not as innocent as they might seem.

The artist remarks on her intention: “The topic of sexist social coercion has entered my mind during the time of pregnancy, when a live of a woman literally abounds with unpleasant questions. I made a survey of my surroundings and these attacks accompany us for our whole life and they never end. Growing up and aging of a woman seems to be a public affair, and everyone has an urge to intervene. It's a strange phenomenon.”

The questions bespeak common ideas about how a "real woman" should behave. But many of them are based on stereotypes, which are repeated and reinforced by repetition. These stereotypes then lead to discrimination. "If we want to get out of this vicious circle of discrimination and prejudice, it is important to realize that these are sexist remarks and stop perceiving them as normal, even if they are ubiquitous," curators Lenka Kukurová and Zuzana Štefková said.

NGO NESEHNUTÍ has for a long time drawn attention to the clichés associated with women and men and the negative effects these clichés have on people’s lives. NESEHNUTÍ is also behind the anti-award Sexist Piggie that highlights sexism in advertising and the website sexismy.cz, where people can anonymously share their experience with everyday sexism. Both women and men suffer from sexism: "Women on the website share experiences of being discouraged from sports or professions that are perceived as masculine, or how they are sexually harassed at work, for example. One man confided to us that when he wanted to work in a kindergarten, he had to go through tests to see whether he was not a pedophile, since the employer found it suspicious that a man wants to work with children”, adds Kristýna Pešáková from NESEHNUTÍ.

The accompanying program will include two workshops focusing on stereotypes regarding women and men, one for teachers, and the other for the general public, where visitors to the exhibition will be able to articulate their experience of everyday sexism.

Ivana Šáteková (* 1984) is a graduate of the Academy of Fine Arts and Design in Bratislava. In 2013 she became a finalist of the Essl Art Award, and in 2014 she was awarded the Tatra Bank Foundation Award. In her work she often uses paintings and drawings inspired by comics and photographs found in books or on the Internet, but she also works with other media (embroidery, object, interactive installations). She is a member of the Dzive trio.

The project is realized with kind financial support of the Czech Ministry of Culture and the City of Prague. Organized in cooperation with Nesehnutí. Media contacts are Artmap, Radio 1, Goout, and JlbJlt. 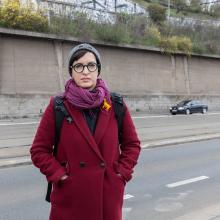 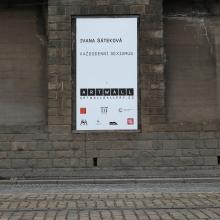 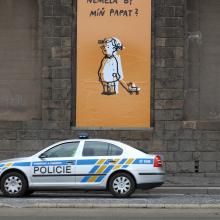 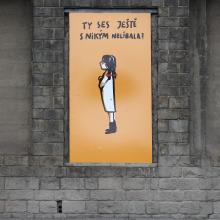 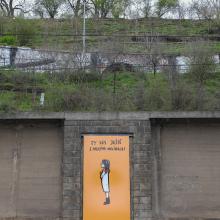 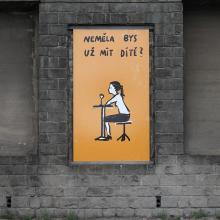 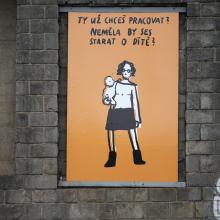 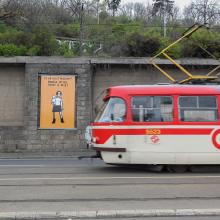 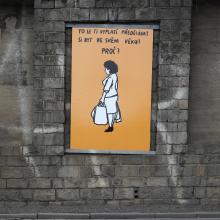 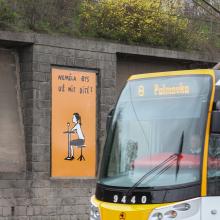 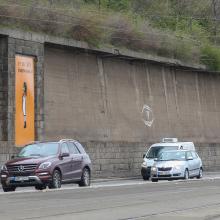 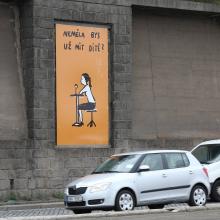