Kundy Crew: She should not have been provoking 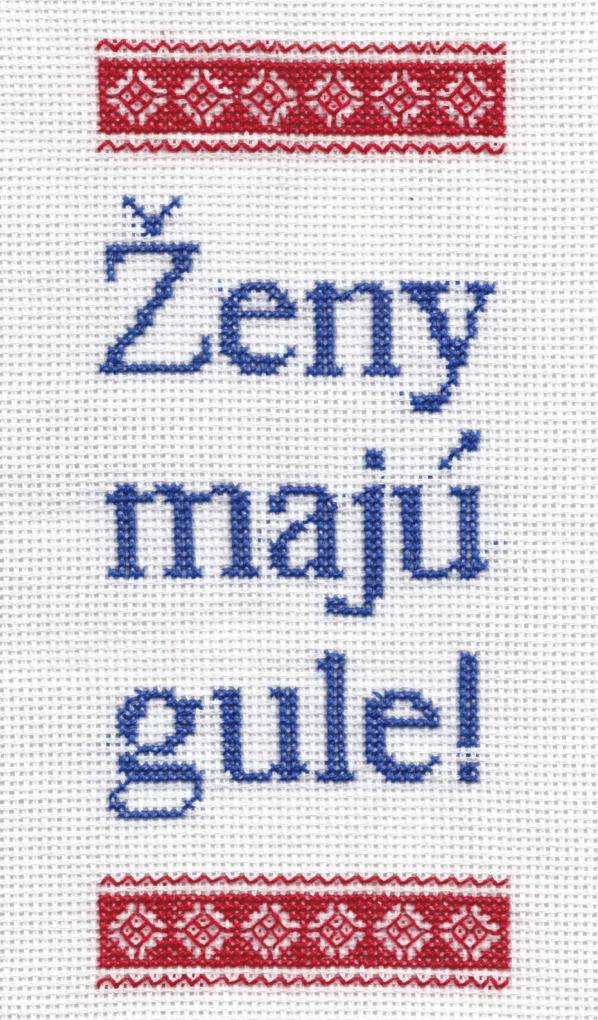 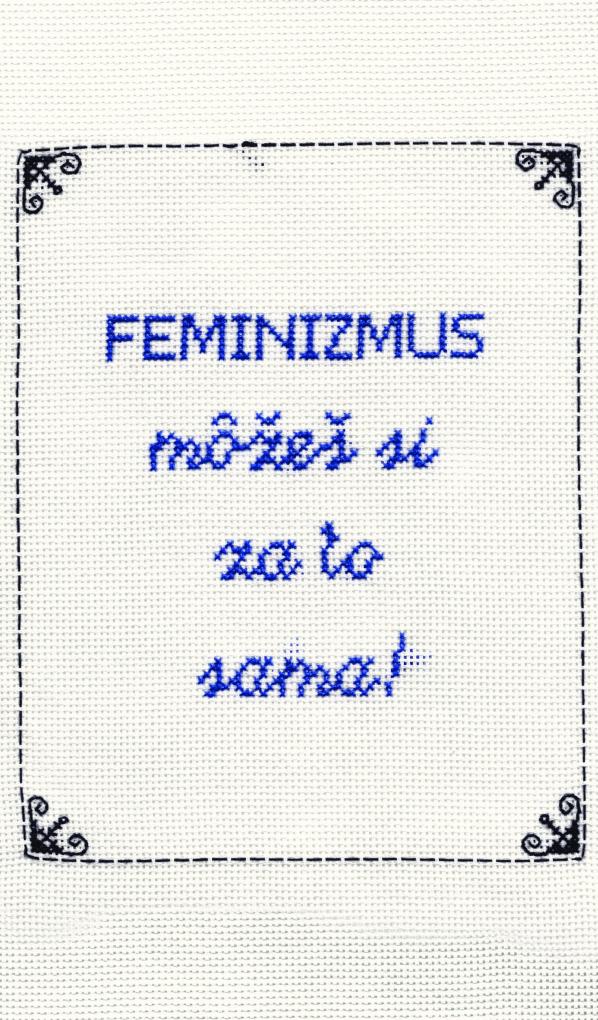 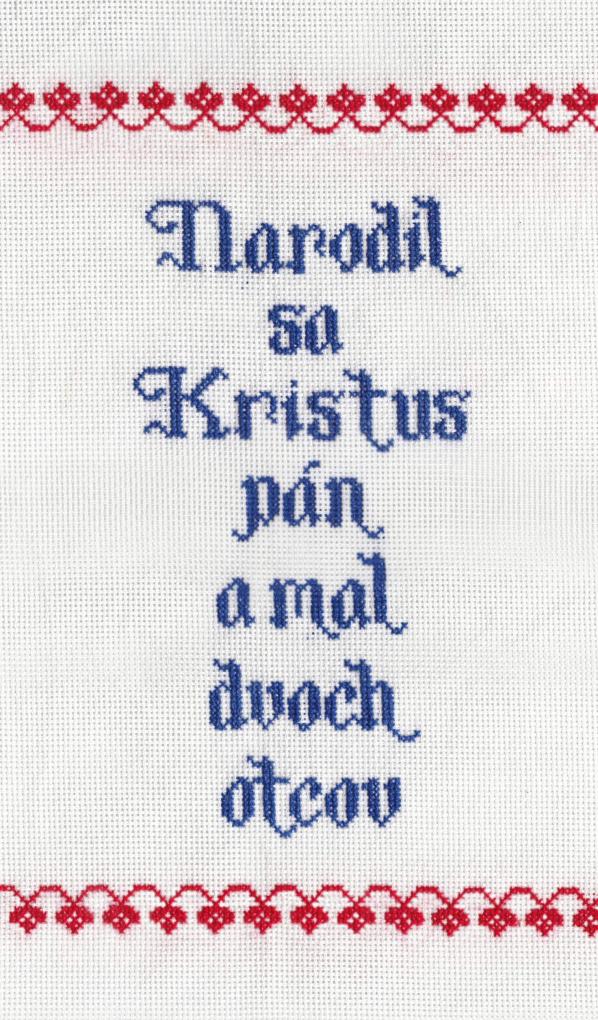 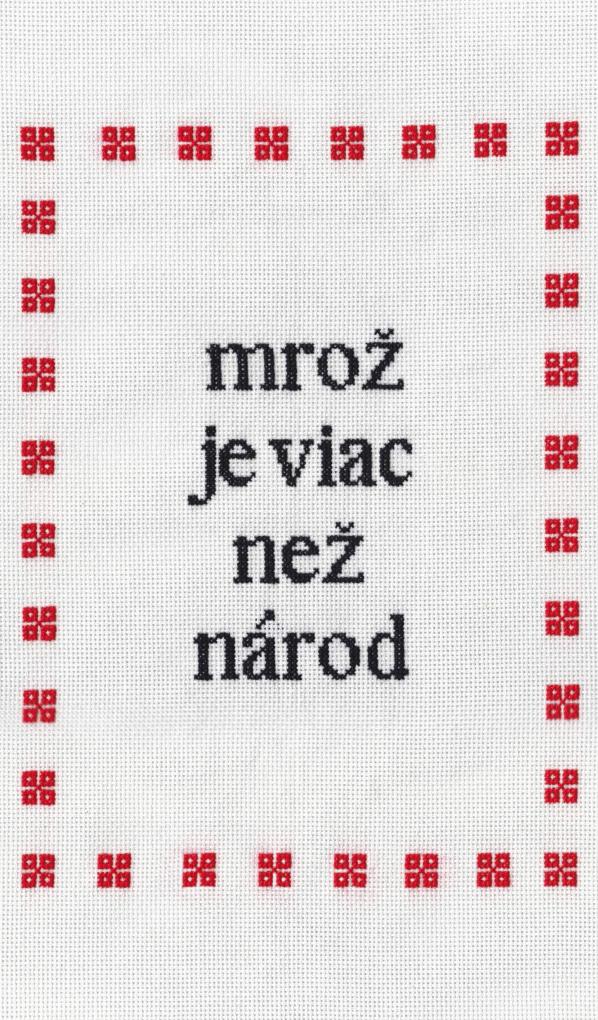 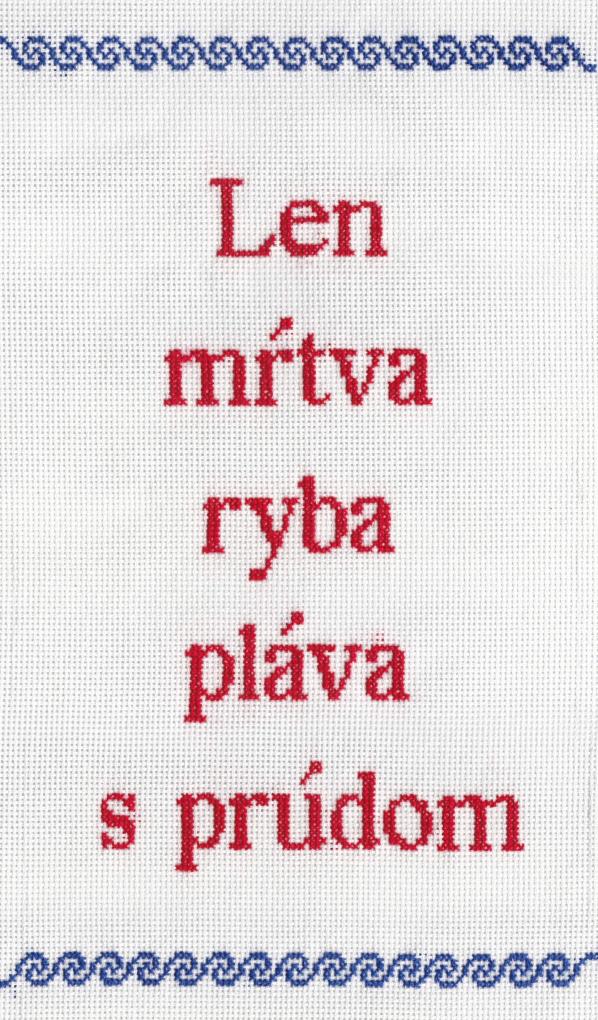 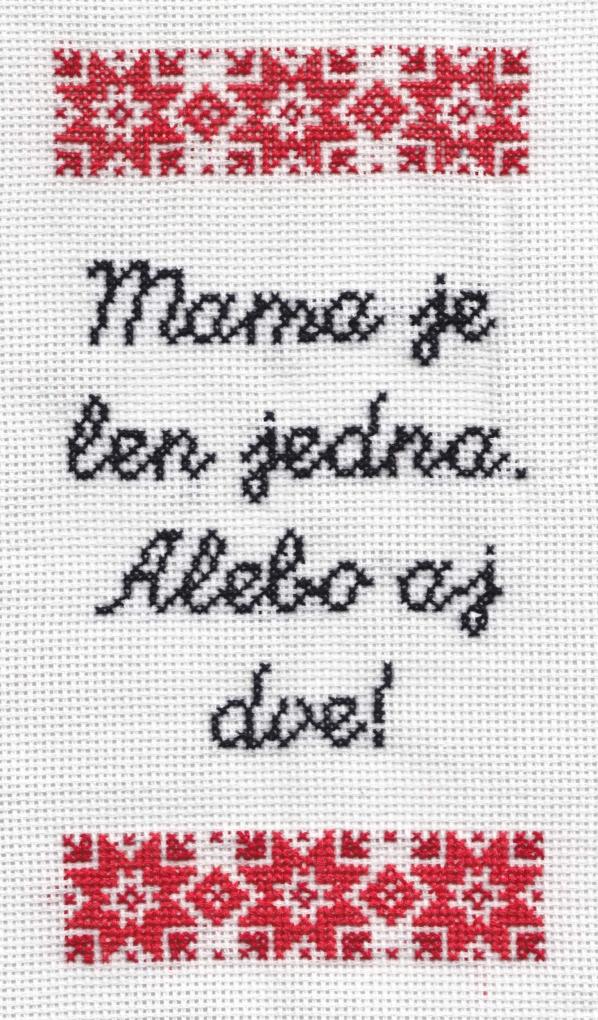 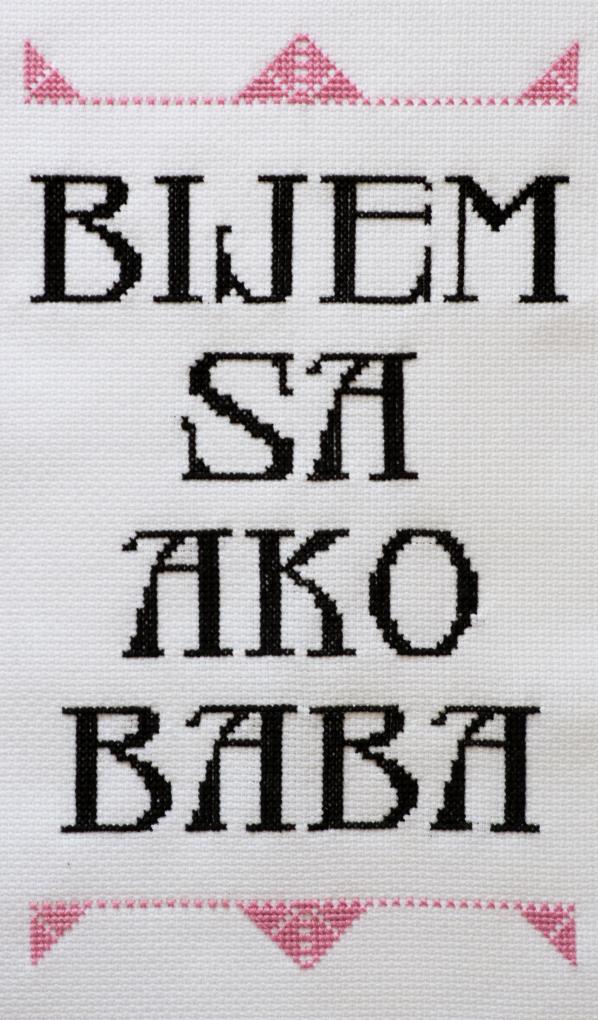 Kundy Crew - She should not have been provoking

Exhibition of the Slovak activist art group Kundy Crew has the form of monumental reproductions of embroidered slogans placed in a public space. Members of the group use the traditional technique in order to comment on current social issues: the role of women in society, homophobia, nationalism, or the right of women to revolt. The exhibition’s title “She should not have been provoking” ironically refers to the concept of “well-deserved” punishment for all women who dare to step out of the line.

Banal sayings are transformed into provocative statements like “I fight as a girl!” “Mother is only one. Or sometimes two!” These simple sentences are aimed to challenge preconceived truths and to disrupt stereotypes. The authors comment on the chosen technique: “We liked the contrast between the precise technique which requires patience and the angry sentences that demanded more than just to be written down on paper.”

The authors reflected on the exhibition in the Artwall gallery in the following way: “Embroidery was in the past purely feminine activity. On the one hand it symbolized the isolation of women in the household, but at the same time for a woman it was one of the few acceptable means of expression. The tearing out of this technique from the “sanctuary” of the household and its placement in the public sphere makes us rethink attitudes to the issues at stake. Cross stitch – as a medium which evokes conservatism – now becomes the bearer of the radical message and helps to create new “traditions” that are not based on prejudice and stereotypes.”

The Kundy Crew members refer in their work to the issue of feminism. The exhibition “She should not have been provoking” presents feminism as a legitimate stance for which there is no need to be ashamed, neither is there any reason to undermine it, whether in one’s art or in civic life. Kundy Crew claim feminism: they respect the equal rights of both sexes and act against societal prejudices associated with fixed gender roles. “Place for women was for a large part of history in the domestic sphere, to which belonged also the embroidery. Placing embroidery with feminist slogans into the public space symbolizes disruptions and change in traditional gender roles,” says the curator Lenka Kukurová.

Video about the exhibition: https://artycok.tv/28548/nemala-provokovatshe-shouldnt-provoked

Translation of the text on the panels:

“Women have balls!”
“FEMINISM it’s your fault, girl!”
“Christ our Lord was born and had two fathers”
“walrus is more than nation”
“Only a dead fish swims with the current”
“There is only one mom. Or there are two.”
“I FIGHT LIKE A GIRL” 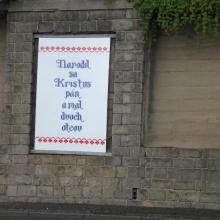 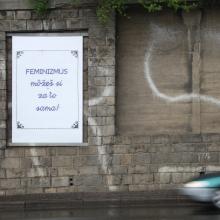 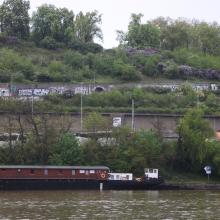 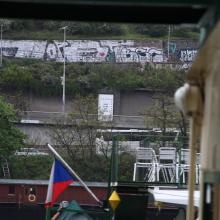 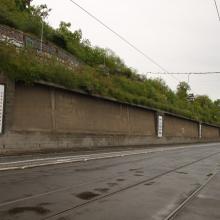 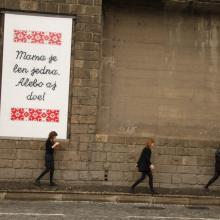 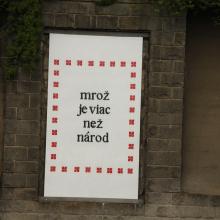 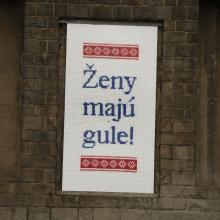 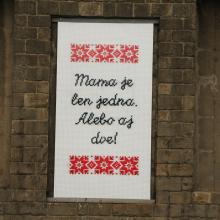 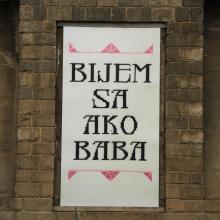 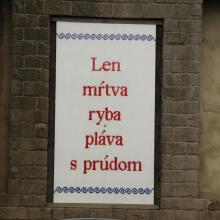 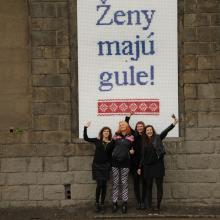