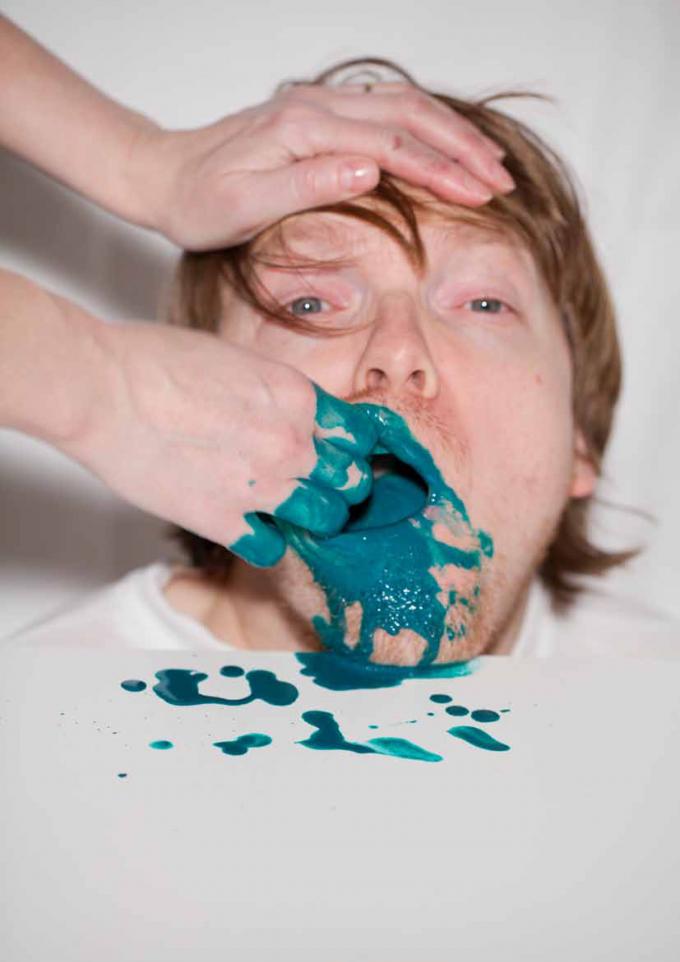 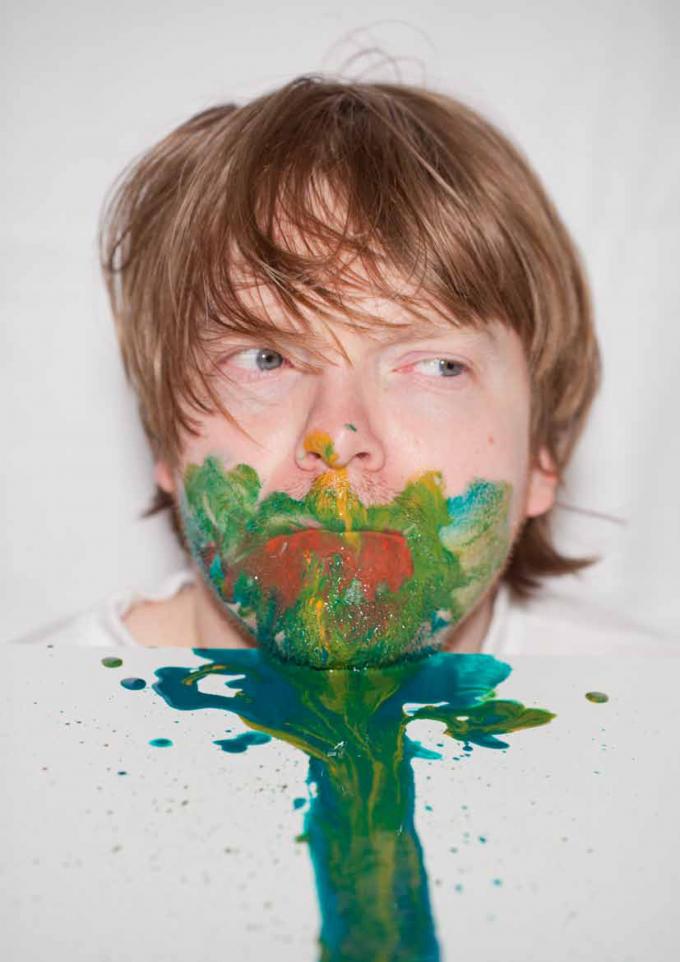 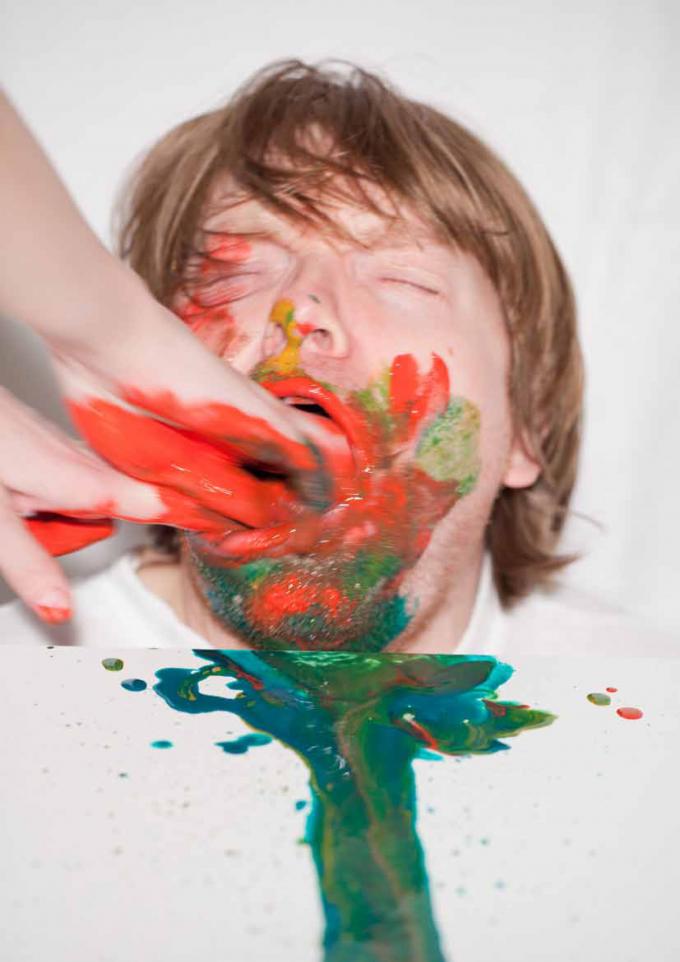 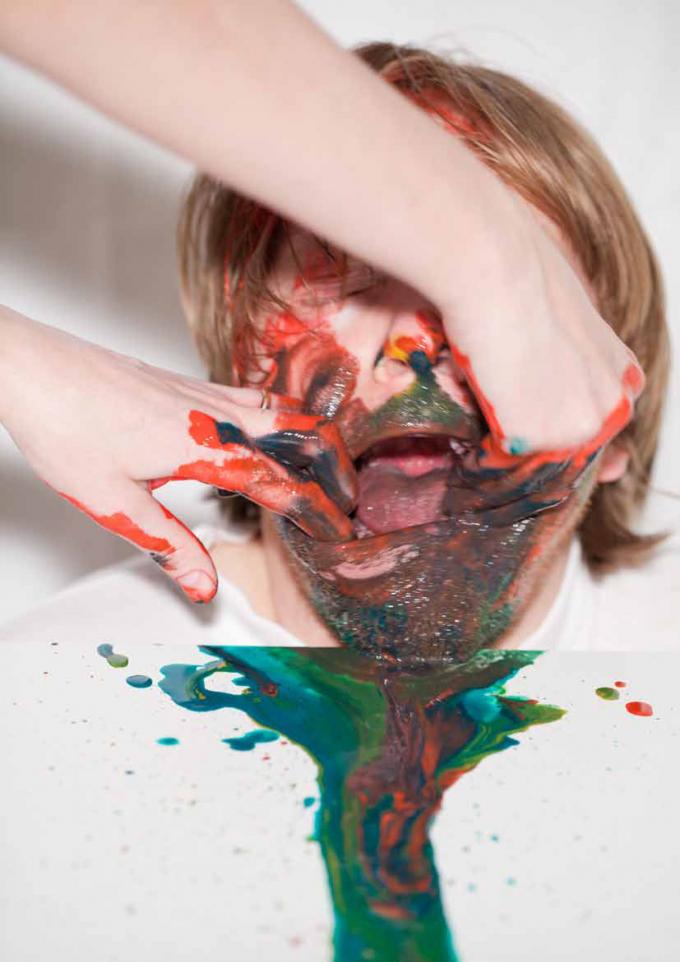 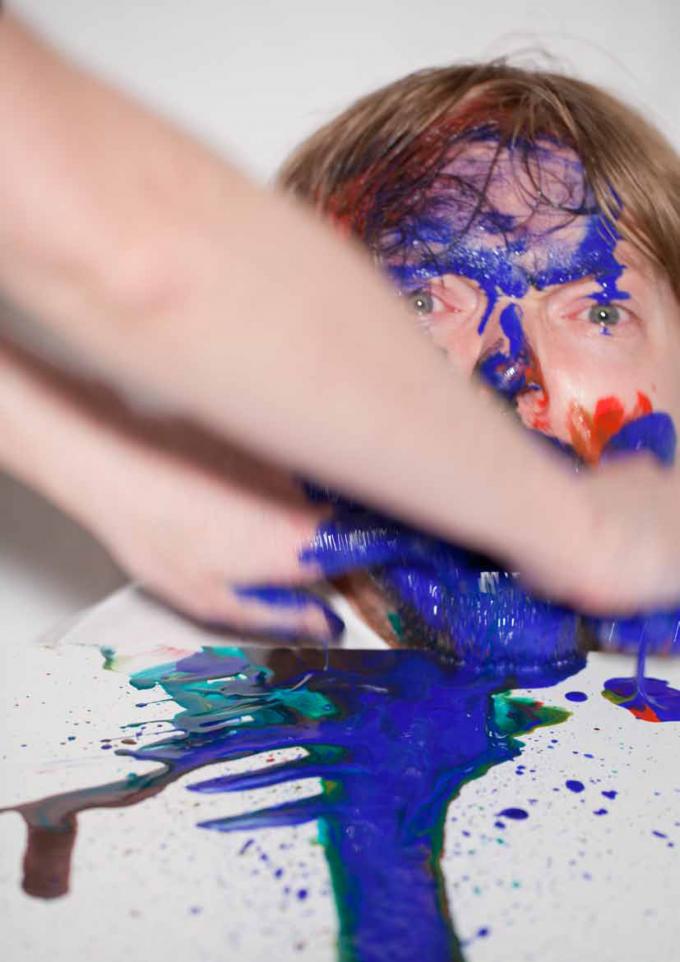 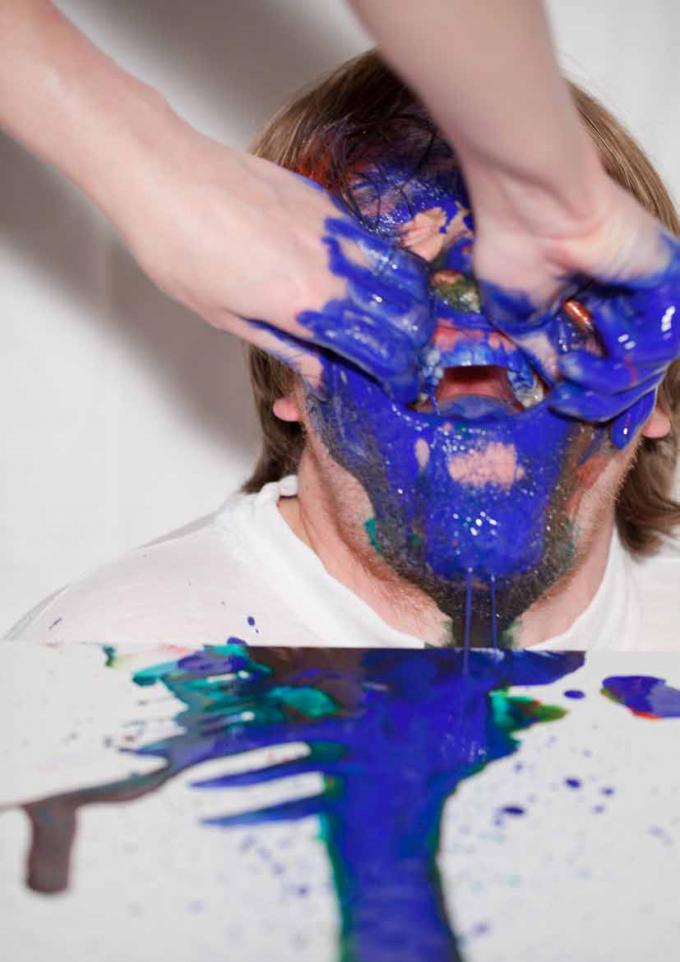 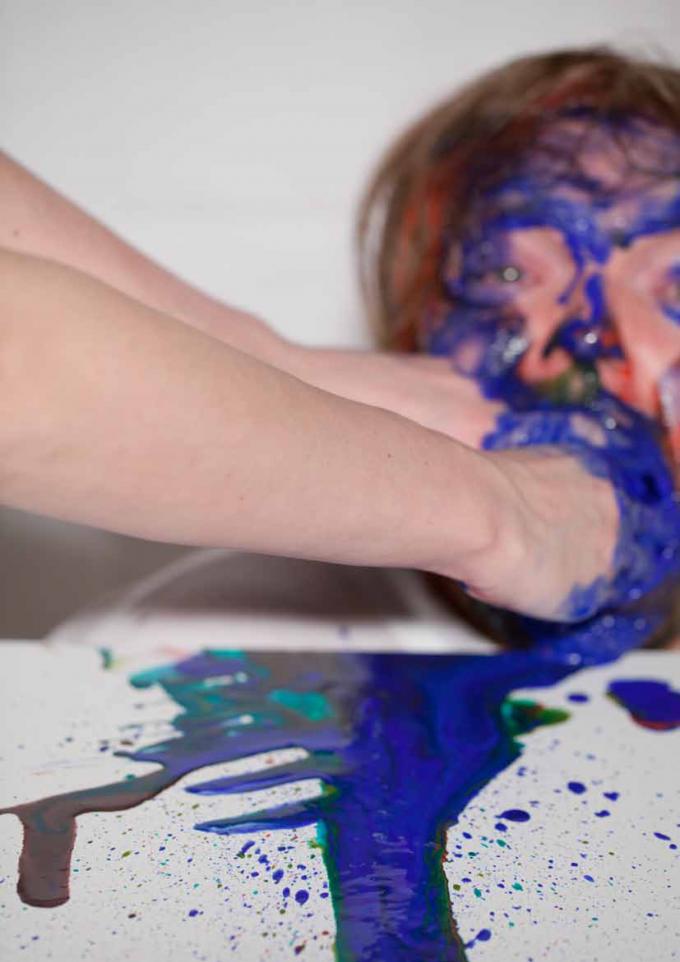 On seven panels we can see the face of the author "fed" on paint by someone else‘s hand. Seemingly, Vondrák returns to the visual means of symbolic injuries typical for body art of the 60s and 70s, but as he points out in his own text, the work is not as much about the possibilities of the body and its expressivity, as aresponse to the situation of the contemporary political scene with itsceaseless power scrambles, corruption scandals, and unfulfilled promises.

"We will fester and you will eat it up,“ comments Vondrák on the approach of the Czech politicians, whose prime interest is an unlimited access to their feed-troughs and demonstrates how this "eating up“ looks. "Let us enjoy the colours of our coalitions,“ encourages the author while paint that dribbles down from his mouth transforms itself into a brown slop.

His passive position and abandon, with which he accepts his humiliation, reflects feelings of total resignation. What is left to the voter disgusted by constant lies? According to the author it is "the open mouth and an aftertaste of vomit.“ However, even Vondrák‘s stance offers a more optimistic answer. The antidote to the scepticism of the society should become a functional civil society.

"'Aftertaste' can be also perceived as a challenge that the author, himself a discontent voter, addresses to his representatives,“ concludes Zuzana Štefková, one of the curators of the Artwall gallery. "His gesture could, in spite of its sceptical tone, express the belief inmechanisms of the civic society.“