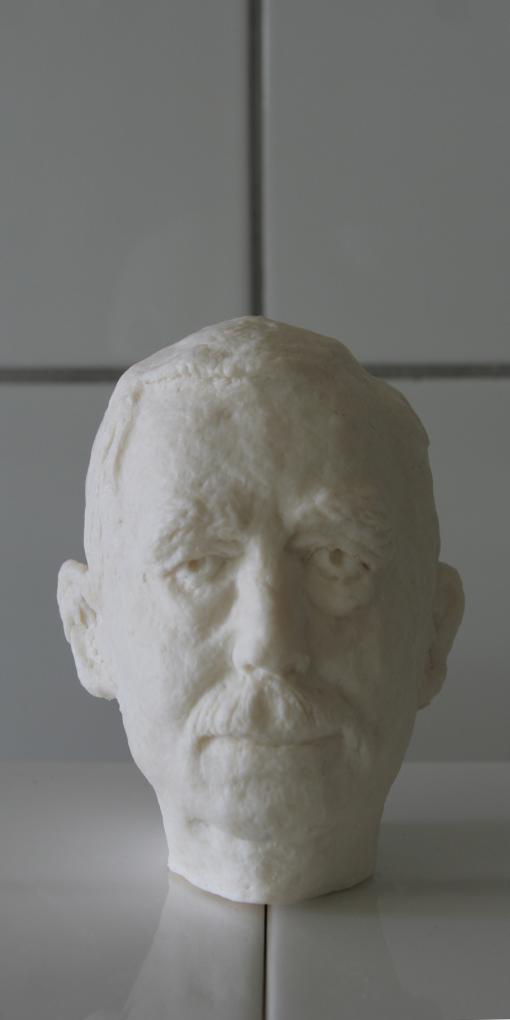 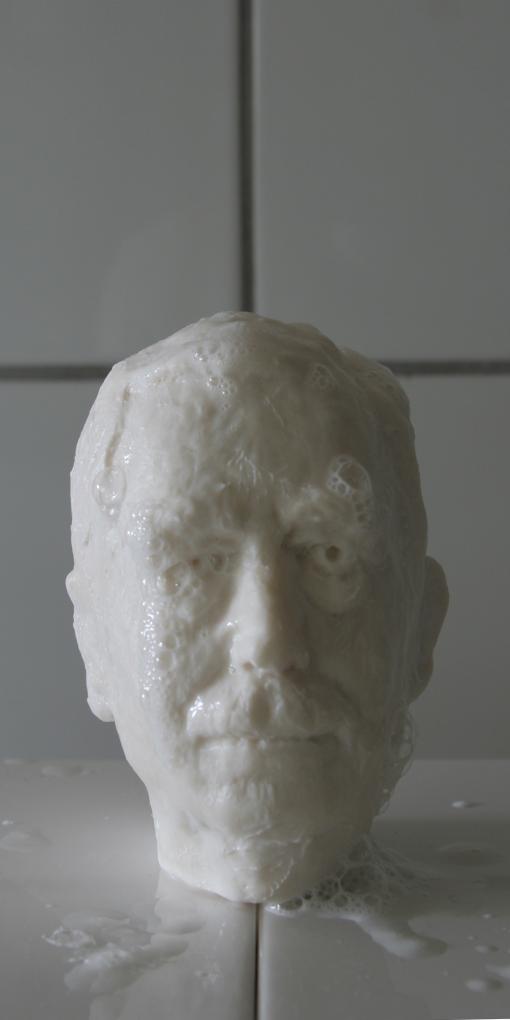 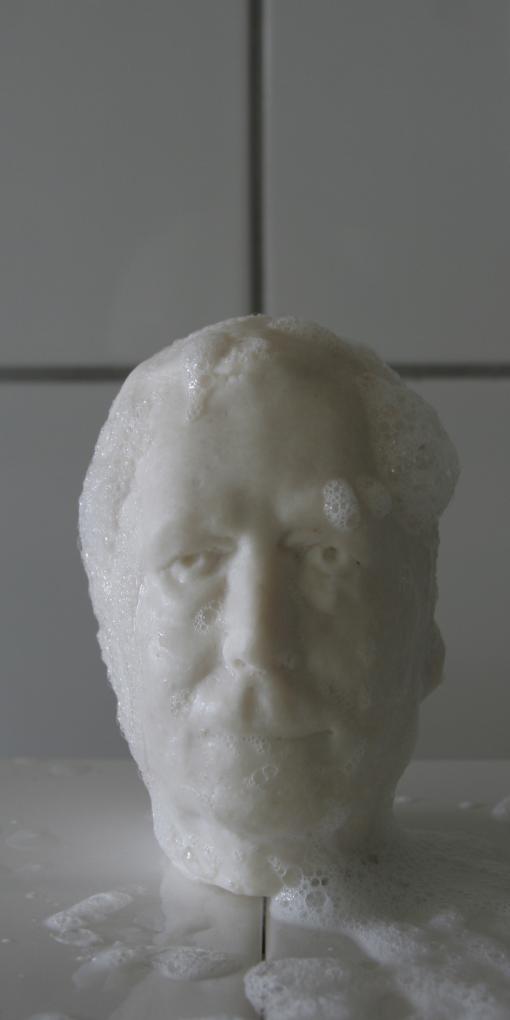 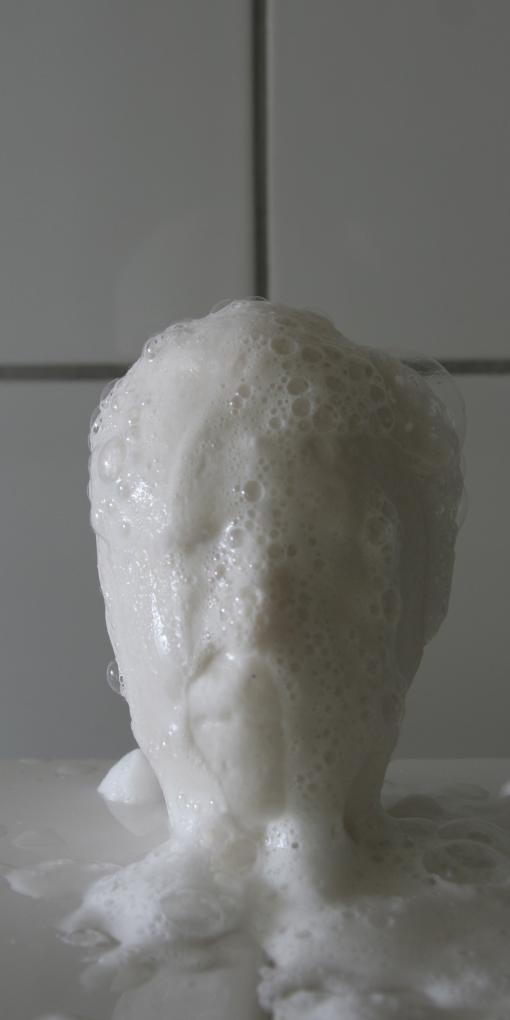 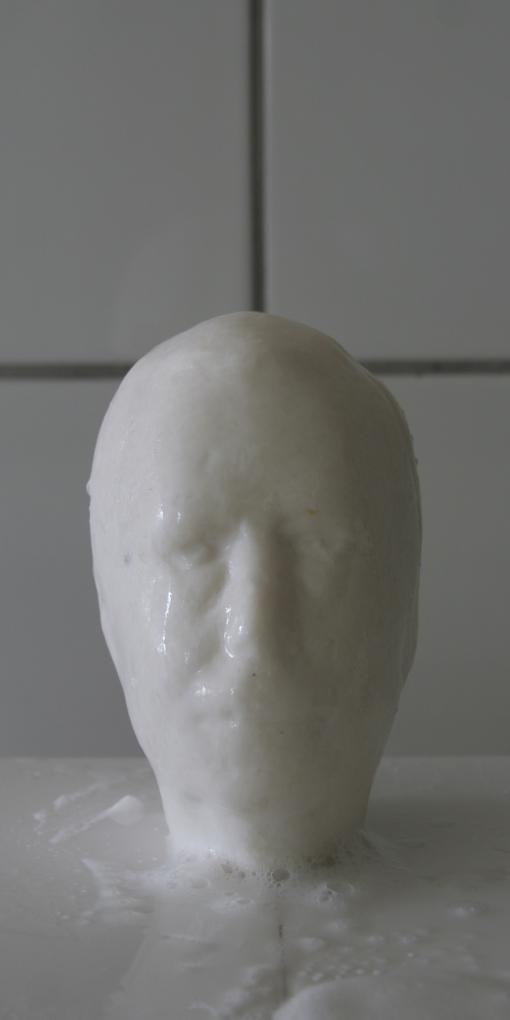 A quarter century after the Velvet Revolution, it is increasingly apparent that the Czech society does not know what to do with its legacy. The Artwall Gallery is introducing a discussion about the legacy of the Velvet Revolution with a project by the Slovak artist, Martin Piaček, entitled Václav Havel / Washing Out. To perform this ‘washing out’, Piaček is symbolically using a soap bust of Václav Havel.

"Piaček’s work is deliberately ambiguous. The process of washing may refer to memory loss, as well as brainwashing or whitewashing," said Zuzana Štefková, a curator of the project. "The title is a pun on Havel's dramas, and an adoption of their absurd humor," adds Piaček. "I am interested in the use of heroes as instruments in politics, how one person changes into an abstract symbol and how his legacy subsequently is used or abused," said Martin Piaček.

The persona of Václav Havel is a typical example of this instrumental use of a legacy across the political spectrum. On one hand, he is hailed as fighter against communism, yet he is critiqued for his alleged reformist communist stance, labeled as a "utopist," and condemned as a supporter of military conflict. His supporters emphasize Havel's interest in human rights, in contrast to today’s Czech political representatives and their servile relationship with China. Havel’s critics speak of his political naiveté or the controversial support for bombing during the war in former Yugoslavia and the approval of the U.S. Iraq invasion. For some, he is an admirable leader; for others he is a representative of non-standard, non-partisan policy or political kitsch.

Criticism comes from the left and right wings. To Havel’s right-leaning opponents, the term "pravdoláskař” (satirizing Havel’s motto: Truth and love have to overturn lie and hatred) is synonymous with an (often leftwing) ideological evildoer. Communist functionaries use the expression “havlista” as a slur. All the meanwhile there are attempts to trivialize the Czech dissident experience, as well as the tendency to place the dissidents on a pedestal.

“The ideals tend to fade with time. Piaček’s work can be understood as a warning that manipulation with ideals can change into an absurd drama," adds Lenka Kukurová, one of the exhibition curators. In this sense, the interpretation of Václav Havel’s role, as well as the interpretation of the November events and their meaning, are not just a matter of history, but above all a struggle to form today's national and international policies and direction of contemporary Czech society.

Video about the exhibition: https://artycok.tv/27151/vaclav-havel-vymyvanivaclav-havel-washing 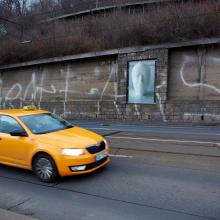 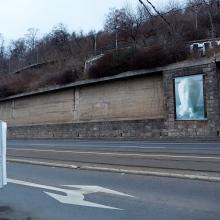 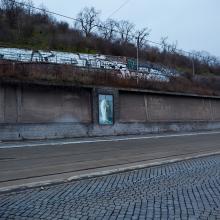 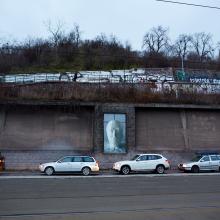 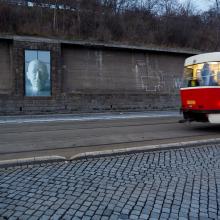 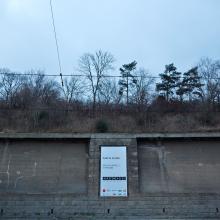 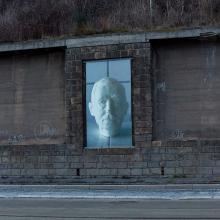 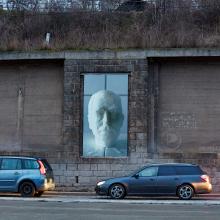 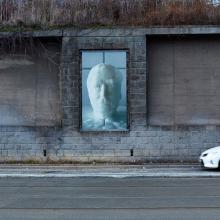