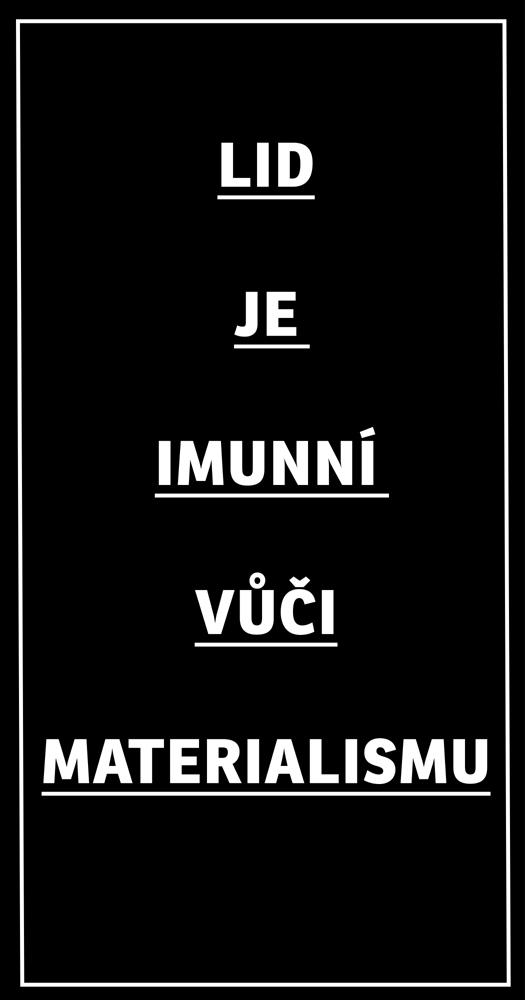 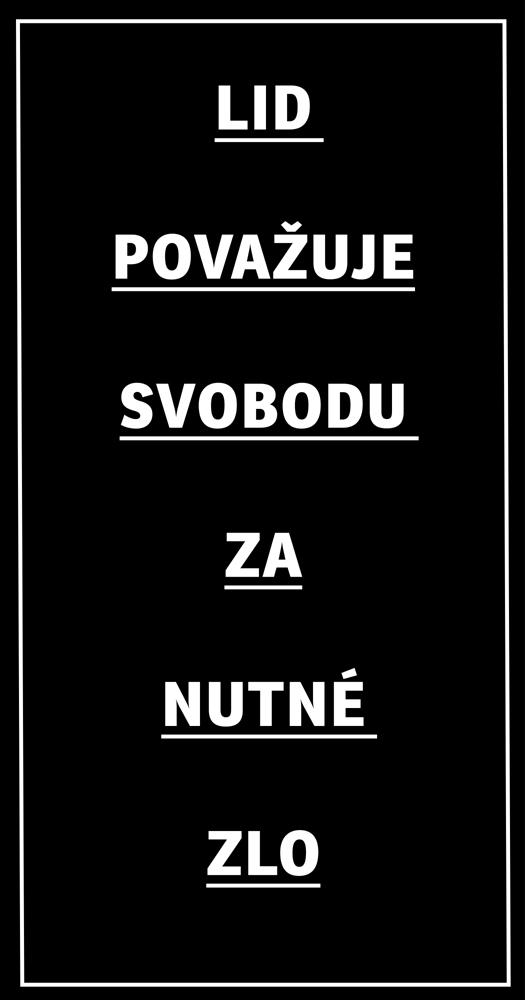 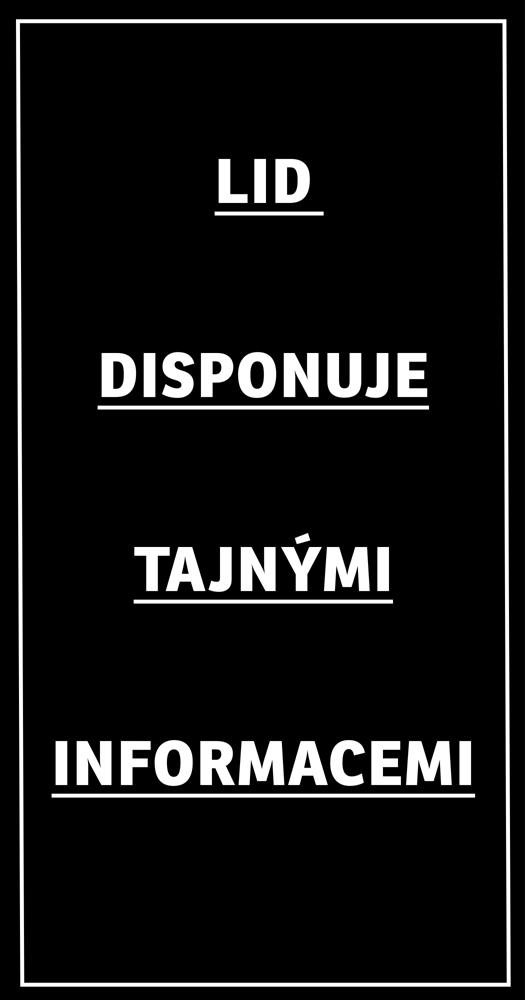 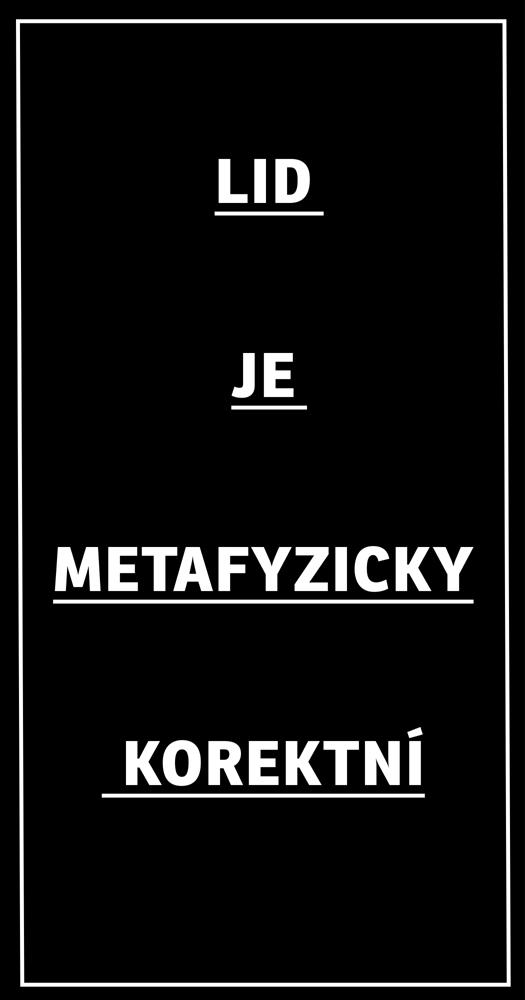 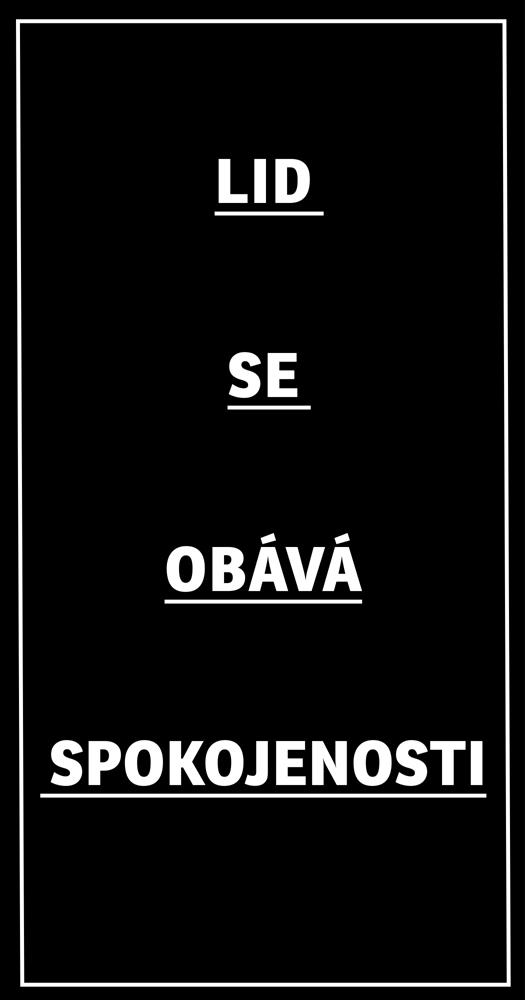 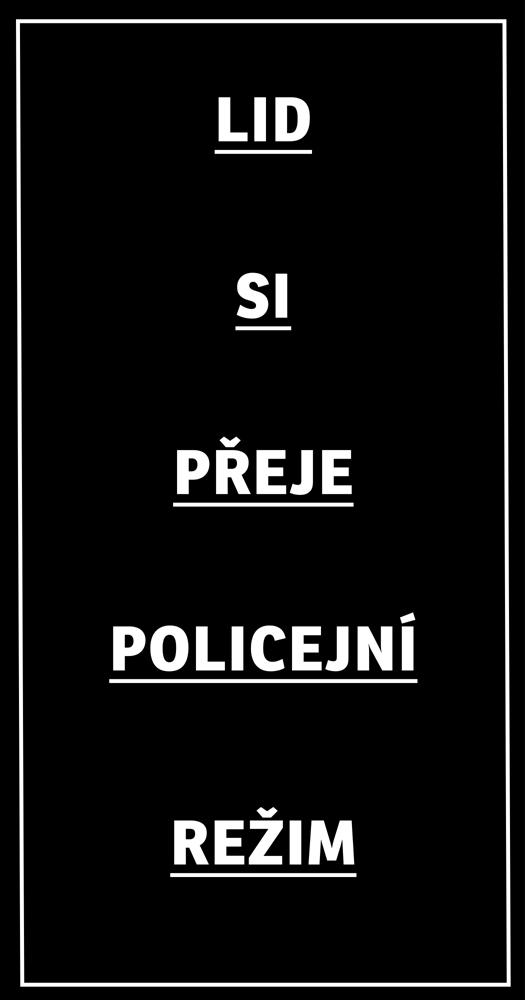 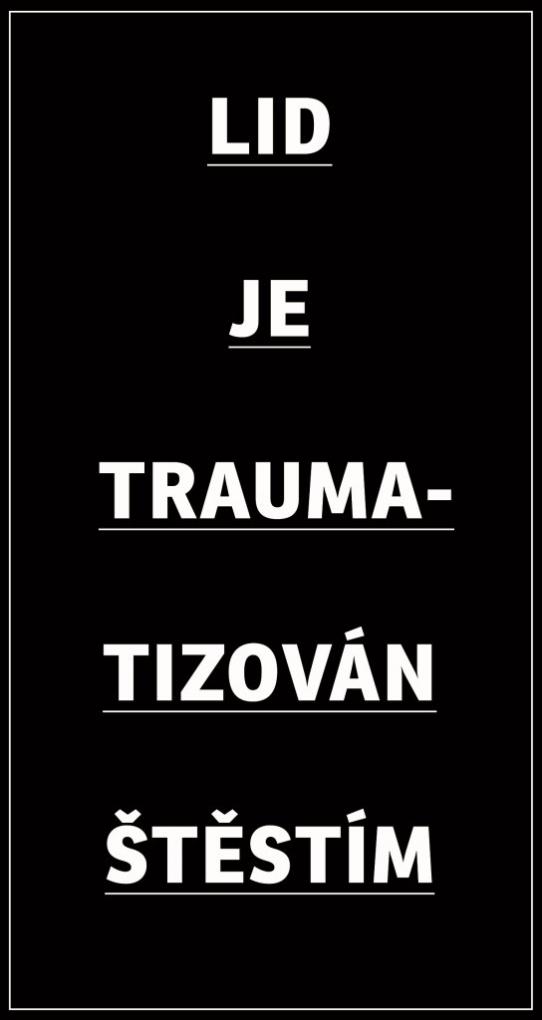 Milan Kozelka’s project, Vox Populi (Voice of the People) responds to a theme that has gained significance in the context of the Czech presidential election. For the first time in Czech history “the people” are choosing the head of the state. The exhibition also reflects the nature of the place where the gallery is located. The stone frames in which the gallery is placed were built at a time when “the people” – especially the workers – was a term regularly emphasized by ideologues and rhetorically used for a variety of demagogic purposes.

“The people” have most often been presented as a bearer of power, guarantor of the value of the Czech currency, or as a friend to the Soviet people. The voice of the people would then approve of the executions
of political prisoners and celebrated successes on the road to building socialism. The current exhibition, however, does not return to past times, but the paradoxical slogans show “the people” as a problematic ideological construction that even today has not lost any of its manipulative powers.

The series speaks the language of playful nonsense and contradiction, yet retains a critical dimension. In these slogans “the people” are “metaphysically correct” and “traumatized by happiness;” they posses “secret information” and consider “freedom a necessary evil.” Kozelka’s target of ridicule is “the people” as a function of language that allows for the imaginary replacement of people with their individual opinions, desires, and goals with a homogeneous mass. The expression “the people” is out of fashion – probably due to the unpopular association with the former regime. However in the strategies of politicians and marketing experts, the homogenization takes place without having the word “people” ever used. An artificially created
gregarious identity allows for the manipulation of individuals who consider themselves to be part of the dominant order. Only instead of “the people,” this totalizing category is called “voters”, “customers” or “ordinary citizens”.

The political system might have changed, but anticipating the will of “the people” remains even today a popular way of communication in politics as well as in advertising. Kozelka’s contradictions from the Vox Populi series clearly point out the absurdity of the populist claim and this herd-eﬀect that transforms individuals into a mass of voters and consumers. In the words of the author: “Art is the ideal way in which we can eﬀectively help break down the stupidity of any political system.