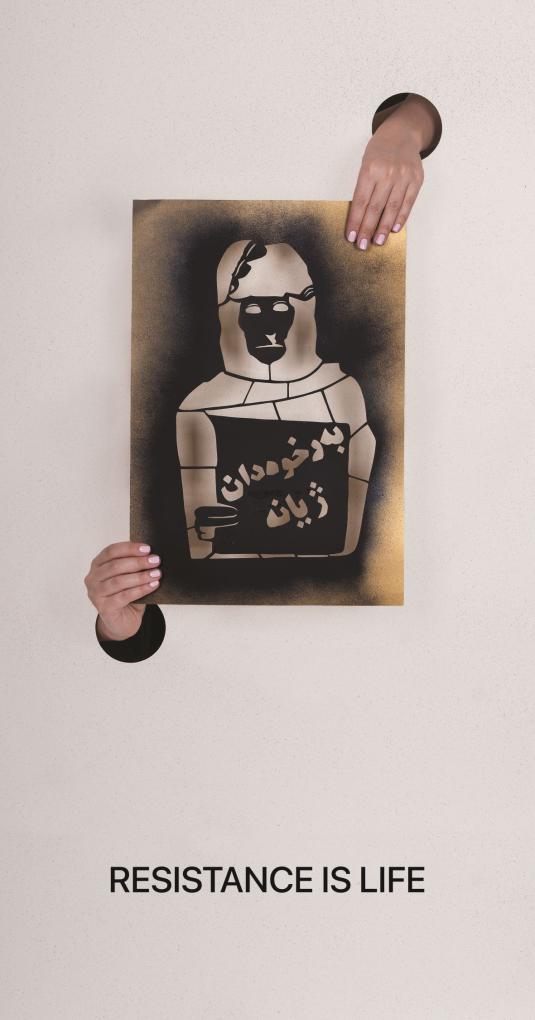 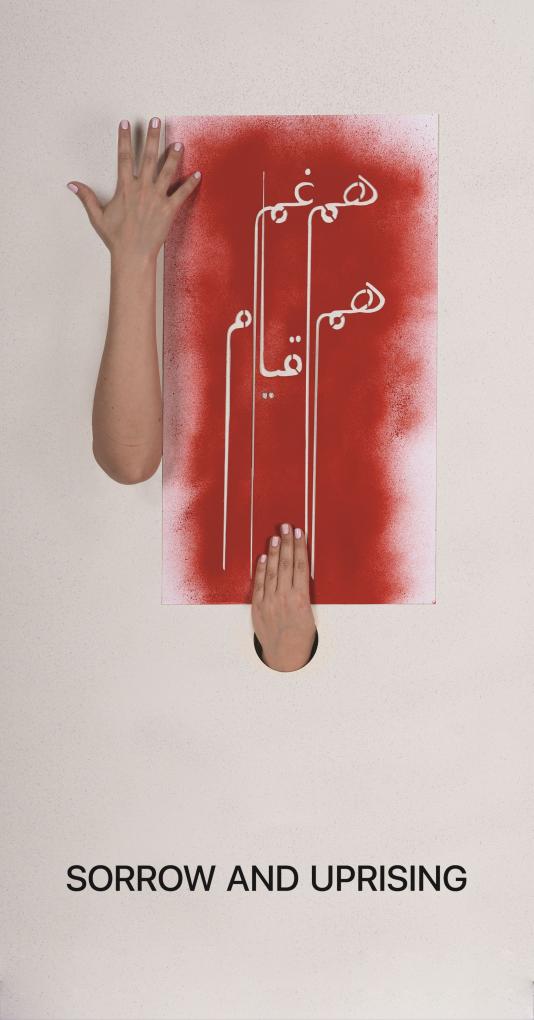 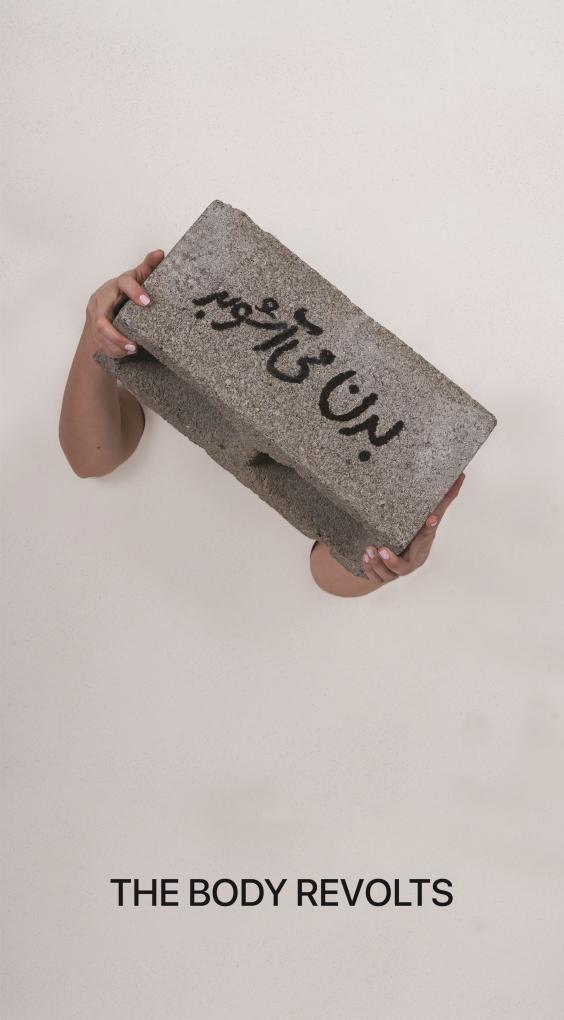 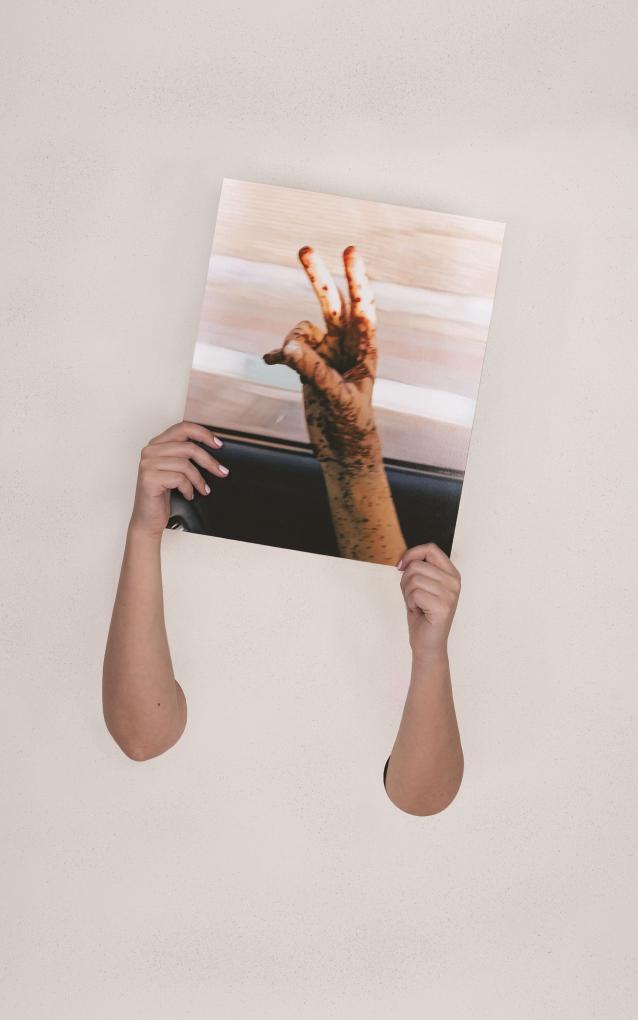 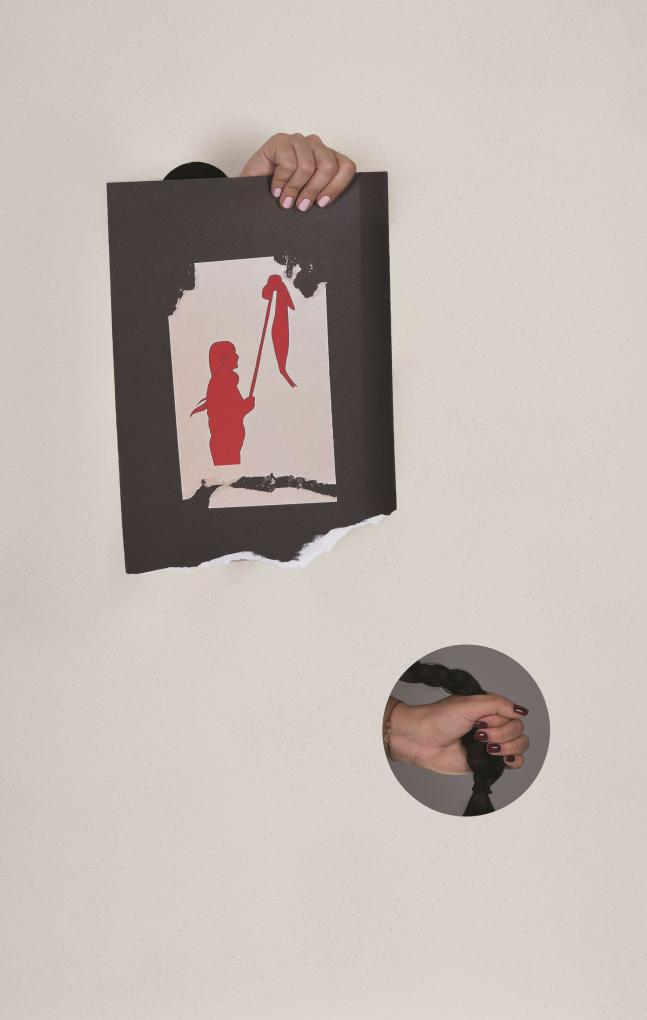 Iranian artist Shadi Harouni's exhibition Žena . Život . Svoboda, a body of work created specifically for Artwall Gallery, is a tribute to this ongoing struggle for freedom from oppression. The work speaks the language of protest in public and private spaces. Harouni, whose research and practice is rooted in histories of dissent and revolution in the region, here pulls from her personal and public archives of art and protest, from songs and poetry, slogans and graffiti, low-resolution and distorted images that circulate the internet, from the symbolic and physical presence of bodies that revolt, and the tireless and poetic work of women activists that build.

Four months have passed since the day Iranian Morality Police arrested 22-year-old Kurdish-Iranian woman Mahsa Zhina Amini for wearing her headscarf "incorrectly". Three days later, on 16th of September, Zhina was dead. State officials claimed she died of heart failure, a statement that further fueled the sorrow and rage of her family and the protesters who, well aware of the state’s brutal use of the hijab as a tool for the oppression of women, had gathered outside the hospital where Zhina had laid in a coma for days. Since then, Iran has been rocked by the biggest wave of uprisings it has experienced since the 1979 Revolution. Hundreds of demonstrators have been killed; tens of thousands more injured and arrested at protests and abducted from their homes, and dozens sentenced to death. Neither police brutality in suppressing the demonstrations nor a recent wave of executions at the hands of the state have deterred those who, regardless of gender, continue to risk their lives and livelihoods to fight for women's rights and, by extension, human rights, dignity and freedom for all. Women cut their hair in mourning and protest and burn their headscarves which have come to symbolize repression and unequal rights. "Woman, life, freedom", a slogan crafted by Kurdish women thinkers and activists, has become the slogan of this feminist, anti-regime, and anti-oppression revolution.

In “Žena . Život . Svoboda”, in five photographs we encounter the motif of women's hands, extending out of small openings in walls to hold and present signs and artifacts of an uprising: an image of an injured bloodied hand in a moving car on the streets of Iran that holds up two fingers signaling victory; a cinderblock, used by protesters to blockade streets, holds one of thousands of revolutionary slogans covering walls throughout the country; another text connects collective mourning with action and uprising; a hand grips a long braid of hair; another presents a stencil of Dayeh [Mother] Sharifeh—the mother of Kurdish activist Ramin Hossein Panahi who was executed in 2018; and yet another hand holds a photograph of a shop window in Tehran that’s been graffitied with the silhouette of Vida Movahed, who in 2017 stood on an electric box in Revolution Street in Tehran, took off and fastened her headscarf to the end of a stick, in protest against the suppression of women's basic rights. Movahed was arrested and imprisoned. Her image remains a symbol of decades of Iranian women’s bold and unflinching resistance.

"The current exhibition is a gesture of solidarity with the protesters who are risking their lives for women's rights and freedom in Iran. It is also a call to the leaders of democratic countries around the world to use all available means to exert political pressure on the brutal Iranian regime," says Zuzana Štefková, curator of the gallery. "The symbol of this revolution is a woman whose hair, as is written on walls in the streets of Iran, dances freely in the wind. She dances, revolts and refuses to give up."

About the artist:
Shadi Harouni (b. Hamedan, Iran) is an artist based in New York. Harouni's practice is situated at the intersections of image, sculpture, text, and folklore. Her research is centered on disavowed histories of dissent, chiefly in her ancestral Kurdistan, connecting quiet personal acts of resistance to global mass movements. Harouni’s work is rooted in spaces, human and nonhuman subjects imbued with both the utopian dreams and broken promises of revolution. Harouni is an educator, Professor and Head of the Studio Art Program at New York University’s Department of Art. 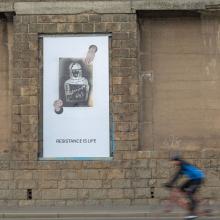 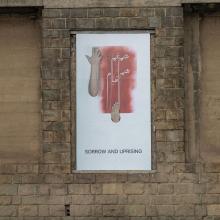 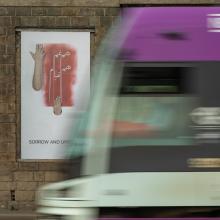 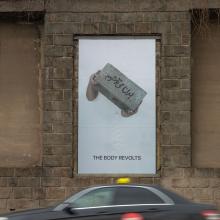 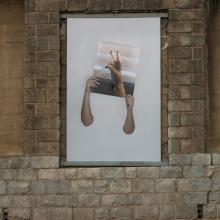 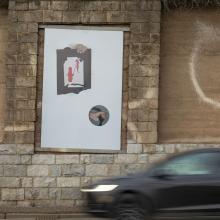 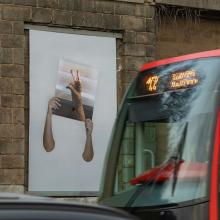 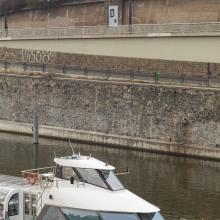 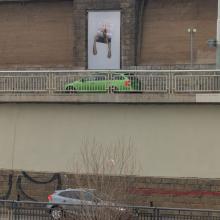 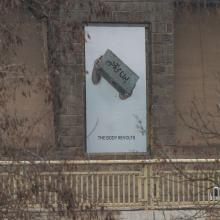