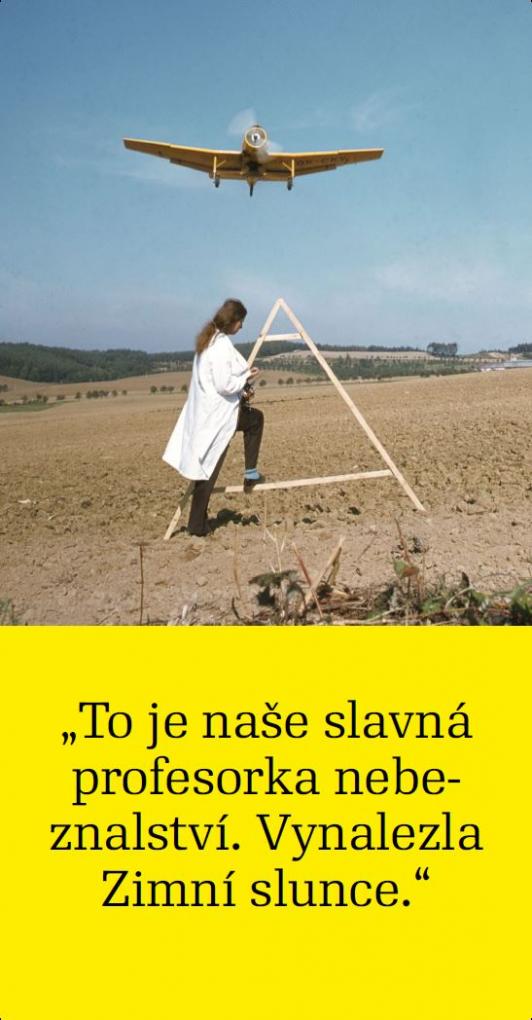 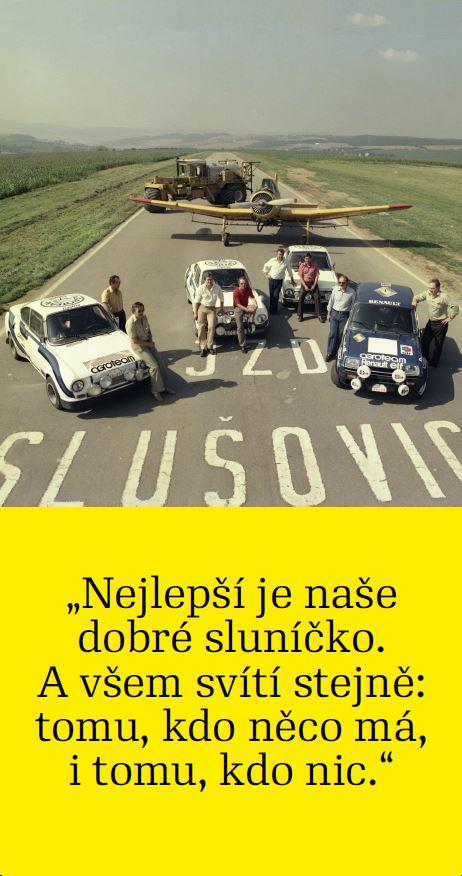 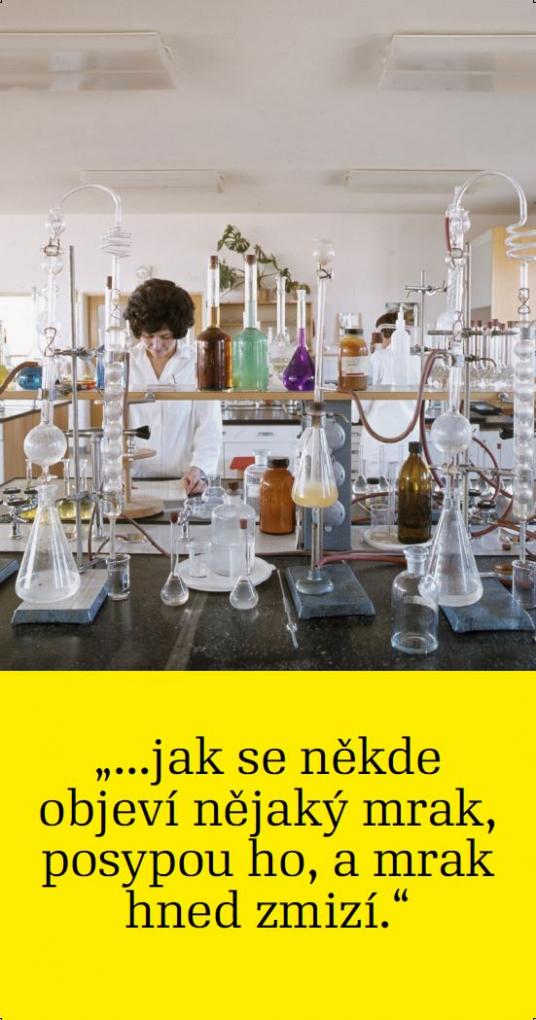 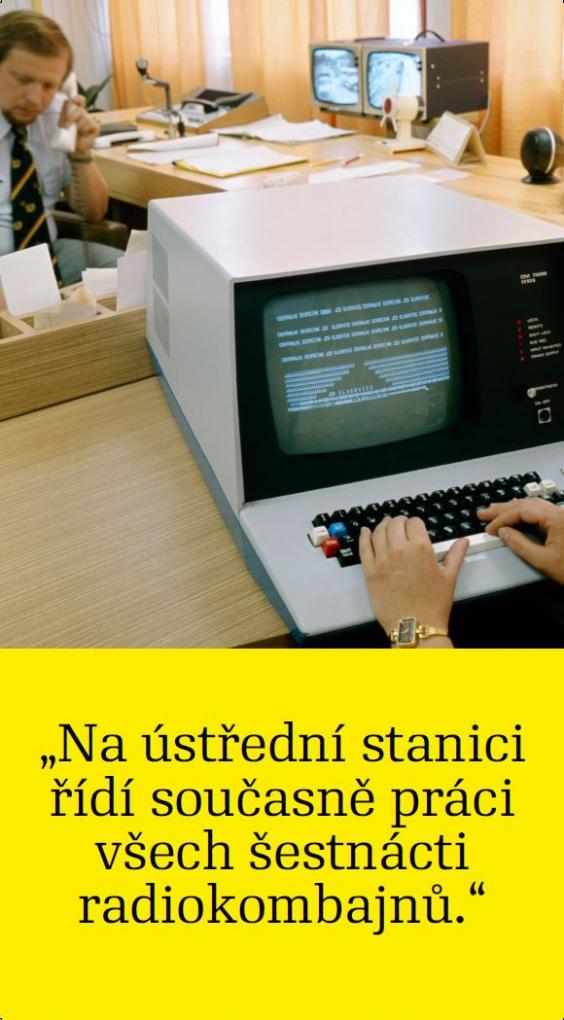 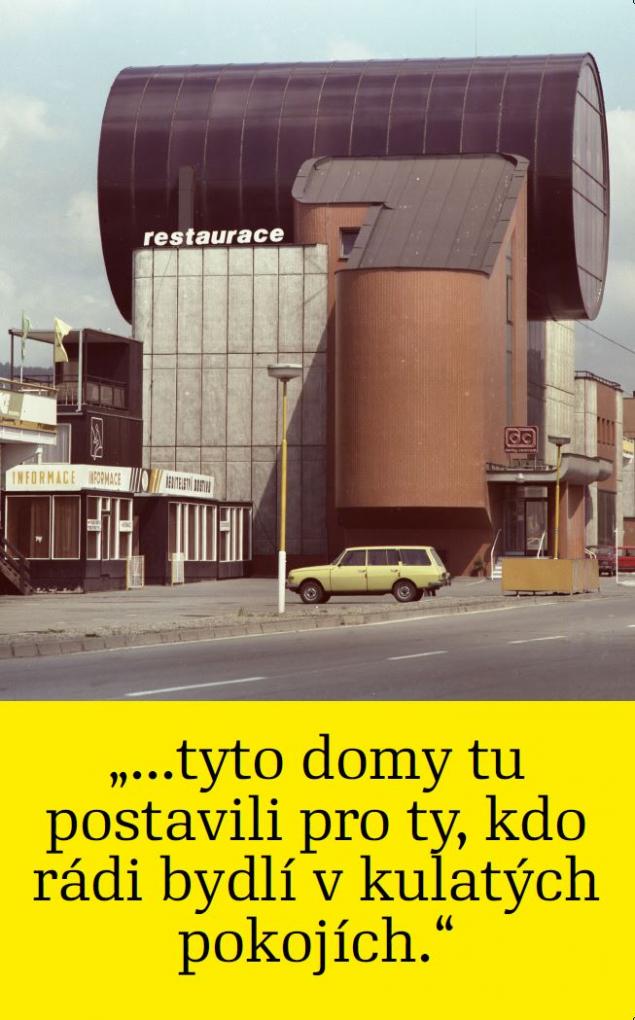 “They have no clouds there?” wonders Dunno in the book Dunno in Sun City by Nikolay Nosov. “Why not, they do,“ responds one of the residents of the sun utopia, “but our scientists invented this powder and just as a cloud appears, they powder it and the cloud immedately vanishes.”

Limits of One Dream

The exhibition Sun City links promotional photographs of the collective farm Slušovice made in the 80s by a commercial photographer Jan Regal with utopian children literature. It evokes expectations invested in the experiment combining socialist economy with capitalist elements while simultaneously showing the limits of one dream.

"In the current post-election political situation in the Czech Republic, this art project draws attention to the problematic nature of seemingly universal megalomaniac concepts that seem appealing at first sight. However, there are no simple solutions to the management of society or even nature. These efforts in the long run fail," curators Lenka Kukurová and Zuzana Štefková comment on the exhibition.

Economic success of Agro-combine Slušovice and the unusual scope of products and services on offer were unparalleled in the context of socialist Czechoslovakia. Under the leadership of František Čuba, Agro-combine Slušovice successfully created small innovative teams, manufactured scarce goods, made business with the West, and simultaneously functioned as a showcase of Czechoslovak socialist agriculture. It exported calves, syrups, and fertilisers on a mass scale. These commodities were traded for prised foreign currencies and components to construct first locally produced computers. The employees had more-then-average salaries, were shopping in Kvatro shops with luxurious and foreign goods, saved money in their own savings bank. Between Slušovice and Zlín were several kilometres of highway built from the collective farm’s money. Economic miracle of Slušovice that came about under non-standard conditions of the socialist state ended with a shady transformation of the giant company into a multitude of firms in the early 1990s linked with suspicions of pilfering and tax evasion.

Concept of the project was inspired by childhood memories of the artist: “I grew up in the 1980s not far away from Slušovice. Legends told about the collective farm mingled with the children books of the time. The project is primarily about a dream. About an attempt to create perfectly functioning company with motivated and efficiently working employees combining ideals of socialism with economic elements of capitalism. It is about the impossibility of reaching these goals.”

Zuzana Štefková, one of the curators of the project, comments on it: “The exhibition Sun City is not just a nostalgic looking back at an economic experiment. It is also an excursion into the operations of the human mind. It shows how the desire to attain happiness generates space for unrealistic expectations that can become in the hands of politicians the corner stone of demagogic programs. In the time when a large part of the population believes in a simple recipe for prosperity, the idea that the state can be managed like a firm, it seems relevant to focus on a firm that functioned as a state within a state.”

photo of the exhibition at Artwall: Tomáš Pospěch

Downloads
Pospech_pozvanka_EN.pdf
Photos of the exhibition 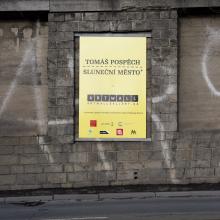 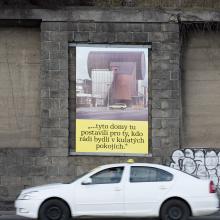 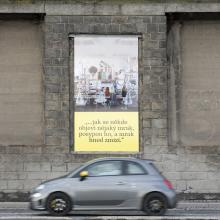 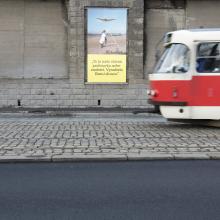 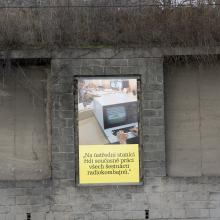