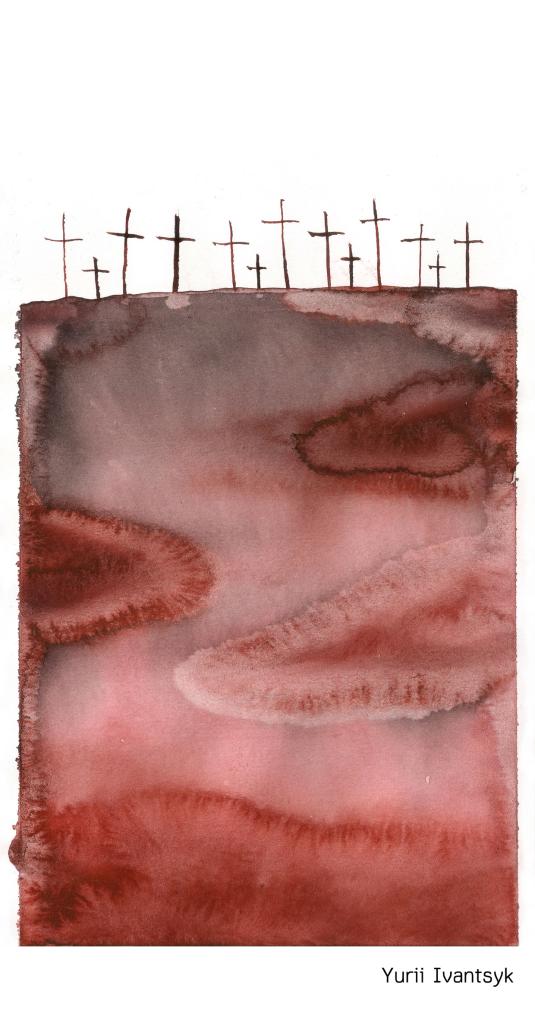 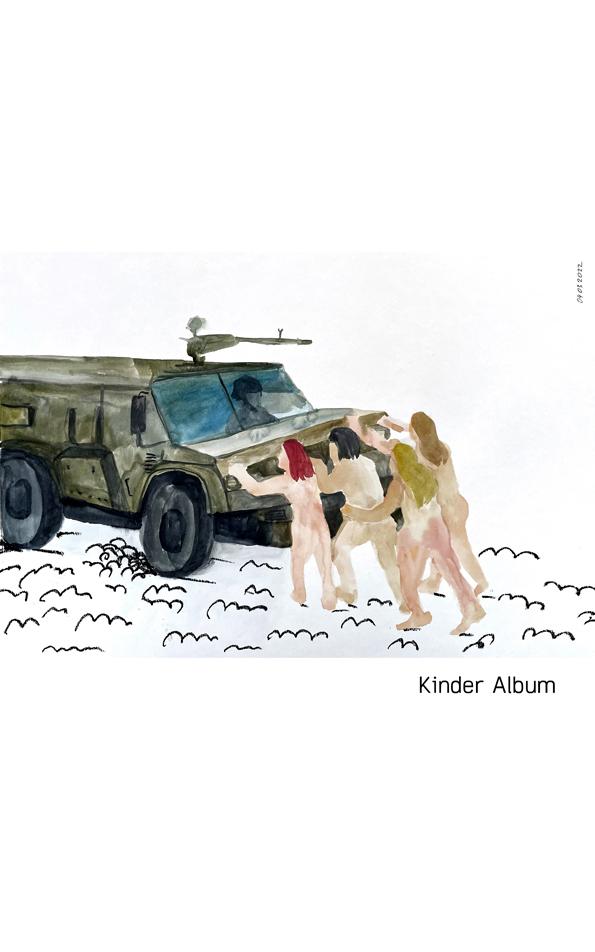 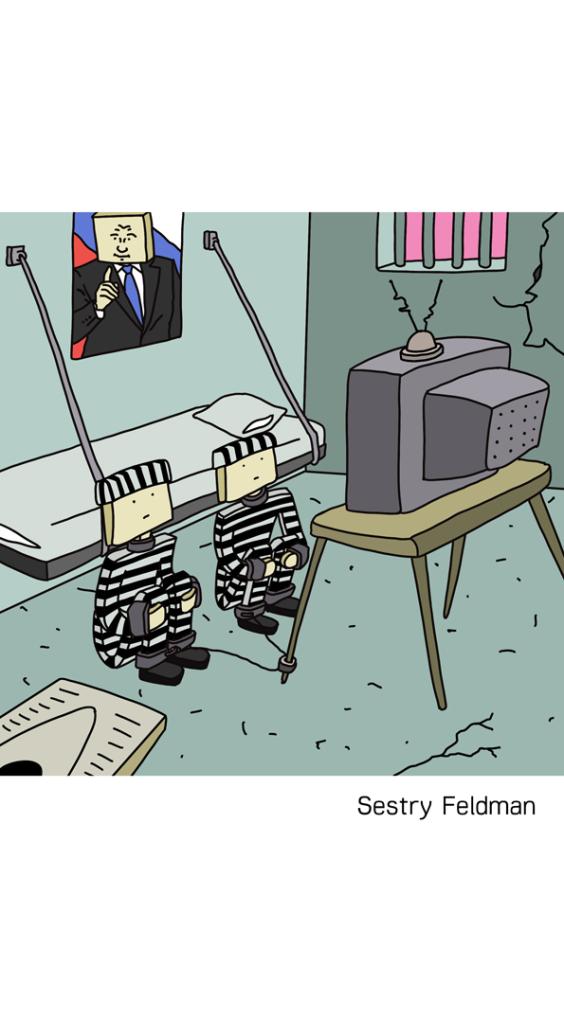 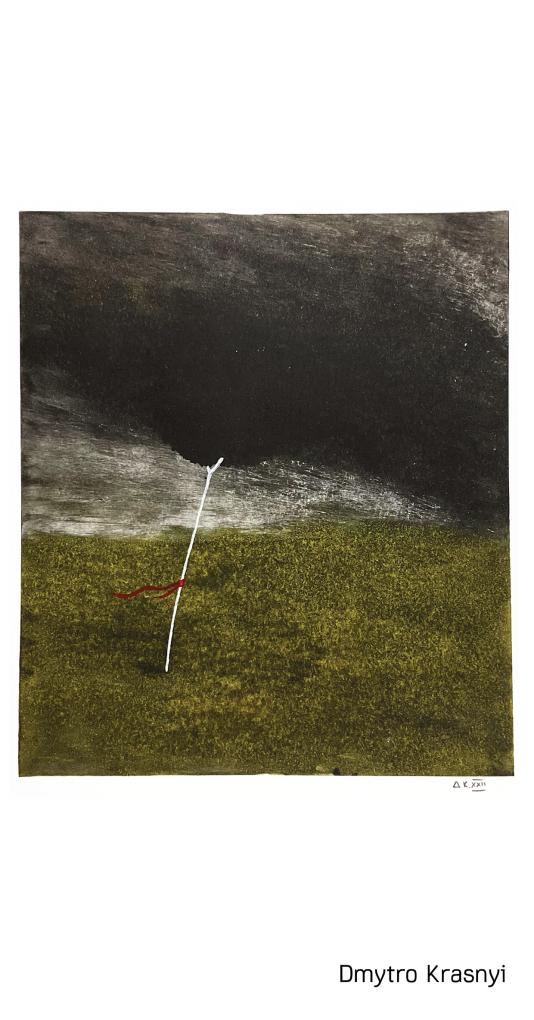 The Russian attack against Ukraine is probably the best documented military conflict in history. Photographs and videos depicting the horrors of the war are appearing in the media. They provide concrete images of previously unimaginable events. However, alongside documentary images, works of art are also being created that capture not only the shocking reality, but also the feelings of the people who are directly confronted with it. The exhibition War Reports presents just such subjective reactions of Ukrainian artists.

A red field with crosses, bombs falling from a blue sky onto a yellow ground, a crutch supporting a stormy sky, naked people facing an armoured vehicle, TV viewers as prisoners of propaganda – all these are powerful visual testimonies that report on the lived reality of war. Motifs of sadness, pain, but also heroic defiance emerge. The artists work with a variety of media and means of expression, from painting to drawing to caricature. They are united by the theme of a war that has shocked the world. The paintings are a coping mechanism and at the same time they carry a clear anti-war message.

The works draw on the rich history of art as a form of protest. Unlike documentary footage, these images also express a clear opinion and condemnation of the aggression against the Ukrainian population as well as a critique of the impact of media propaganda. In the history of art, this genre is associated with reportage drawings made during wars. Reportage drawings not only preceded photography in the past, but also served as a more personal description of the world.

Artwall Gallery dealt with the topic of Russian aggression on the territory of Ukraine as early as 2014, at the time of the invasion of Russian troops into Crimea. At that time, the Slovak art group Kassaboys criticized the territorial claims based on the idea of a return to the historical form of borders. This topic is more relevant now than ever.

"We see the current exhibition as a gesture of solidarity with those affected by this war conflict. Through it, we express our support for those who have been forced to leave their homes or have lost their loved ones. At the same time, we also want to remind the viewers who are passing by and living their lives in peace that in Ukraine the fight is being fought for them," say the curators of the exhibition Zuzana Štefková and Lenka Kukurová.