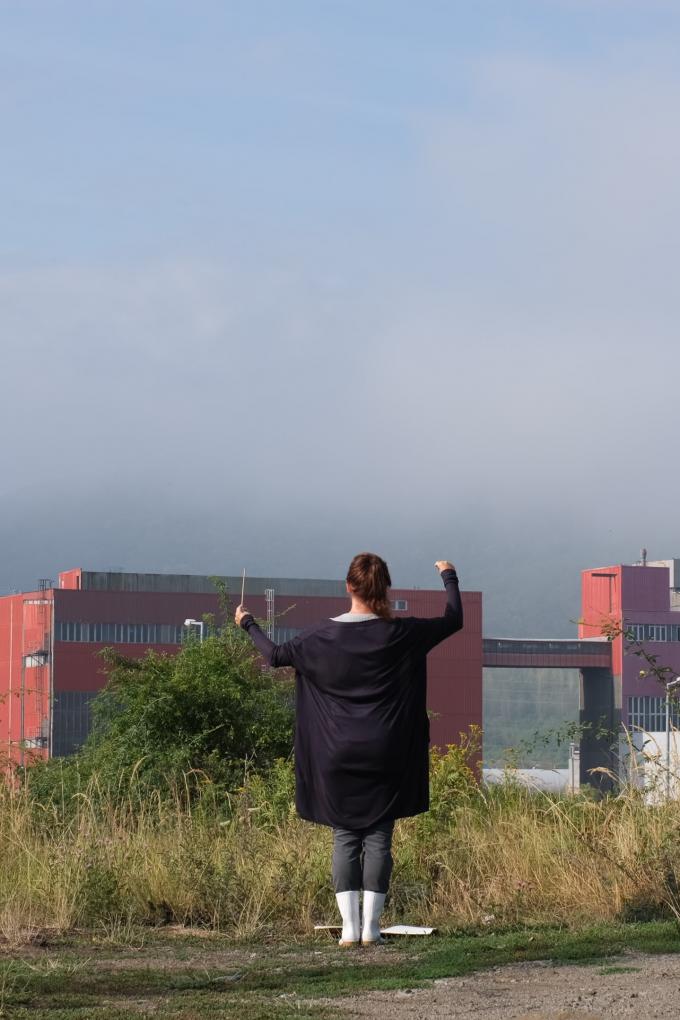 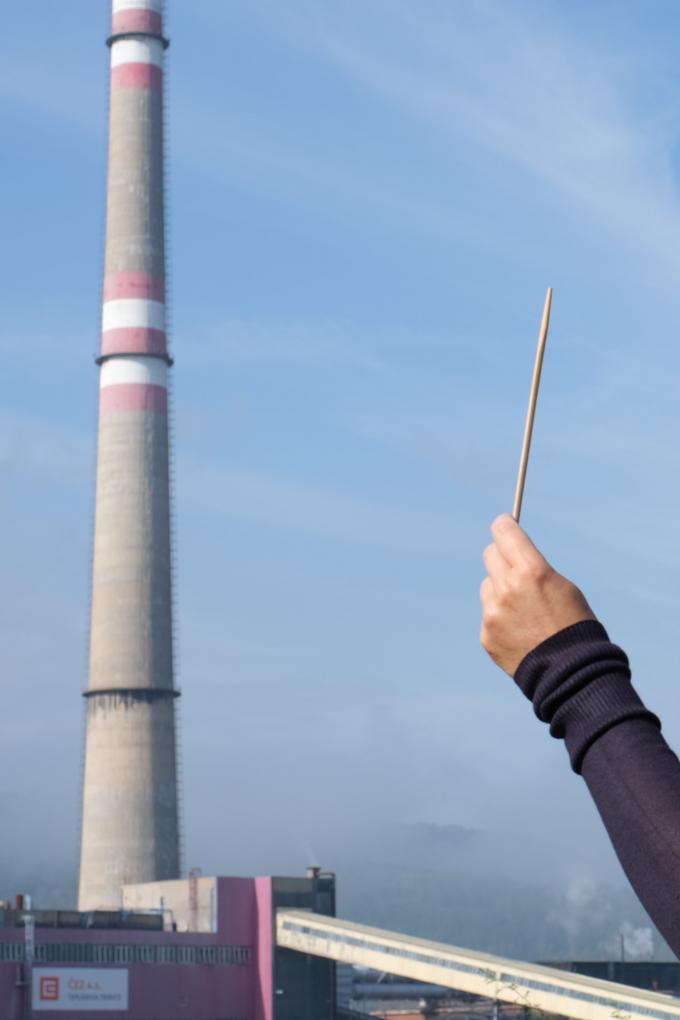 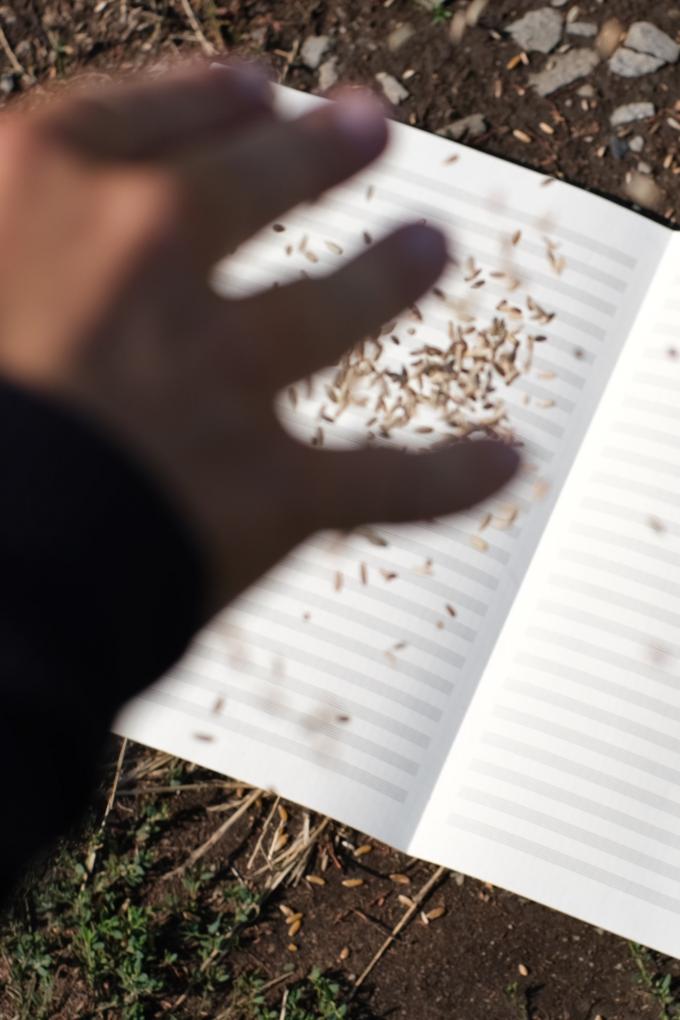 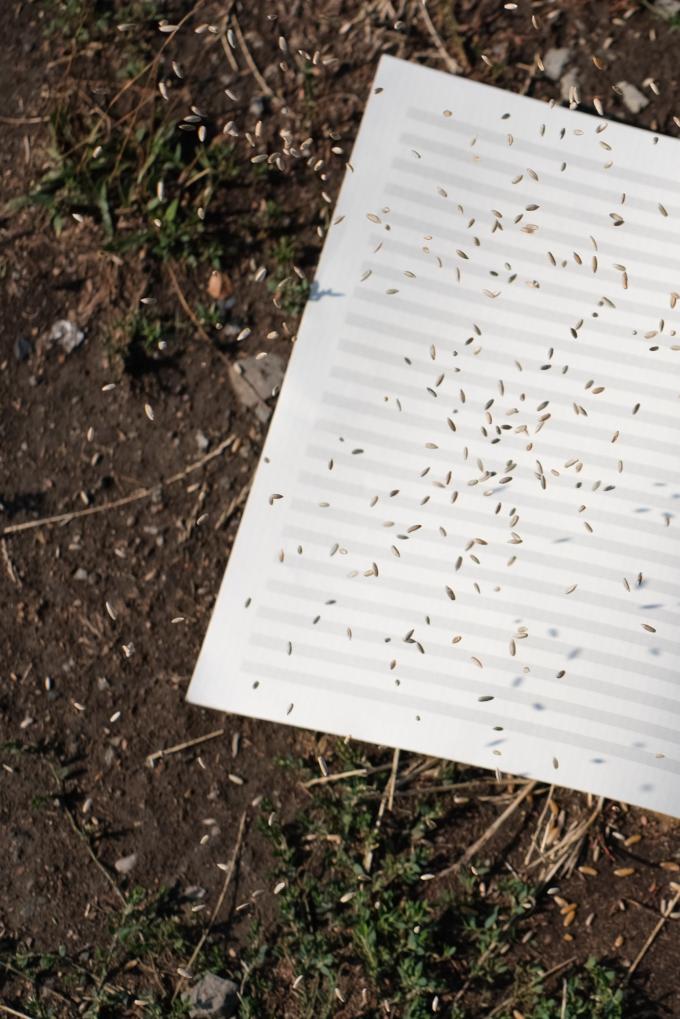 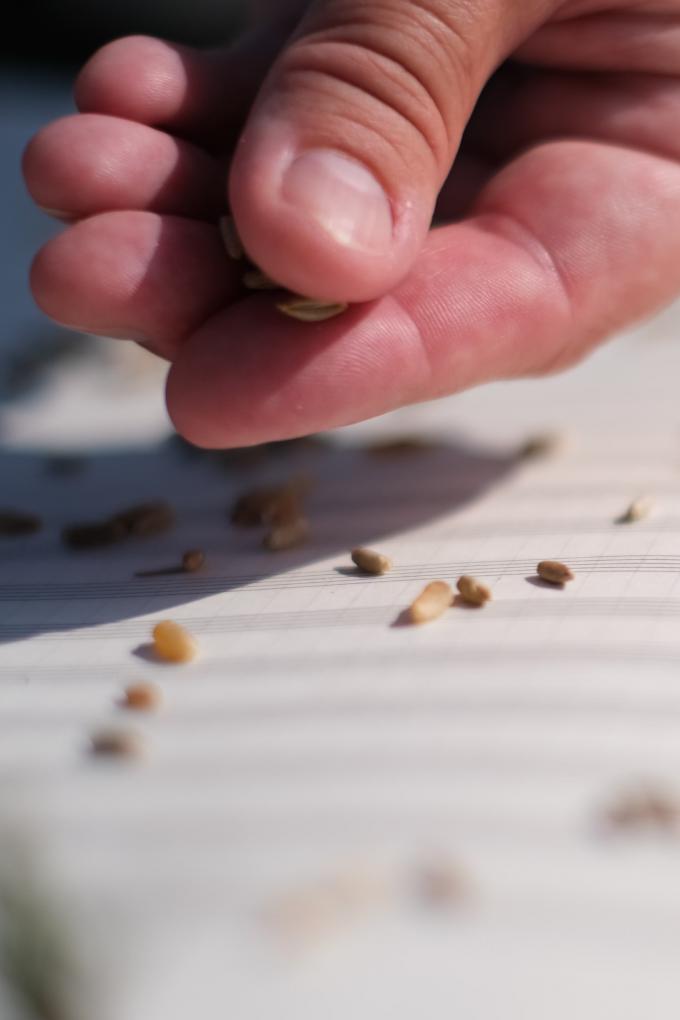 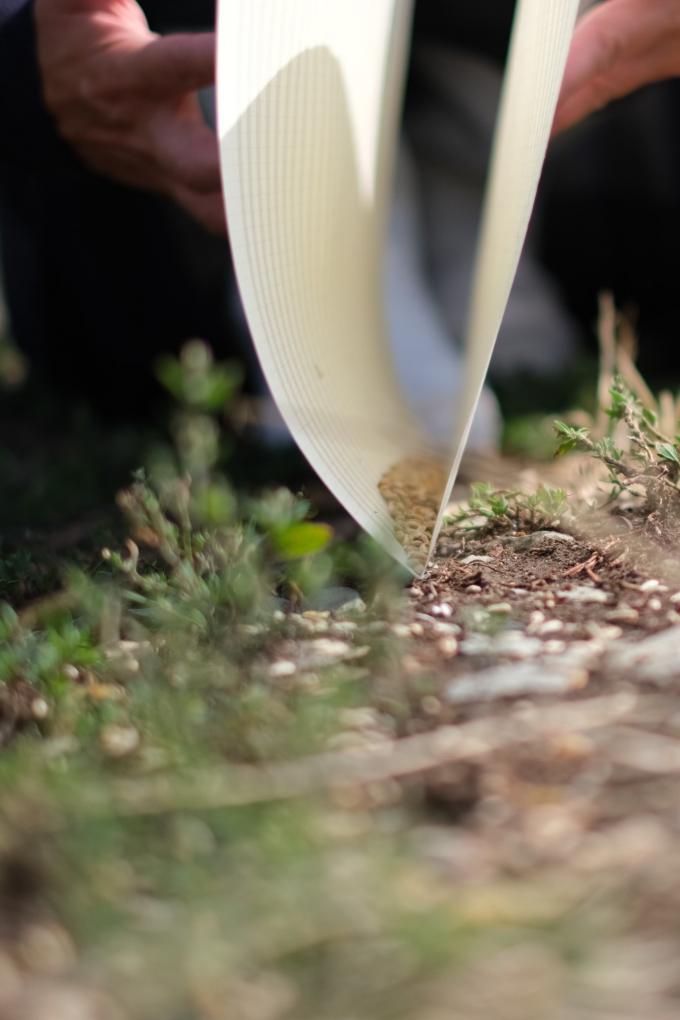 Zdena Kolečková's exhibition Eroica captures in six photographs the story of an encounter with a heavily tested industrial landscape. In her work, the artist responds to the area of the foothills of the Ore Mountains, where she comes from.

One of the photographs shows the artist with the gesture of a conductor standing on the outcrop of a former mining pit in front of the heating plant in Ústí nad Labem. Another photograph shows notepaper covered with seeds, which the artist is sowing into the soil. The title of the exhibition, contained in the letters below each photograph, combines a reference to Beethoven's third symphony called "Heroic". The exhibition is a statement about the relationship to a landscape marked by brutal human interventions. The typography of the typeface refers to the logo of the energy company ČEZ, whose operations have had a destructive impact on the environment of North Bohemia.

Ludwig van Beethoven, who stayed in nearby Teplice, originally dedicated his symphony to Napoleon. After Napoleon declared himself emperor, Beethoven cancelled the dedication. The Eroica Symphony is a symbol of revolutionary sentiment and heroic liberation from the grip of tyranny. Zdena Kolečková pushes the meaning of heroism and sees it in the landscape itself. "The music of Eroica pulsates in my temples without wearing headphones. Despite the harm we have done to this landscape, its spirit still permeates this region."

Zdena Kolečková was born in the landscape of the Erzgebirge and she constantly returns to it in her work. She maps its turbulent history and present, combining personal experience with the legacy of 20th century history and sensitivity to the immediate details of her surroundings with a reflection on social issues. One of these major themes is the question of ecology, the climate crisis and the complex relationship between man and "his" environment. This is what the Fotograf Festival #11, this year called Earthlings* is dedicated to. The festival focuses on the question of what it means to inhabit the planet, and how to be an Earthman or Earthwoman in general and in the here and now, in the region of Central Europe. Zdena Kolečková answers this question in a poetic yet radical way. She sees her place as an earthwoman in listening sensitively to a landscape that regenerates itself. She sees heroism not in the manifestations of man, but in the subtle but unshakable force with which seeds germinate and fertilise a landscape torn apart by heavy industry. "Similar to the urgency of the Eroica symphony, Zdena Kolečková's work conveys urgency, in this case the necessity to change the exploitative relationship of man to the landscape," add curators Zuzana Štefková and Lenka Kukurová.

The opening will take place on 9 September at 6 pm at the Centre for Contemporary Art Prague, Dukelských hrdinů 500/2a. There will be presentation of the author's book monograph. The exhibition is part of Festival Fotograf #11: https://fotografestival.cz/2021/?lang=en. A guided tour of the exhibition with the author will take place on 18 September at 15:00 as part of the event Zažít město jinak.

About the artist: Zdena Kolečková continuously deals with topics based on the history and present of North Bohemia, where she was born and where she lives. Her family roots (her grandmother's Polish-German origins) are reflected in works thematizing complicated Czech-German relations, while her more recent works show equally complex forms of the interconnection between man and nature. She is a professor in Visual Communication. She works at the Faculty of Art and Design of the Jan Evangelista Purkyně University.

The project is supported by the Ministry of Culture of the Czech Republic, the City of Prague and the Municipal District of Prague 7.

Media partners of the project are Artmap, Radio 1 and GoOut. 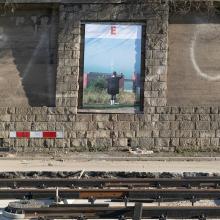 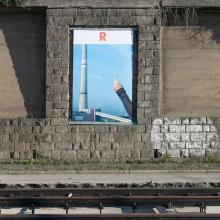 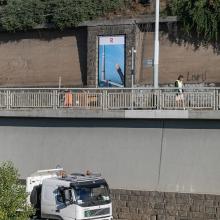 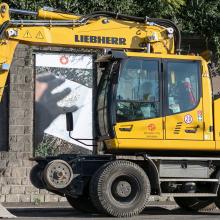 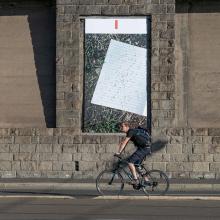 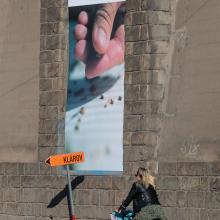 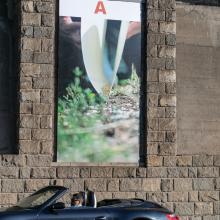 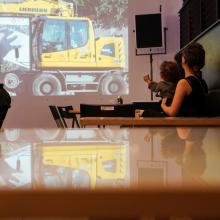 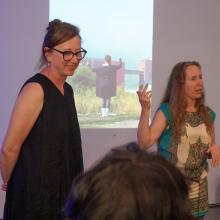 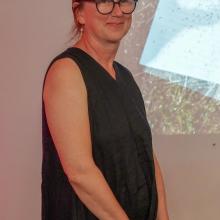 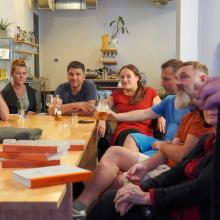 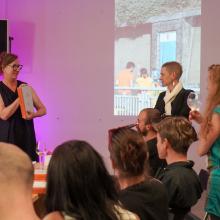