Alma Lily Rayner: Some Things My Father Put Inside My Vagina

Alma Lily Rayner - Some Things My Father Put Inside My Vagina

The exhibition consists of a series 3D object based on real-life objects, photographs and memories of the artist and activist Alma Lily Rayner . Displayed items refer to the long-term sexual abuse, which the author experienced in childhood. Within Czech public space, this type of personal confession appears for the first time.
“It is a silent war, an invisible one. There are no explosions. No armies gushing. No cameras sniffing. Whatever happens there, no nation will stand still. The battlefield is just a house. The bed is neat and pink. A spoon, a toy, a piece of soap. He is just a father. She is just a daughter. Another year has passed.“

The exhibition is accompanied by a series of public discussions on rape culture entitled “Why me?”, held at tranzitdisplay, Dittrichova 9, Prague 2.
The titles of the discussions refer to questions often posed to women who were sexually assaulted. Their formulation suggests that women are to blame for what happened to them. Given the fact that rape victims are mostly women, the questions are formulated in the feminine gender (in Czech). Yet it must be emphasised that the problem of victim-blaming effects all people, regardless of their gender identity. The discussions will be held in Czech.
About the project:
More than 50% of the population in Czech Republic are women. Ask each and she could tell you about the time she was either sexually discriminated, harassed, assaulted or abused. Maybe it was by a family member, a partner, a friend, a teacher, a colleague or, more rarely, by a stranger. Maybe it happened once and maybe it went on for years. However, you probably never asked and even if you did, she probably wouldn’t tell. After all, she is smart enough to know that by coming out she would be stigmatized, victimized and likely be blamed. In any case, she already has so many gender-based struggles ahead of her, why make it worse?
So, we keep silent, being the civilized bystanders that we are. We convince ourselves that sexual violence is about sex- a private issue rather than a sociopolitical phenomenon, blossoming in partially hidden patriarchal structures. Meanwhile, at least one out of four women will experience some form of sexual abuse before the age of eighteen. In over 85% of the cases it will be carried out by someone the victim knows, while one of six girls will experience incest. Statistics on the subject are logically hard to gather since most cases are not even reported. Yet it is already well established that sexual abuse is nothing exceptional; it is all around us and does not concern just women of a certain socio-economic status. Nonetheless, you will hardly ever hear about these women on the media unless they are sensationally murdered. You will not see them as they grow up battling with the long term psychological and social effects of assulte/s. If they manage to survive through to adulthood, they will by that time learn the importance of silence and will likely become a bystander themselves. And so, it goes on, from one generation to another, like a vicious circle.

Our project aims to interrupt this vicious circle. We strive to create a public platform that enables to speak openly about this rape culture. There are many mythes and stigmas around sexual violence and the subject is still profoundly a taboo. Therefore, it is crucial to primarily shift the discourse into a wider sociopolitical context. It is also important for to fight against the invisibility of sexual violence survivors. Within the series of the discussions, survivor will speak among other experts on the subject. In co-operation with the Czech magazine A2, we also prepared a special edition on rape culture.

What did You Expect? Living in a Rape Culture
February 8 at 6 pm
Rape culture is not just about sex. It is present all around us: in commercials as well as in ordinary conversations, in a job interview or at the office. In the discussion, we will try to outline the problem and the possible ways of confronting it. Moderator: Alma Lily Rayner Guests: Blanka Nyklová, Lenka Vochocová, Petra Vláčelová, and Apolena Rychlíková

Why didn’t You Report it? Sexual violence and Institutions
February 28 at 6 pm
We see the police or the courts as institutions whose mission is to help people who have experienced sexual violence to achieve justice. However, these institutions also play another role – for example, they determine what counts as sexual violence, or who may be considered its “victim”. Discussion will focus on the the sociopolitical role of these institutions in building and maintaining power relations in the society. Moderator: Silvie Lauder Guests: Lucia Zachariášová, Klára Kalibová, Lucie Šídová, and Johanna Nejedlová

Why didn’t You Fight Back? The Concept of Expert by Experience
March 13 at 6 pm
In this discussion, we will focus on the concept of “expert by experience” and it’s vital importance within the fight for human rights. We will examine the potential of this approach and introduce practical examples, not exclusively in the context of sexual violence. Moderator: Apolena Rychlíková Guests: Lenka Vrbová, peer worker Růžena (Homelike), Eva Svobodová, and Marie Feryna

Why Didn’t You Say Something? An evening of sharing
March 30 at 6 pm
The discussion will be open to people who want to share their experiences involving various forms of sexual violence, from verbal harassment to rape. Each person will focus on another sociopolitical aspect of their personal experience. If we want to oppose rape culture, it is necessary to start talking about it and realise how it effects each and everyone of us.
Moderators: Alma Lily Rayner and Jitka Kolářová

Year-round activities of Artwall Gallery are supported by a grant from the City of Prague.
The co-organizer of the project is tranzit.cz and display. The project partners are: Gender Studies, o.p.s., Homelike, o.p.s., Konsent, Institute of Sociology, Cultural biweekly A2, A2larm
Media partners: A2, Radio 1, Artmap and Goout.

Interview with the artist with English subtitles: http://politicalcritique.org/video/2017/vagina-rape-culture-art/ 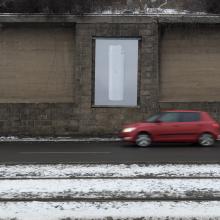 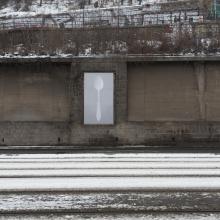 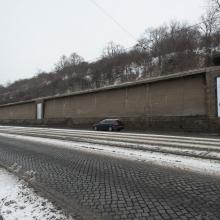 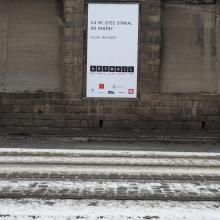 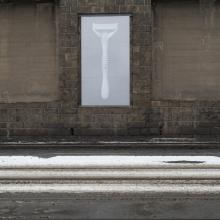 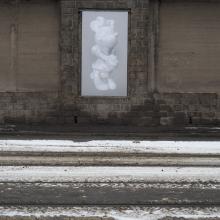 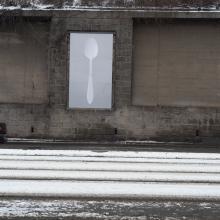 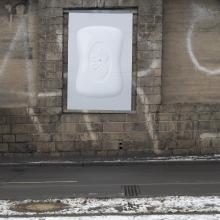 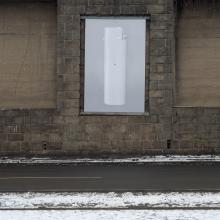