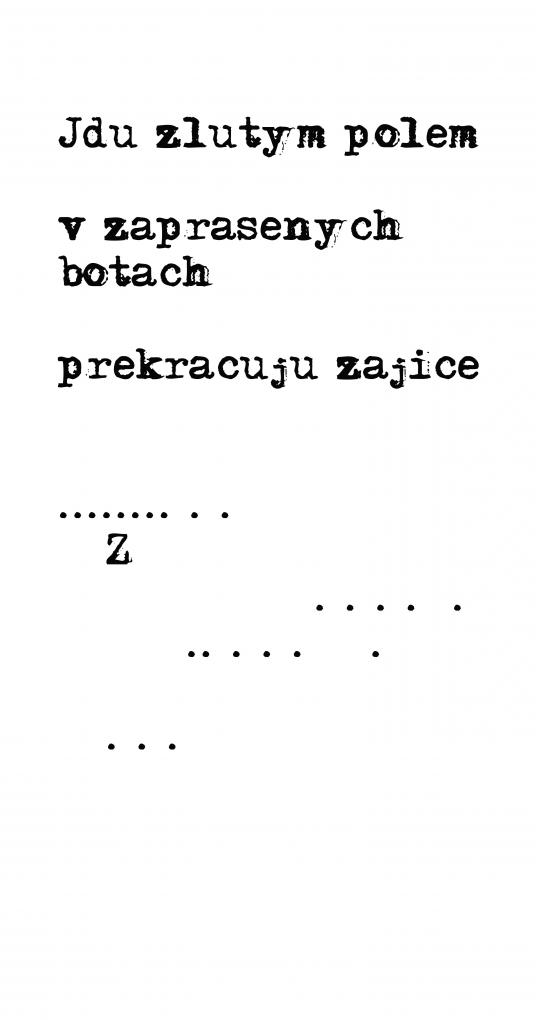 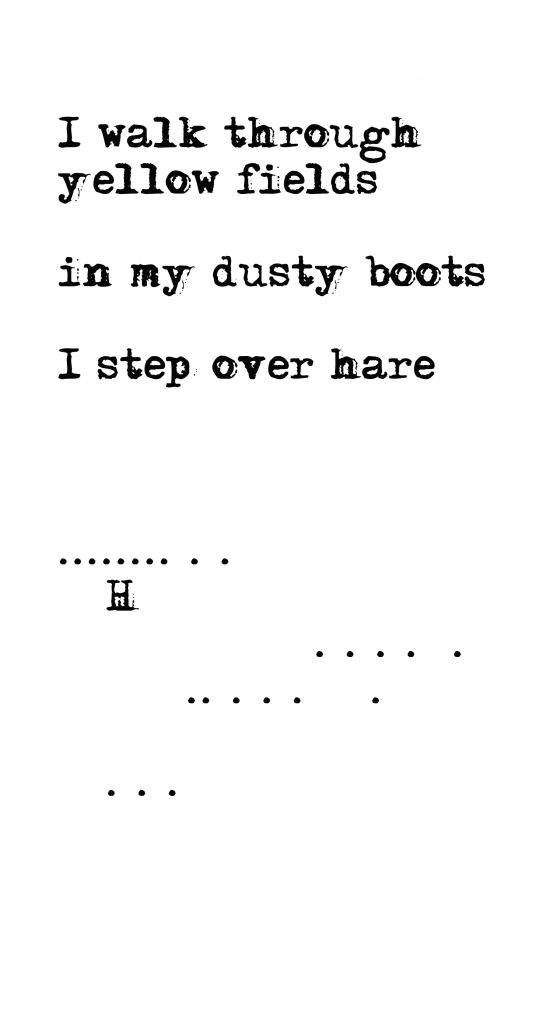 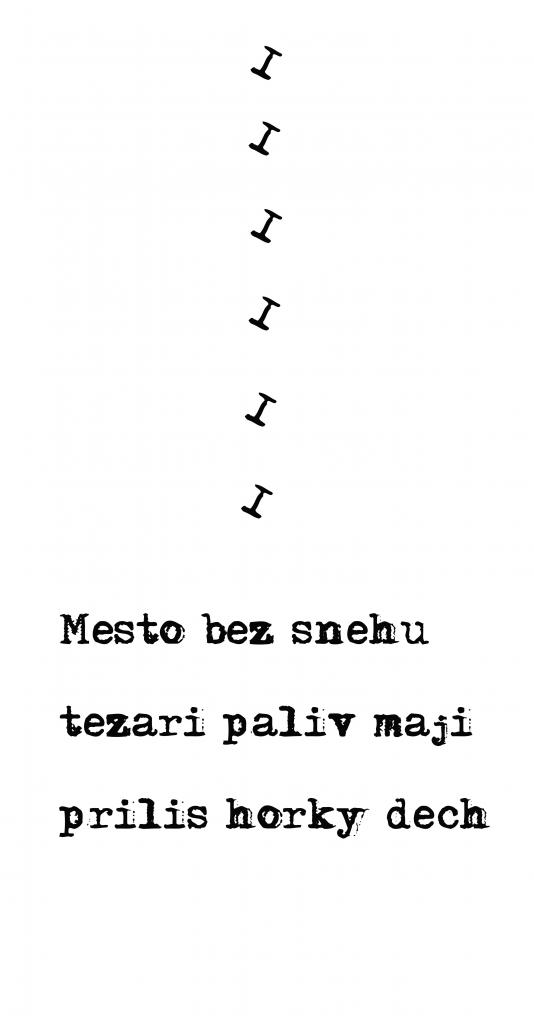 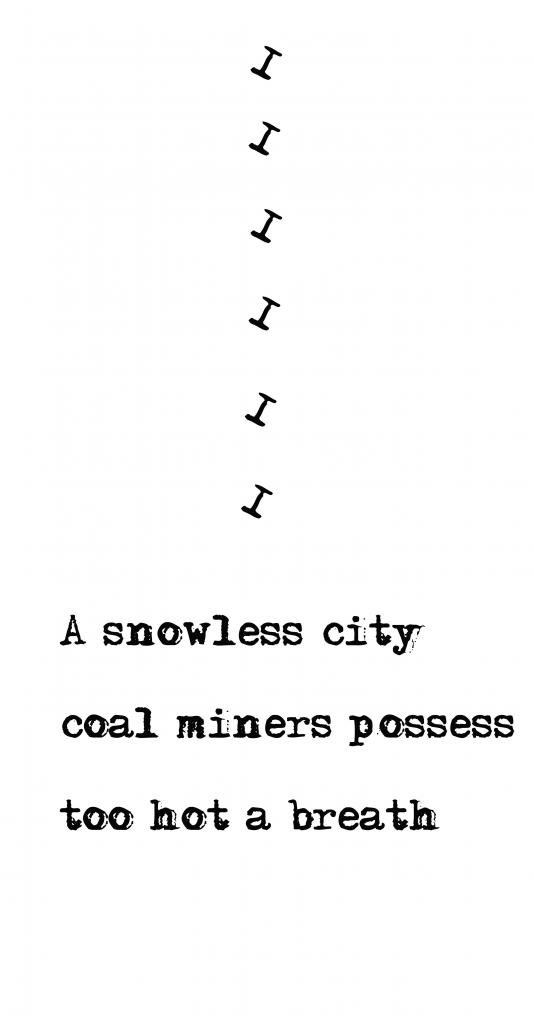 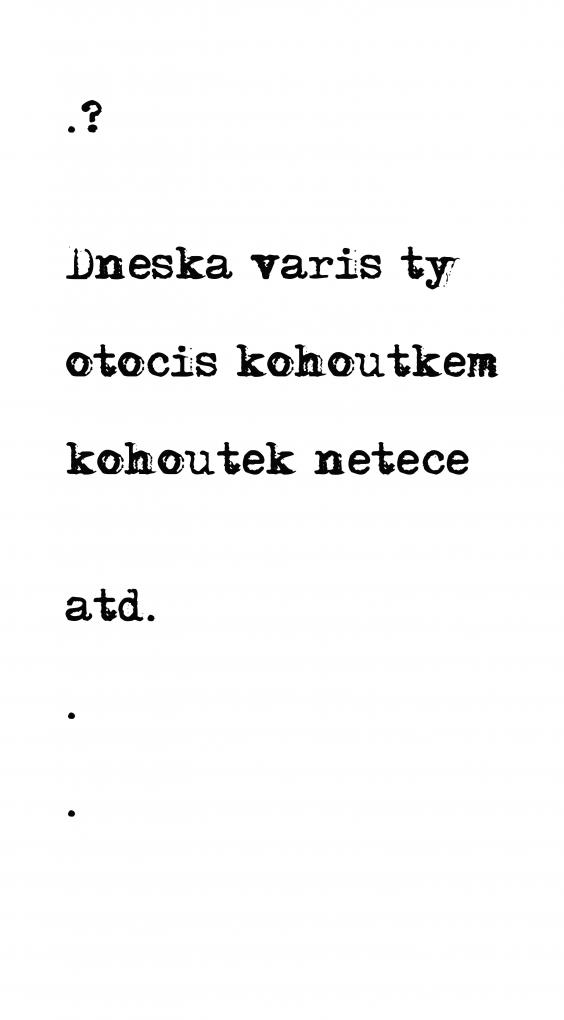 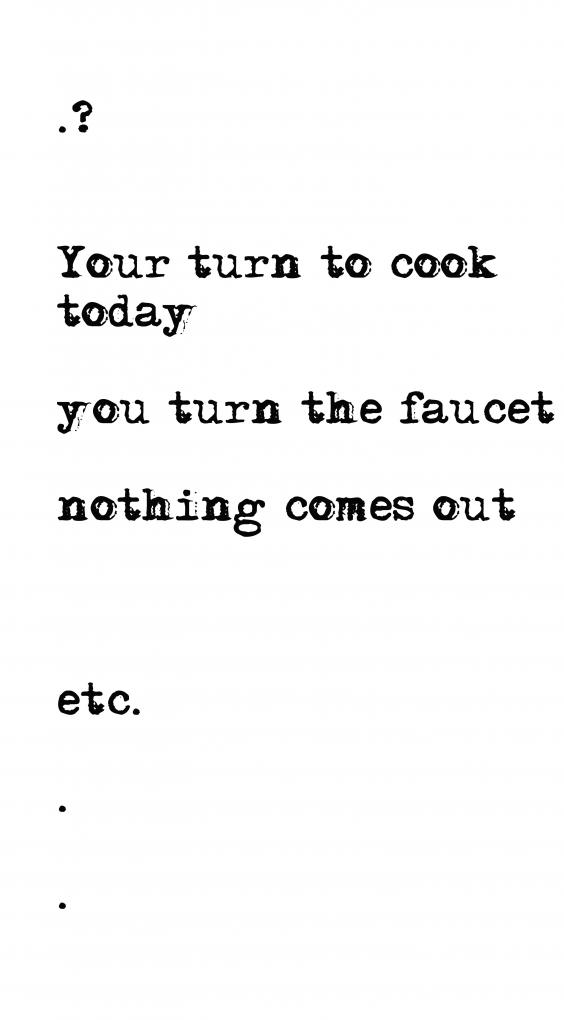 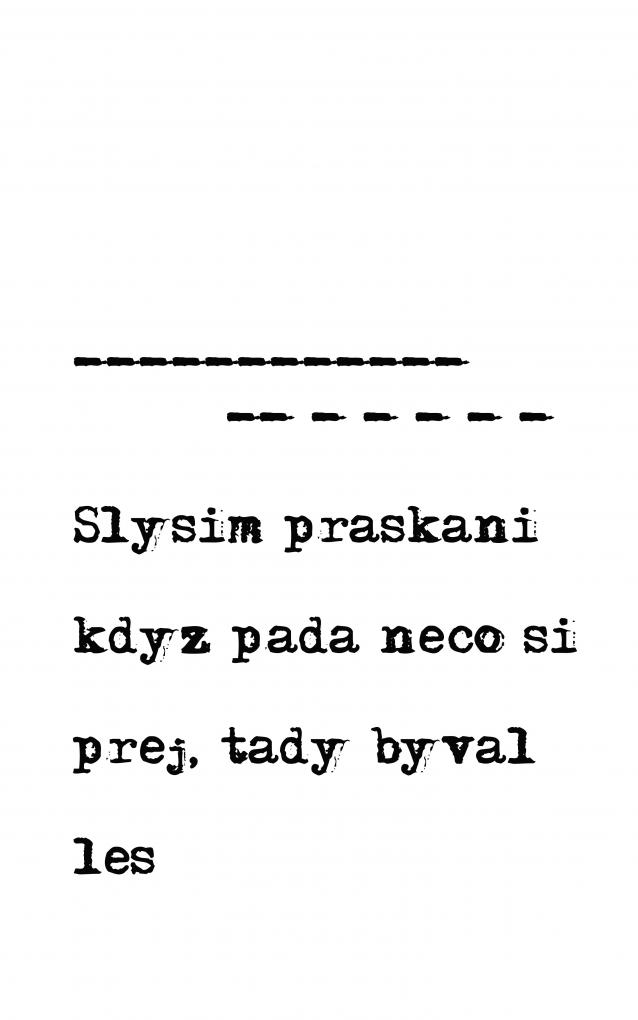 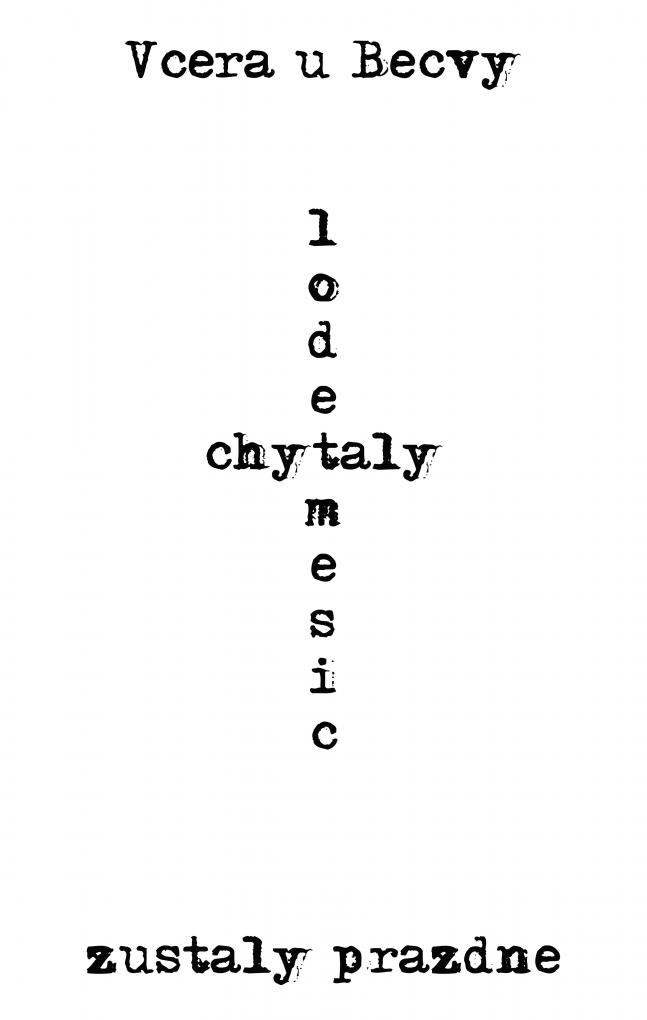 Anna Beata Háblová wrote a set of short poems for the Artwall gallery dealing with climate change, devastation, deforestation, and dehydration of landscapes, but also the recent ecological catastrophe on the river Bečva. Artist uses poetry to describe the non-poetic reality of ecological destruction. The title of the exhibition "Unspeakable" refers to the fact that statements about the destruction of nature, if repeated over and over again, are slowly beginning to lose their meaning. However, the impact of climate change and landscape devastation can be unspeakably devastating as a result of environmental disasters.

"If we won’t move from words to deeds, the words become just shreds," the author states. She adds: “Poetry is a form that invokes multiple layers of meaning with economical means. We would like to pigeonhole it somehow, but it does not work. Poems exhibited in the Artwall gallery could be haiku, but they are not, it could be a text message without diacritics, but it is not, it could be typed, but this is not true either. Such ambiguity is also the ambiguity of our future."

Individual words written in typescript are arranged in such a way that sometimes they form a cross, other times the letters fall or turn into dotted, gradually disappearing lines. The essential and at the same time unspeakable takes place between the lines. Against the background of a stark description of banal facts, the author evokes an unimaginable crisis that can encroach if we remain idle. In this non-traditional form, she tries to communicate the unspeakable and at the same time set free the audience from indifference to the future of the environment and our entire planet.

The project arose from an open call of the Artwall gallery entitled "There is no Back to Normal". The Artwall Gallery focused on the topic of the transformation of society after the COVID-19 pandemic. In the context of the coronavirus crisis, we often hear calls to return to normal. However, the way of life that our society considers normal is deeply destructive to our planet and inevitably leads to a global collapse. "The crisis can help us understand that there was nothing rational or necessary in the previous normality. It is necessary to use the opportunity to present new economic and social models based on respect for nature. Returning to a dirty future would be a missed chance. This is also the point of the current exhibition,“ state the curators of the Artwall Gallery Lenka Kukurová and Zuzana Štefková.

About the artist: Anna Beata Háblová is a poet, slam poet, architect, urban planner, and theorist. She has received the Young Architect Award 2010 and the Young Planning Professionals Award 2012 for her architectural designs and theoretical work. She has published four poetry collections and two popular science books: Cities of Walls - Life and Death of Shopping Centres (Dokořán, 2017) and Non-Places of Cities - Neglected, Transient, and Missed Cities (Host, 2019). Her poems have been translated into several European languages.

The exhibition is organised under the auspices of Hana Třeštíková, the Prague City Councillor for culture.

The extended version of the exhibition will be available from 19th of January to 31st of March at www.artbiom.cz. 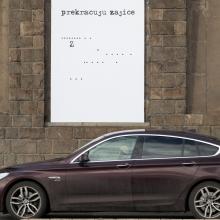 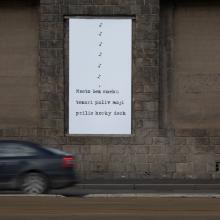 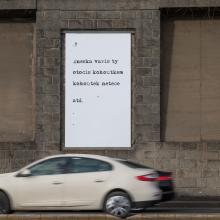 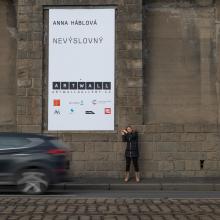 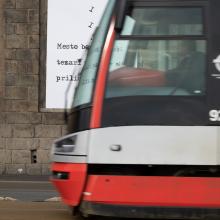 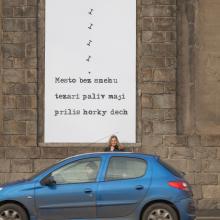 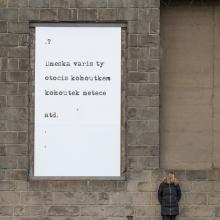 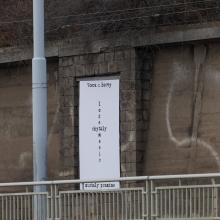 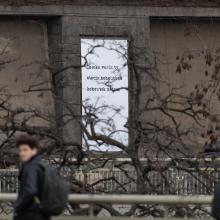 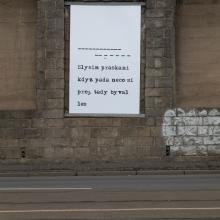 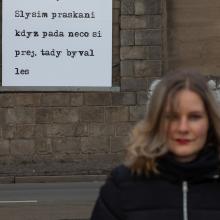 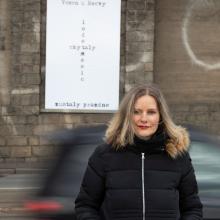