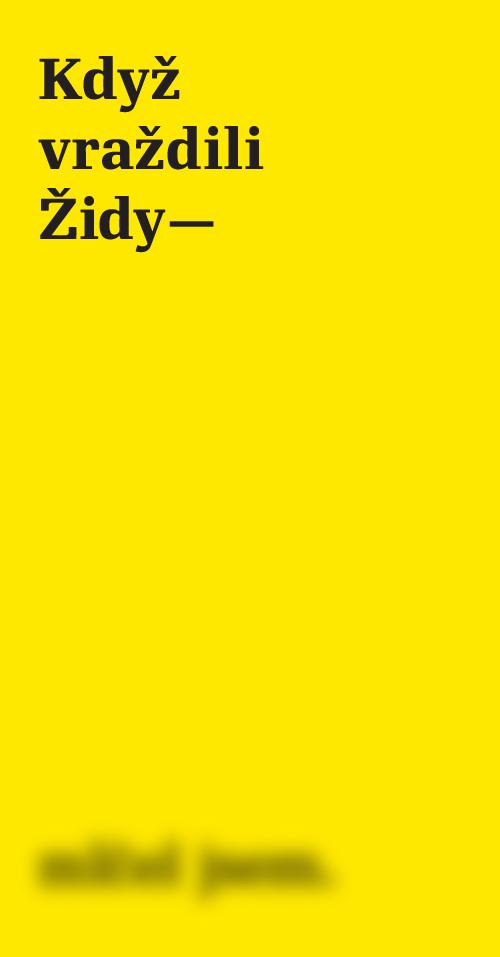 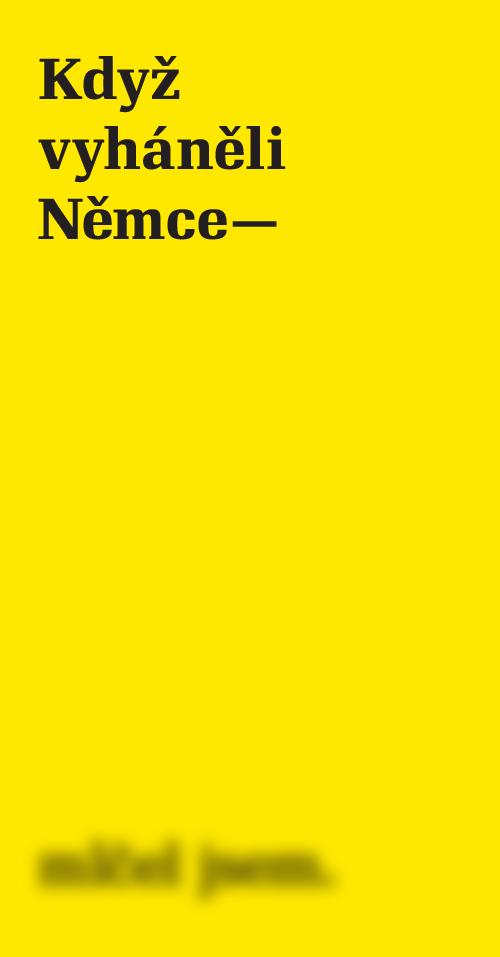 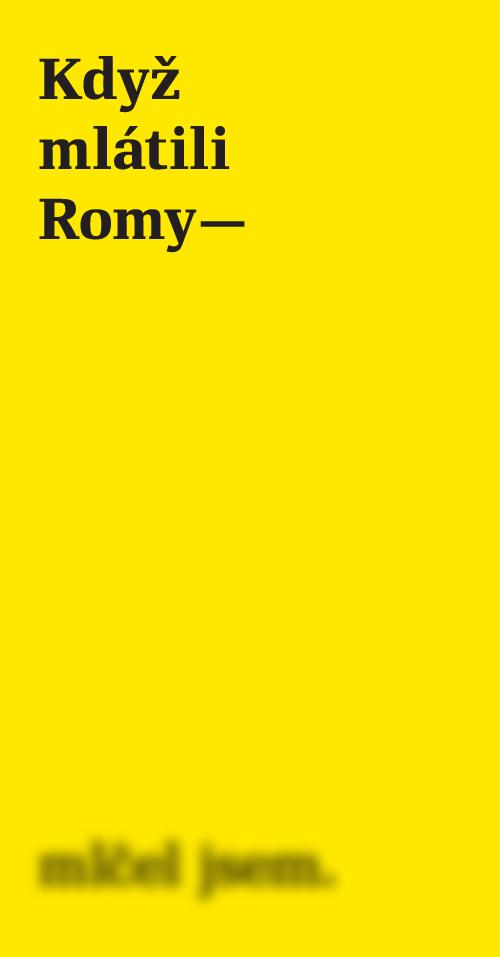 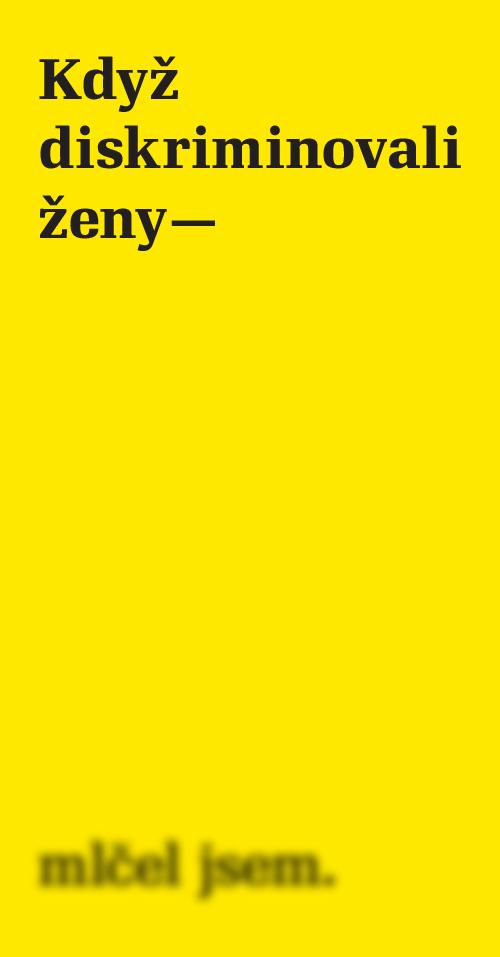 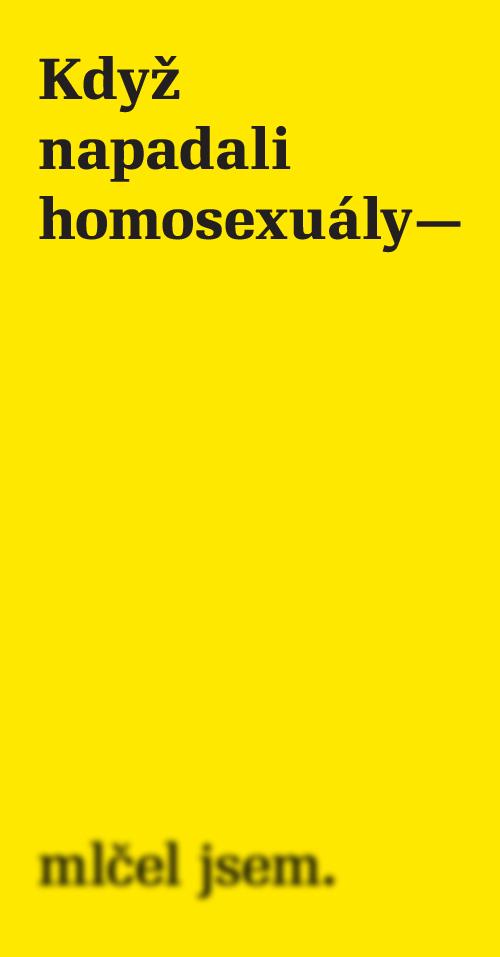 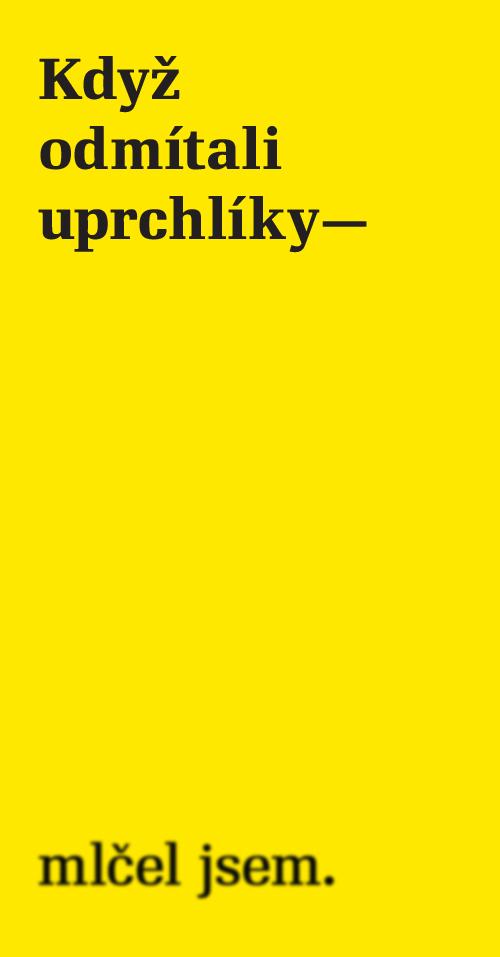 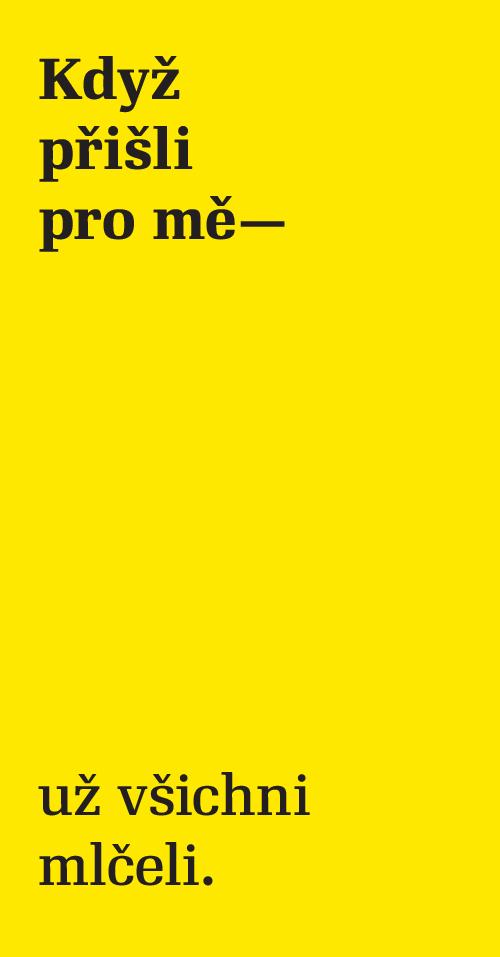 What does solidarity mean to us in the times of danger? Ilona Németh responds to this question by paraphrasing a famous quote by a German pastor Martin Niemöller. His statement about devastating consequences of indifference that eventually turns against those who countenanced injustice was a reaction to the events preceding the World War II in Nazi Germany. Ilona Németh adapts this more than half a century old appeal to the Czech context and updates it as to spell out the current atmosphere of social resignation.

The artist adds in the following: "In the nineties we assumed that Central Europe is open and culturally and ethnically diverse. Now, in the times of a crisis, we tend to shut away and be as selfish as we can. In the Visegrad countries there is a growing support of populist and autocratic politicians. These claim to protect "European values", but what values ​​are we talking about? Christian values? Solidarity?"

The unfocused text "I did not speak out" is repeated like a refrain and evokes forgetting and the fading voice of conscience. Yellow-black color text serves as a warning and refers to a danger that – according to the author – does not come from the outside, as all sorts of populists tell us, but from the inside.

"As we remain silent in the face of the suffering of others, we should realize that together we are responsible for what is happening around us, and that we will be also influenced by our own inaction," says curator Zuzana Štefková.

Ilona Németh (*1963) is the head of Intermedia studio at the Academy of Fine Arts Bratislava. Her work encompasses a wide range of media from sculpture and installation to video. She has had numerous solo exhibitions in Slovakia, the Czech Republic, Budapest, Vienna, Bucharest, Rome, etc.

The project is realised with a financial support of the Czech Ministry of Culture. The project partner is the City of Prague. The media partners are Aktuálně.cz, Radio 1, Artmap, Kulturissimo.cz.

Translation of the text on the panels: 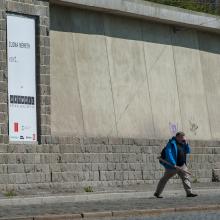 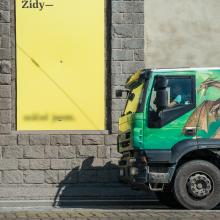 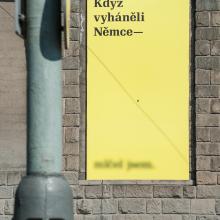 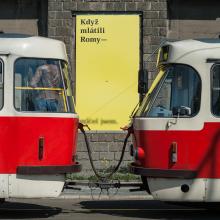 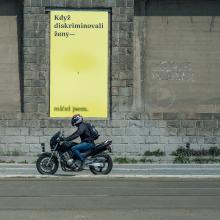 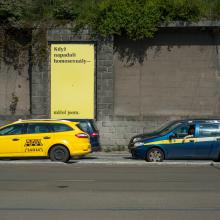 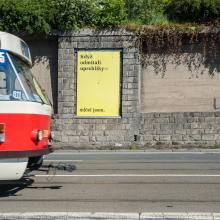 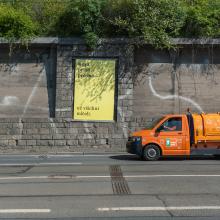 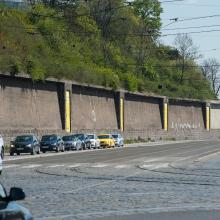 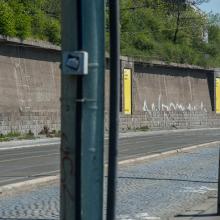 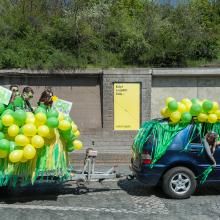 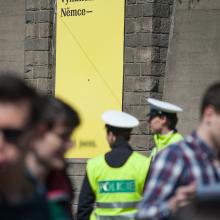