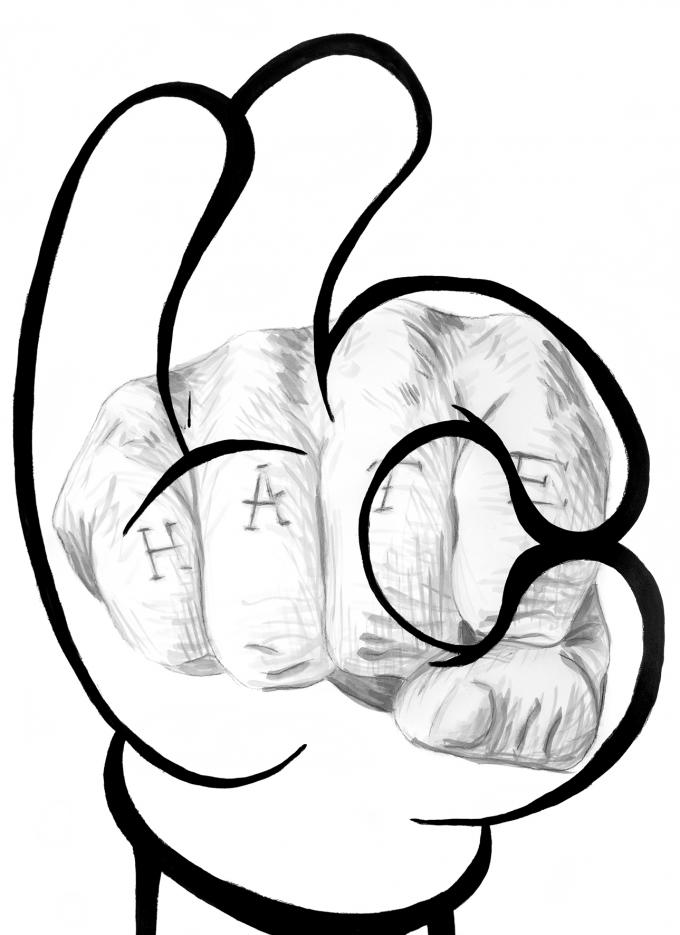 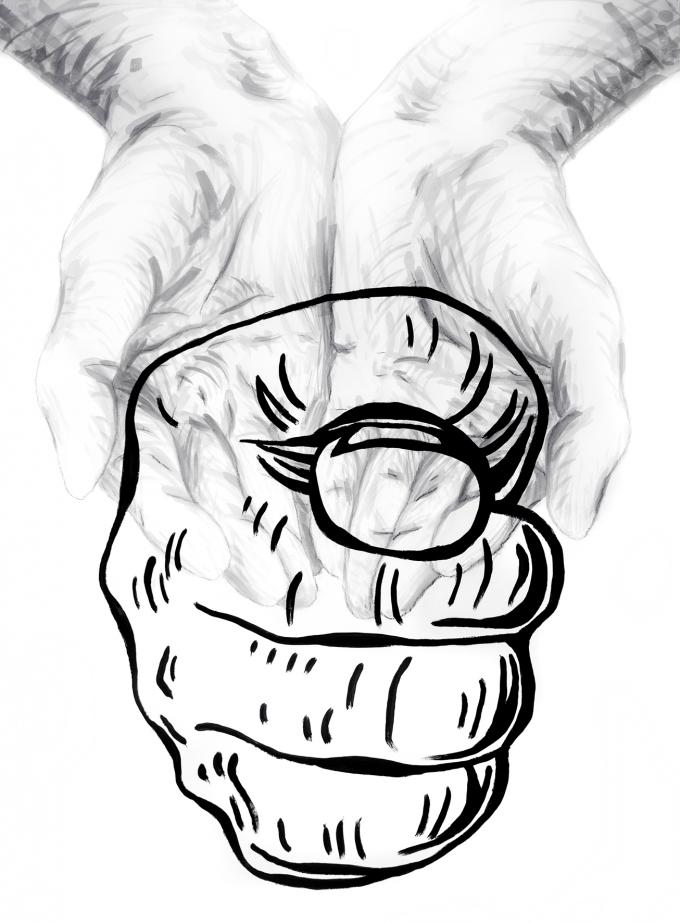 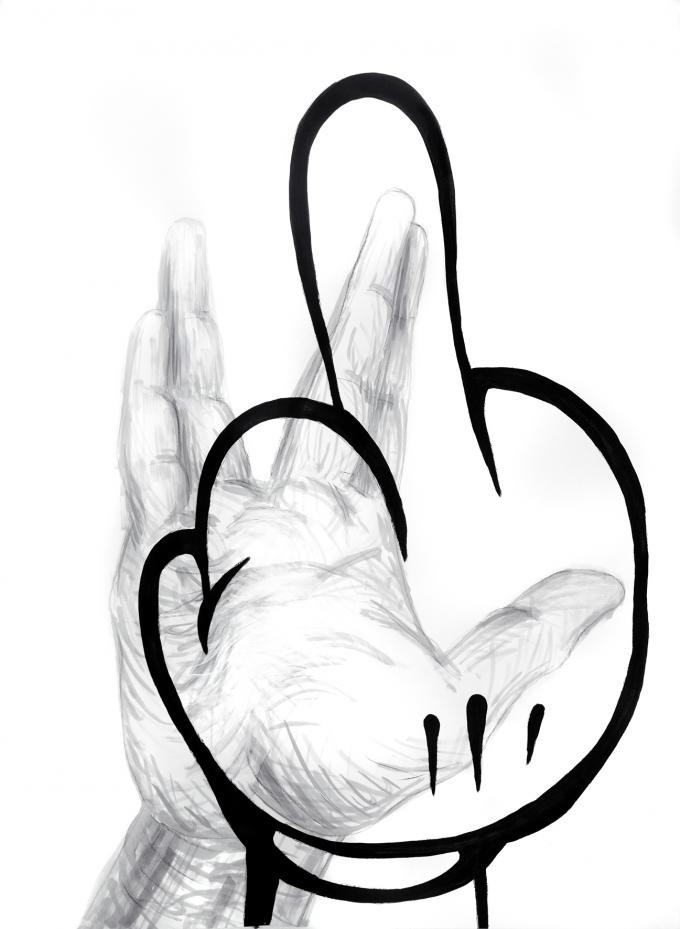 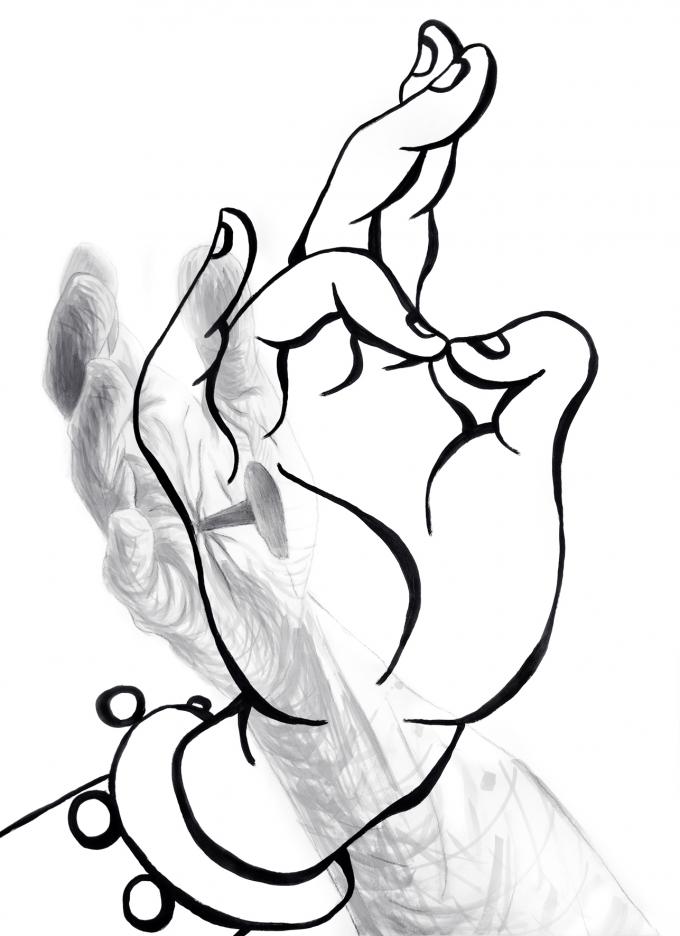 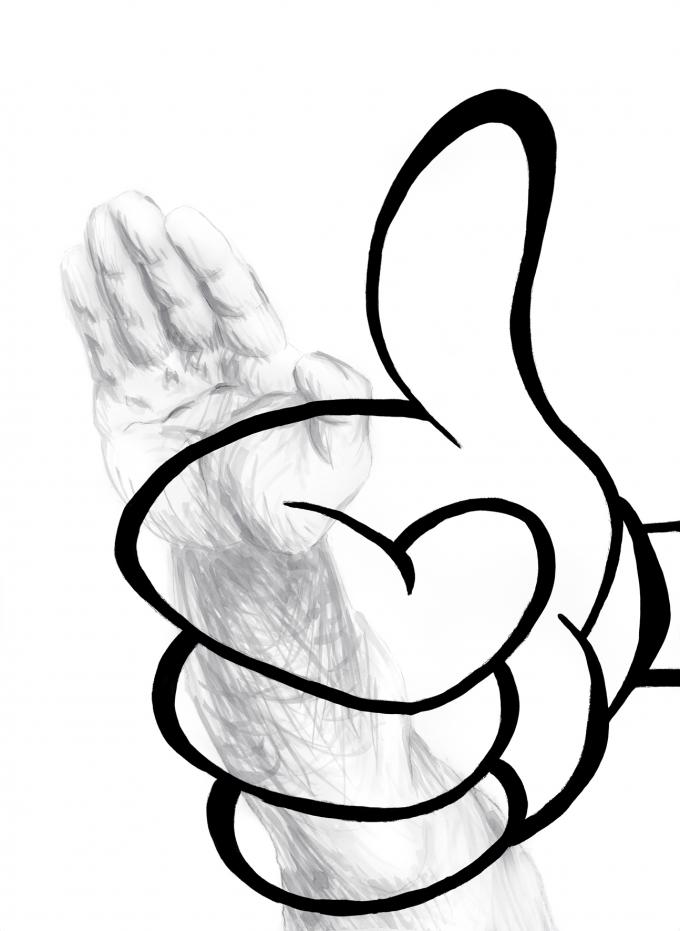 Ján Triaška's exhibition Live Long and Prosper displays hand gestures expressing different ideological as well as general human attitudes and approaches. It depicts symbols that are phenomena of today's reality. There are always two overlapping drawings on each of the exhibition panels: hate gesture combined with a gesture of approval, Christianity and Buddhism, Nazi greeting with the thumbs up symbol. The theme of the exhibition is, according to the author, "tension between groups in the society".

Exhibition of Ján Triaška is based on a classical art genre: study of a hand. In addition to the realistically drawn human hands there are also references to pop culture (Mickey Mouse's hand) and religious depictions (Buddha's hand). Fine ink drawing is confronted with a striking black line. Visual contrast emphasizes the contrast of the content. Innocent gestures overlap with extremist, vulgar, and violent gestures. The title of the exhibition is derived from so-called Vulcan greeting, which is rooted in the tradition of Judaism and means blessing. In Triaška's work, this symbol is confronted with a gesture well known in our cultural environment: the symbol of the middle finger.

Gestures can be means of communication, on the one hand, but on the other, they can also express distance. Gestures could refer to a religion, an ideology, or cultural affiliation. In today's world on all these levels there is a conflict between diverse groups of people, marked by reluctance to understand each other. "The exhibition of Ján Triaška expresses current problem of our time: phenomenon of a divided society, in which individual groups are unable or unwilling to communicate with each other," state the curators of the exhibition Lenka Kukurová and Zuzana Štefková. In art, on the contrary, communication plays a very important role.

Ján Triaška in his works often deals with social and political issues. He comments on his work as follows: "Creating an open society with values based on recognition and tolerance ought to be commonplace nowadays. Contemporary art has an important role in this process: it opens up horizons, provokes, and poses questions. I think one of the tasks of contemporary art is to get involved in the sphere of the politico-social reality we live in. Visual art provides civic engagement with expressive means, enabling it not just to formulate questions but also to present artists’ opinions and ultimately even to call for social change." 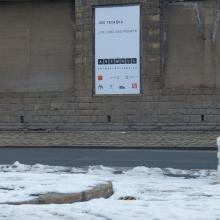 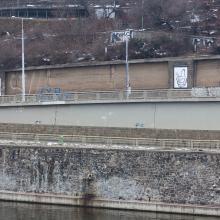 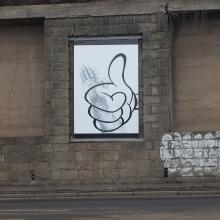 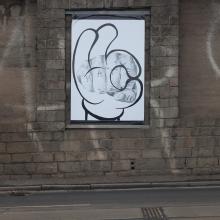 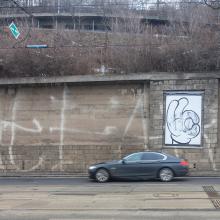 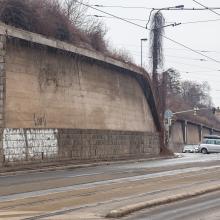 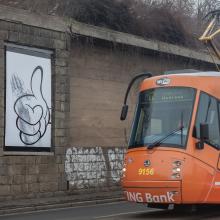 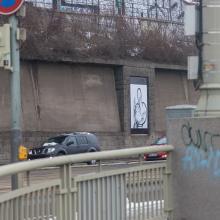 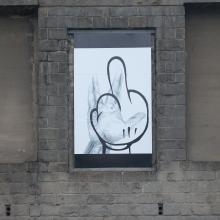 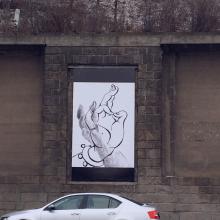 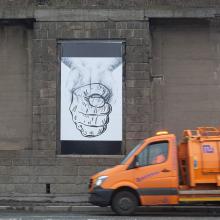 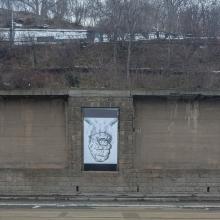