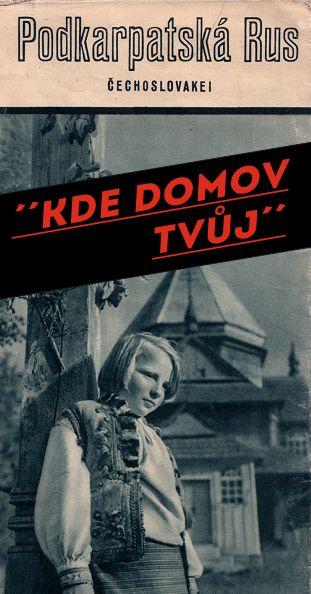 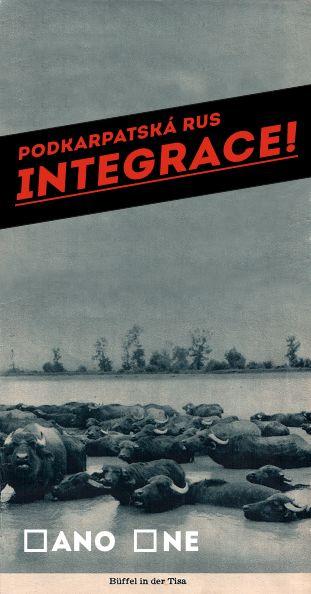 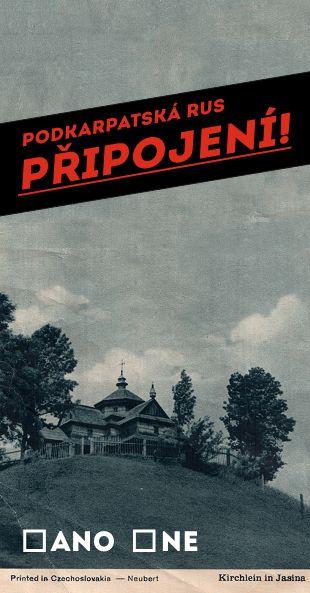 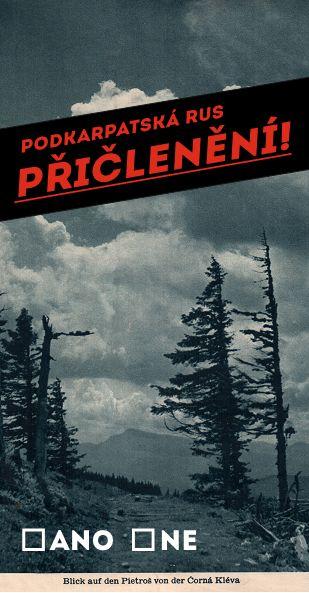 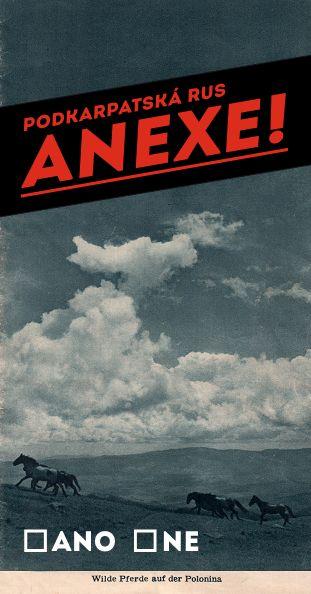 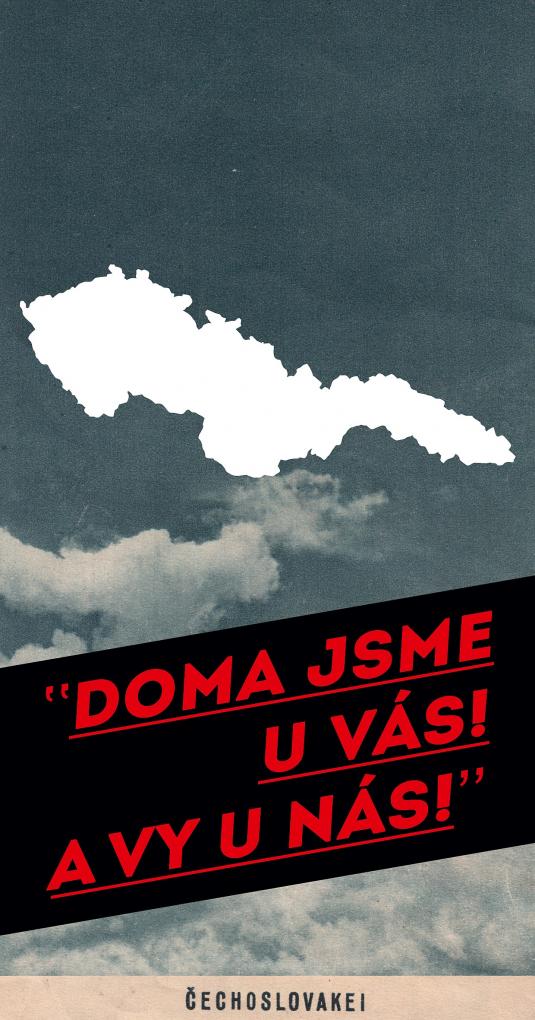 The artistic group Kassaboys created their work Verkhovina as a reaction to recent political events in Ukraine. Massive street demonstrations in support of entering the EU that grew into armed conflict, killing, and the torture of demonstrators, the escalation of extremist sympathies, and finally to the armed occupation of Crimea and its annexation by Russia – these are a shock for many neutral observers.

The situation is so complicated, however, that taking a clear-cut stand is relatively short-sighted. The result can be partial fierce attitudes: the rejection of armed violence and use of military force, condemnation of international rights violations from the side of Russia, but at the same time criticizing the return of extreme nationalistic tendencies within Ukrainian politics. The development of events is so fast and unpredictable that today’s critical artistic fiction might not be so far away from tomorrow’s reality.

In their work, the Slovak art group Kassaboys plays with the theme of tearing Ruthenia from Ukraine. The project takes the form of a marketing campaign for a referendum. Meanwhile it is not obvious for whom exactly the referendum is intended and who is announcing it. As the Kassaboys artistic project is designed directly for the Artwall gallery in the public space and does not openly admit its artistic nature, its ambiguity creates possibilities for conspiracy theories on who is actually behind the campaign for the referendum: Ruthenian separatists, Czechoslovak revisionists, or the power demands of the European Union?

As accompanying visual material for the referendum, Kassaboys utilizes brochures from the interwar period
that advertise the beauty of the region. In view of the events of the Second World War, it is ironic that the original brochures were intended for German tourists. The use of historical material implies the “legitimacy” of annexing the territory, which has not always been a part of Ukraine. The parallel with the annexation of Crimea by the Russian Federation is apparent. The artistic project thus parodies the argumentation of historical geopolitical incorporation and simultaneously points out its danger. Argumentation through historical territorial rights is extremely dubious and it is not possible to establish how far into the past the revision of borders will reach.

The questions on the annexation of Ruthenia are not actual questions; they are cautionary proclamations
symbolizing the impossibility of choice. There are several alternatives on offer which, in the end, mean one and the same. From the campaign, however, it is not clear what state entity Ruthenia is supposed to be annexed to. From the featured map of interwar Czechoslovakia it can be assumed to be a power play of the Czech or Slovak Republics. The work is thus also an ironic reference to their national histories and power tendencies. This reading is also amplified by the title of the work Verkhovina. It concerns the text of a song about the Ruthenian mountains from the 1930s by famous singer František Krištof Veselý, who unfortunately later collaborated with the Fascist Slovak state. The form of the work thus also becomes a warning against awakening slumbering forces and dangerous ideologies. The archaic visual form may refer to types of politics that should not belong among the current political culture.

The artists of Kassaboys are from Košice, where they also live and work. From this eastern-Slovakian city, the Ukrainian border lies less than a hundred kilometers away. It is a strictly guarded EU border that is accessible without a visa from only one direction. The neighboring country, where demonstrators in the streets were recently being fired upon, is a sad reminder of the fact that political development can quickly overtake even the worst imagined possibilities. Every revolution has its victims; the hope remains that it will not devour its own children. Geographical proximity should also mean our increased interest in the happenings in Ukraine.

Ruthenia, as a part of the former Austro-Hungarian Empire and later part of the first Czechoslovak Republic can be considered (alongside Galicia and Bukovina) as one of the regions with high support for change in its geopolitical orientation to the West. This is due to common history and cultural links to European political entities from the past and natural geographical or religious proximity. The easternmost region of Slovakia, inhabited mainly by Slovaks, Hungarians, Rusyns and Ukrainians, was artificially separated from Ruthenia (with an identical composition of inhabitants) after the Second World War. As a result, today we find completely isolated villages where inhabitants call the border of the Schengen area a “new iron curtain” which prevents them from having relations with their blood relatives. The people of Ruthenia are inclined towards EU integration, but are relatively apprehensive on the question of supporting revolutionaries fighting in Kiev and in other regions.

The reason might be fear of the radicalization of conditions in Ukraine that could lead to the labeling of their population with a specific identity as the enemies of the revolution. The fact is that Ruthenia has never in history been a part of Ukraine and it only became such after the fall of the Soviet Union.

The project Verkhovina evokes a fictitious campaign for a “democratic” referendum which, with a certain dose of nostalgia and manipulation, toys with the idea of a “return to a Great Czechoslovakia”, which also includes the region of Ruthenia. Romantic landscape scenes are taken from tourist maps of Ruthenia published in German in the 1930s and form a classic backdrop for the posting of referendum issues. Views presented as supposedly separate options appear to act as synonyms of one and the same choice, or
rather a call for equally vigorous solutions. There are calls for integration including the annexation of the territory of Ruthenia. In the context of the fact that it is part of a sovereign state, the project is also playing with a similar theme of external intervention for the change or revision of national boundaries.

One such effort has currently devolved into the open aggression of Russia in Ukrainian Crimea. Such attempts at opening a “Pandora’s box” of history are still present in our country despite the membership of central European states in the EU. In the end, the meaning of the series could also be in the consideration of this region as a potential part of the EU, with all the contradictions and consequences it entails. 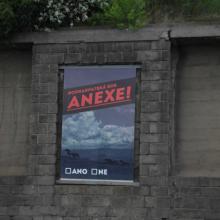 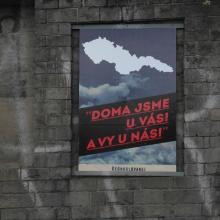 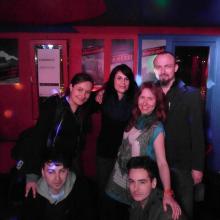