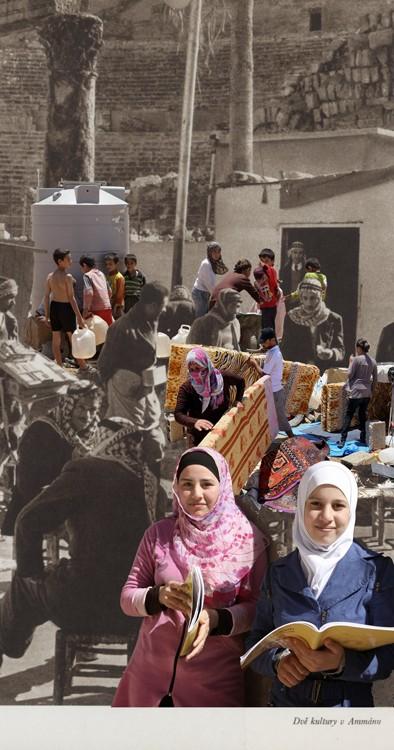 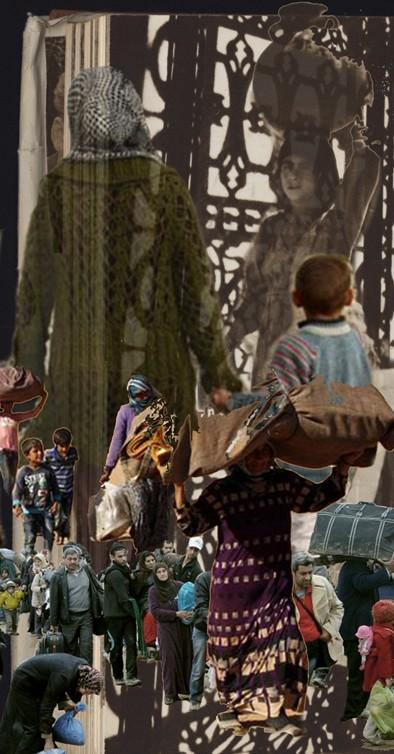 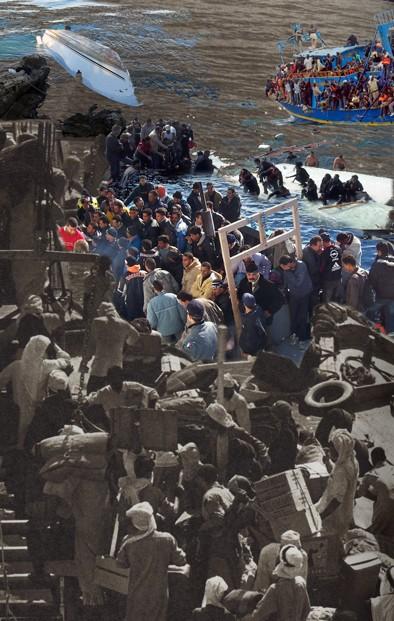 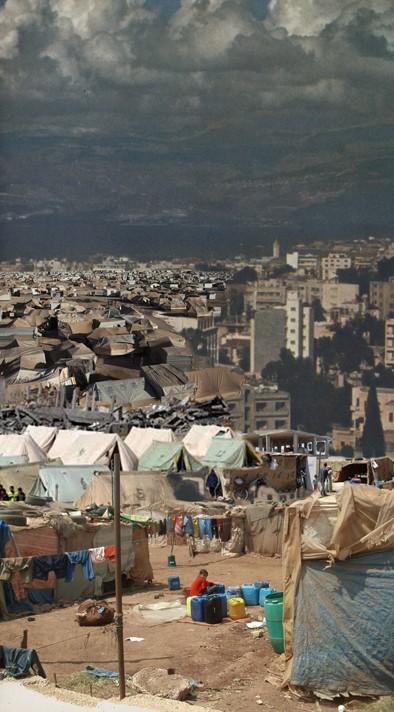 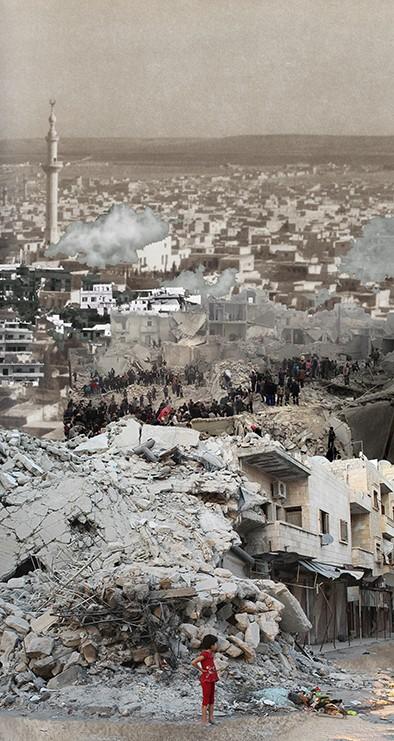 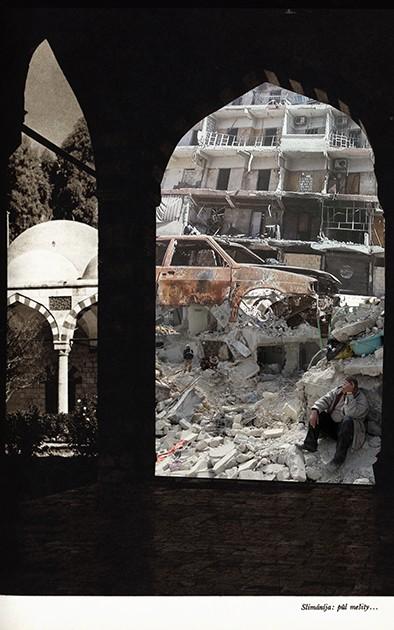 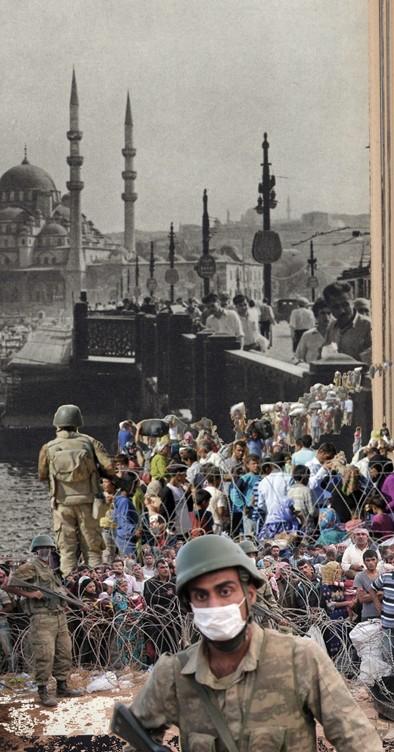 Photos of people behind barbed wire, ruins of houses, crowded ships at the sea. These are the images that flood the media in connection with the refugee crisis. It is with these images German artist Mandy Gehrt works in her project Thousand and Two Nights prepared for the Artwall gallery. In her work however, motifs from refugee camps combine with photographs of exotic, oriental, and romantic scenes. The places are the same: Syria, Turkey, Jordan, Iraq, Lebanon, and Egypt. Yet, while the present photographic material follows the destruction of Syrian towns and traces the paths of refugees, historical photographs come from the expeditions of Czech travelers Hanzelka and Zikmund through the countries of the Middle East and North Africa, which took place between late 40s and early 60s.

"The project responds to the growing islamophobia in the Czech Republic and Germany. Because of the timely character of this topic, I consider it important to give an artistic statement and lead a public discussion”, says the author of the exhibition.

While today among large part of Czech population every mention of Muslims provokes feelings of aversion and fear, in books describing their journey through the Orient, legendary travelers show admiration for the proud and hospitable people, with whom they met during their travels. These ordinary people are mentioned in the preface to their book The Thousand and Two Nights: “Sheiks and ministers come and go, neither kings or presidents stay forever. But Salims and Leilas remain." It is these ordinary people, however, that are put in motion and leave their homes today as a result of what the International Red Cross described as the worst humanitarian crisis since the end of WW2.

Curator Zuzana Štefková adds: "The project by Mandy Gehrt is not only appealing for solidarity with people who find themselves in distress, but also evokes a specifically Czech historical role in the Middle East and North Africa. Socialist Czechoslovakia considered Syria as its strategic partner and exported weapons to Syria as well as to other Arab countries. Considering our political ties in the past, today’s resistance on the part of the Czech public to accepting refugees and indifference to the fate of these people seems to be a one big hypocrisy."

Zikmund and Hanzelka were able to travel the world at a time when it has been impossible for most people in the former Czechoslovakia. Even the travellers themselves considered emigration. "Mandy Gehrt is using photographs from the time when many citizens of the Eastern Bloc fled abroad for a better life. The paradox is that the current situation of refugees solicits little understanding even if many flee their homes because of war," says the curator Lenka Kukurová.

The accompanying program will consist of a discussion on the situation of refugees and Syrians in the Czech Republic. It will be realized in collaboration with the National Gallery in Prague on Sept 19, 2015.

The project was kindly supported by Czech German Future Fund. 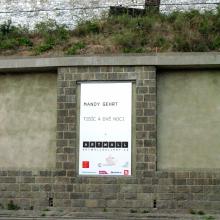 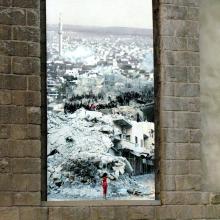 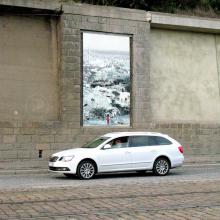 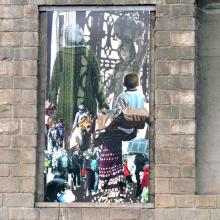 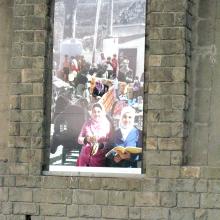 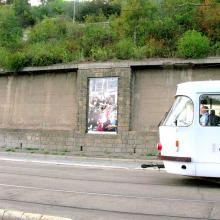 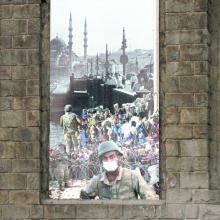 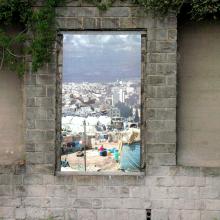 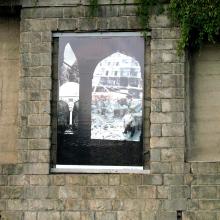