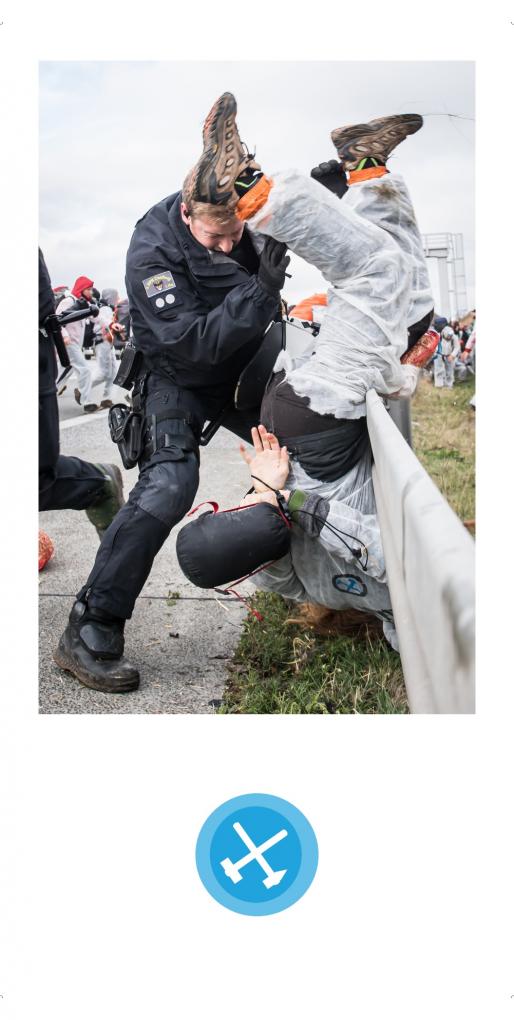 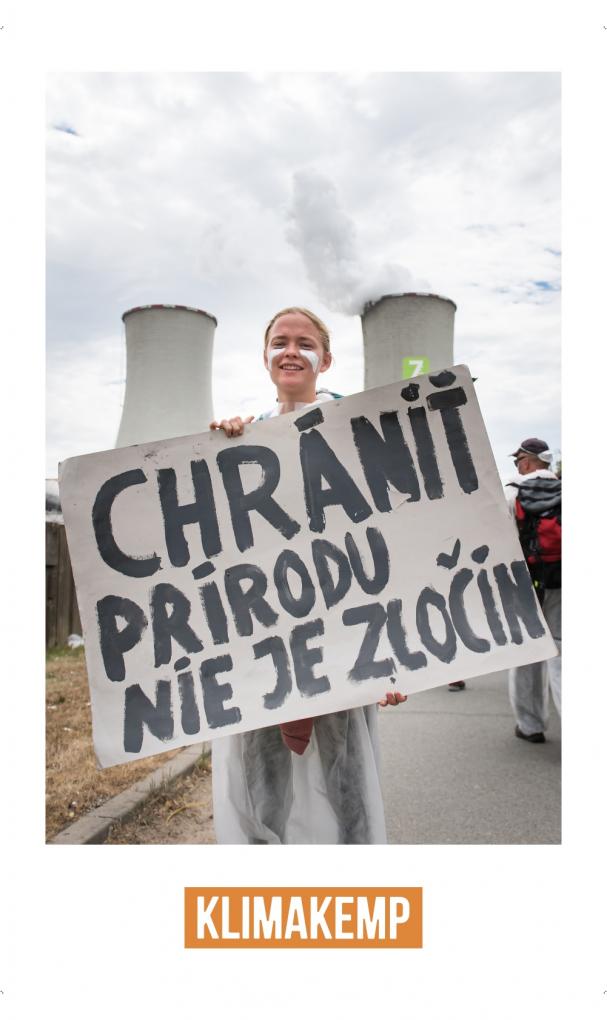 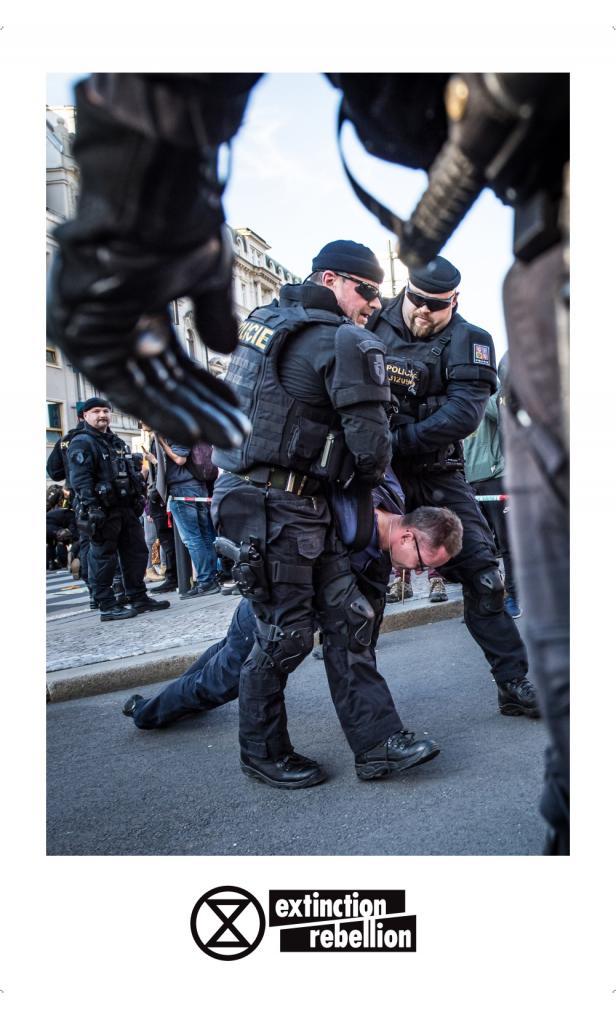 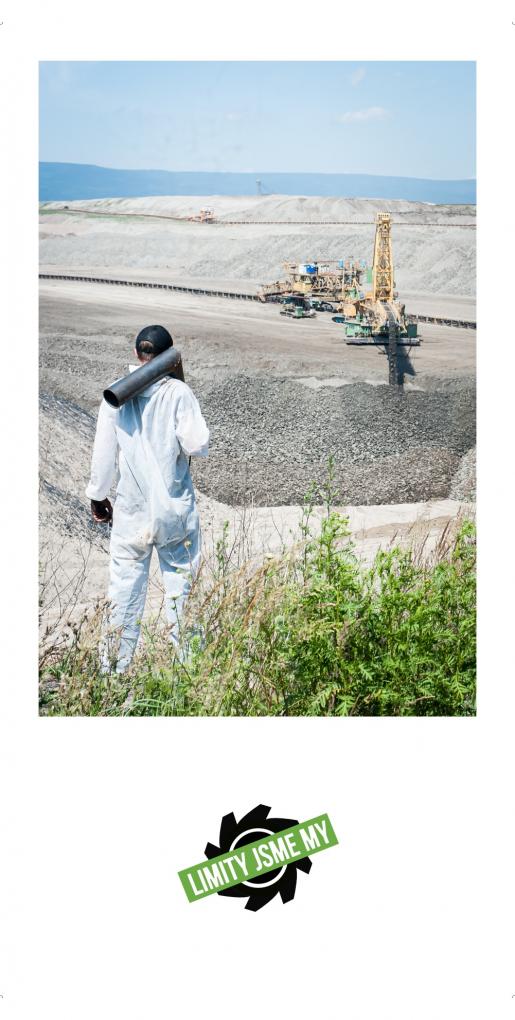 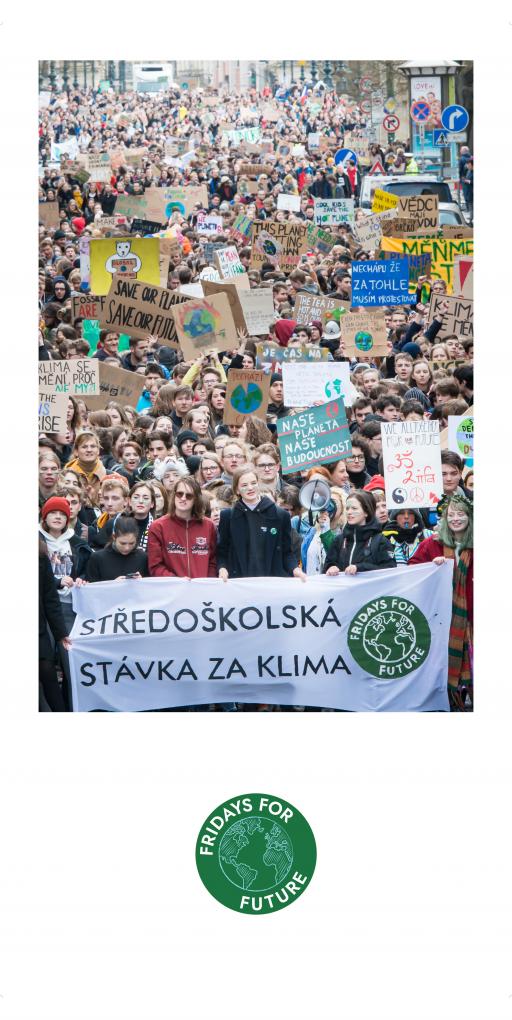 Thirty years after the Velvet Revolution, environmental issues remain marginalized by Czech political representation. Yet, it was the protection of the environment that, together with the strife for democracy and human rights, fueled the desire for change in 1989. Today, as in November 89, especially young people struggle for a responsible attitude to the environment.

The exhibition Climate Revolution in the Artwall Gallery, as well as a wider selection of photographs by Petr Zewlakek Vrabec presented at the premises of the National Technical Library, showcase some of the civic movements entering the imaginary barricades of the climate revolution. The photographs document the non-violent actions of Limity jsme my, Fridays For Future, Ende Gelände and Extinction Rebelion, and map out forms of civil disobedience directed against a policy that puts individual profits above climate and social justice.

Petr Zewlakk Vrabec is an activist photographer who has been documenting climate protests in the Czech Republic and Germany for several years. He participates in non-violent protests and uses his lens to record events from close distance. His photographs depict not only the determination of the protesters, but often times also excessive police violence.

Curators Lenka Kukurová and Zuzana Štefková comment on the project as follows: “Petr Zewlakk Vrabec’s exhibition shows the parallels of current climate activism with the student movement in 1989, which started the Velvet Revolution. As thirty years ago, young people are now faced with a power that does not hesitate to use violence to silence criticism.”

The conclusions of the UN Intergovernmental Panel on Climate Change published this September highlight that the impacts of greenhouse gas emissions are greater than what scientists have anticipated. We are in a situation where our current inactivity will inevitably lead to a global climate catastrophe. These conditions led to the rise of global ecological movement demanding adequate responses from those in the position of power. If there is an issue that has a global revolutionary potential today, it is undoubtedly the climate crisis.

Yet many politicians are downplaying the threats of global warming and engage in ridiculing climate activists. There is also a violent suppression of civil disobedience by means of repressive forces. However, as in November 89, documentary photography bears witness to the moral power of nonviolent resistance.

Photos of the author: https://a2larm.cz/bio/petr-zewlak-vrabec/

The exhibition is organized with Limity jsme my (Limits are Us)

The project is realized with kind financial support of the Czech Ministry of Culture and the City of Prague.

Text of Radek Kubala from the movement Limity jsme my:

The next (velvet) revolution will be against fossil fuels

Thirty years ago, people rose against the oppressive power of the communist regime to gain freedom and human rights. They decided not to obey the ruling party's orders and existing laws, and stood up. They were disobedient and were answered by batons and police repression. Yet, the legitimate resistance of the people to the regime intensified to such an extent that it could not be ignored. The regime fell and with the advent of democracy people gained their rights. These include, among others, the right to healthy environment and the future, as stated in the Charter of Fundamental Rights and Freedoms.

The climate crisis caused mainly by the extraction and combustion of fossil fuels is a profound systemic problem. It destroys living conditions for most people on the planet, deepens poverty and steals the future of the young. The climate movement points out that although a handful of rich people makes money from the extraction and combustion of coal, oil and gas, climate change is affecting mostly the poor, especially from the global south. Even in the Czech Republic billions go to the accounts of Daniel Křetínský or Pavel Tykač, while drought causes problems for farmers and the result is a rise in the price of staple foods. In the countries of the Global South, these changes are devastating.

All around the world, millions of people are raising their voices to protect the planet and to change the course that is currently driving us into the abyss. On Fridays they strike instead of going school, they occupy city streets, organize creative happenings, and block coal infrastructure. Like thirty years ago in Czechoslovakia, these people are disobedient. Together, they create alternatives to a system based on devastating mineral extraction, fossil fuel combustion and boundless consumption.

The photographs of Petr Zewlakk Vrabec show people who do not hesitate to face the biggest challenge of the 21st century. They are not afraid to take a blow to protect the future of humanity from the impact of the greed of coal and oil corporations. They demand a rapid end to coal mining and burning, changes in transport and agriculture, and justice for people already facing the effects of the climate crisis. They shout out loud and clear what scientists around the world have been saying for decades: that without systemic change we cannot avoid global disaster.

As we did thirty years ago, we must now stand side by side. Join in because only the united power of people can defeat the tremendous power of money. Let us organize and oppose destruction. The next (velvet) revolution will be against fossil fuels and for climate justice.

Radek Kubala, Movement Limity jsme my (Limits are Us)

photo of the exhibition at Artwall: Martin Micka

Downloads
vrabec_pozvanka_EN.pdf
Photos of the exhibition 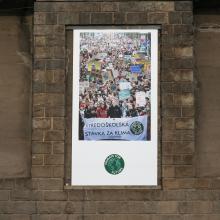 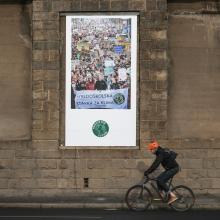 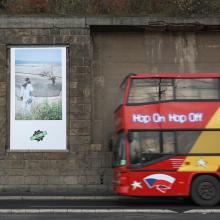 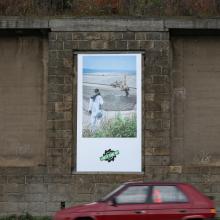 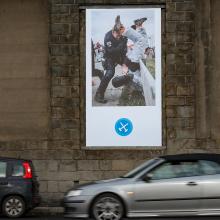 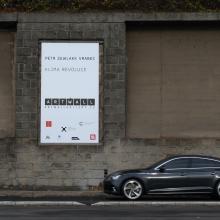 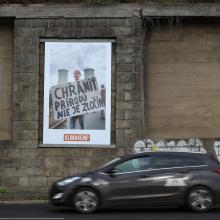 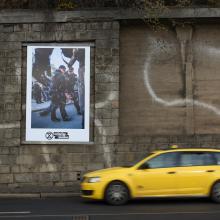 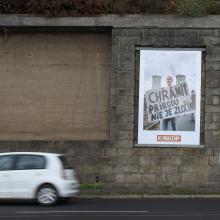