Galerie c2c in Prague and Galerie HIT in Bratislava in cooperation with Student Agency are organizing the VIDEOBUS event, or the week of contemporary video on the bus lines Prague-Bratislava and Prague-Košice (and back) as part of Multiplace - an international festival of new media culture, which will take place 21 - April 30, 2006 mainly in various places in Slovakia and the Czech Republic, but also in Austria, Great Britain, the USA and Egypt.

Multiplace and its 5th year is prepared by a group of independent organizers focused on various forms of contemporary culture. Within Multiplace, art, science and research, political and social topics meet modern technologies. The festival's outputs cross the boundaries between individual media and art forms, and often function on the basis of interactivity, whether it is exhibitions, presentations, lectures, concerts or workshops. However, multiplace is not a classic festival, it rather resembles a set of points in space-time connected to a virtual network.

This year's joint project of the HIT Gallery from Bratislava and the c2c Gallery from Prague directly responds to the basic feature of the festival, which is the phenomenon of virtual interconnection and networking of the world. The exhibition project presents a current video outside the gallery space - on board Student Agency buses running between Prague and Bratislava and Prague and Košice. 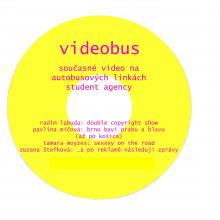